You are here: Home/ Articles/ Work Abroad/ Blogs/ A Day in the Life: Working Holiday in Australia

A Day in the Life: Working Holiday in Australia 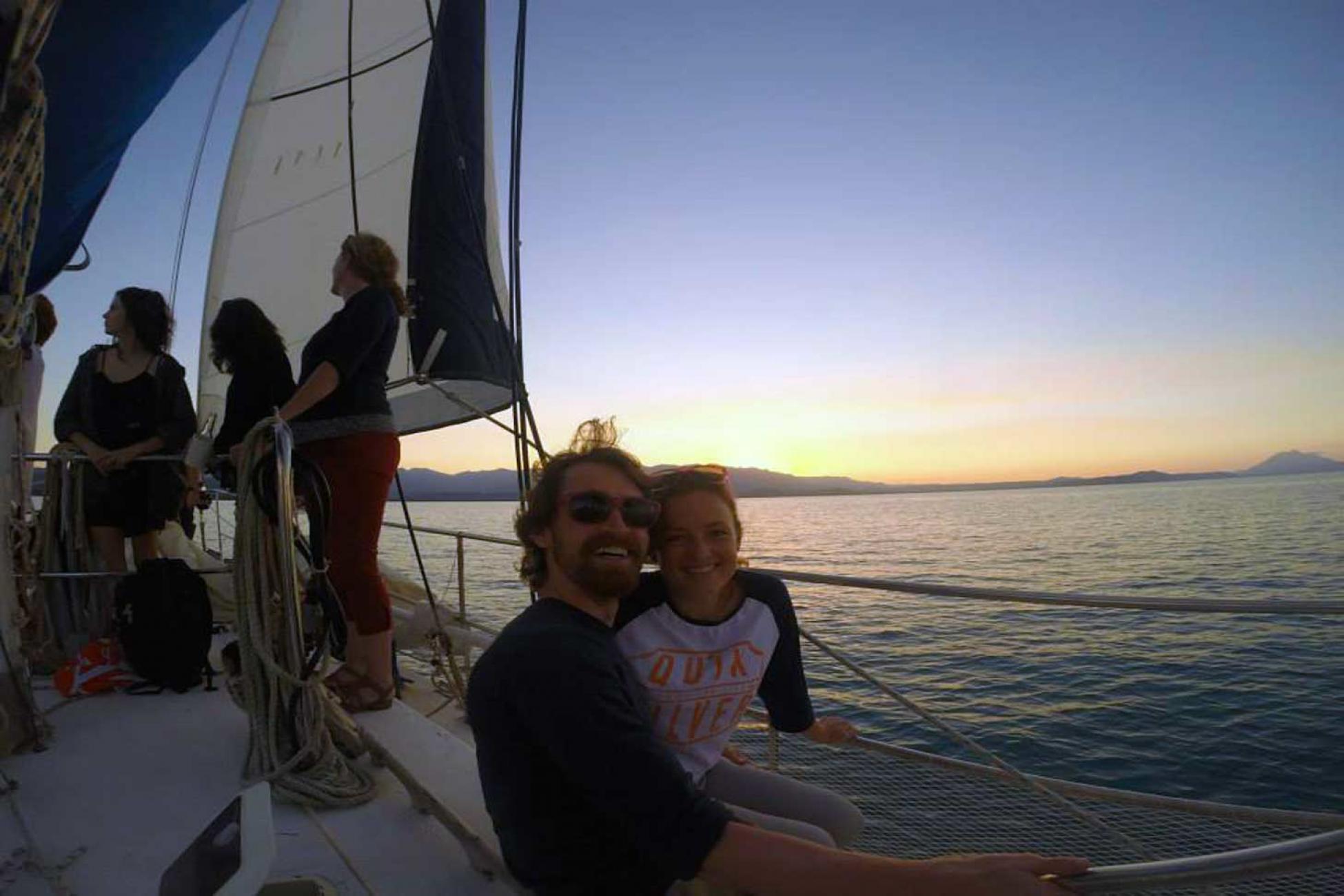 There's no better way to see a country than to live in it.

For what, as part of the larger picture, amounts to a pretty unique experience—moving around the map in search of new jobs and new adventures—the day-to-day reality of a working holiday is much like anything else: routine. But it’s also in the daily grind, in the common occurrences of your new world that go almost unnoticed, where the biggest differences to life back home can be found.

There are six people sharing the four-bedroom house where I stay in the young family neighbourhood of Port Douglas. One is a chiropractor originally from Oregon who has lived in town for over 10 years. He makes and passes around blended cocktails of passion fruit, papayas and other tropical things I can’t identify, while talking about his favourite conspiracy theories and rock musicians. There are two French girls my age working to save for their trip to Uluru, Perth and then Thailand. And there is an Australian who spends half the year as a tour guide in the Daintree Rainforest and the other half in a small village in the Philippines. Then there is my boyfriend and me. The language barriers, the age barriers, and the varied quirks of our housemates—for better or worse—keep us all on our toes.

The sky is pale at the early hour of 6:30am when I usually peddle to work and, since it’s winter in the tropics, a morning chill often hangs in the air. That will burn off in an hour or so. It’s a 20-minute cycle to my first job at Little Larder, a breakfast and lunch café on Macrossan Street, the hub of all business in town. First, I pass the immaculate palm-scaped lawns of my neighbours, whose driveways house work vehicles for the IGA supermarket across the road, for Port Douglas Automotive, Dragon Lady Fishing Charters and other local businesses that supply this tourist town.

The scenery changes from single family homes to a string of resorts as soon as I hit the only road leading in and out of town. In those early hours, I’m passed mainly by the mega busses of Quicksilver, the largest scuba diving operator in Port Douglas, and smaller shuttles for the handful of companies running tours to the Daintree, Cape Tribulation or Mossman Gorge.

A large road construction project has turned Port Douglas Road into a bottleneck all winter, so I detour onto the sidewalk and past the town graveyard, past the backpacker’s resort where I lived in a tent for my first month , past a string of smaller motels and guest houses and finally into town.

At Little Larder, I spend the day in my running shoes scrambling to take and drop off orders of Eggs Benny or pulled-pork tacos, piccolo lattes and half-strength soy cappuccinos. Some of our customers are local regulars and some are holiday regulars, who form a bond with you for a week as the temporary keepers of their caffeine fix, and on their last morning in town they try to squeeze in a quick visit before the airport shuttle arrives. Always they’re interested in what accents the waitresses carry and what brought us to Far North Queensland. It’s a buzzing little café and we don’t stop moving. By 3pm when it’s time to pack all the tables and chairs up and close shop for the day, I’m covered in sweat and coffee and very ready for a chair.

My break is usually spent hanging around the park, the beach, the pub or back at home. There is no shortage of sunny spots with a view to while away a few hours in this town. In the evenings, I head to my second job at the Port Douglas Yacht Club. A small, open-air building situated on the inlet just far enough off the beaten track, you have to know about the place to wander in. I work behind the counter of the casual restaurant, taking orders, doling out table numbers and running food to a crowd of mostly locals and long-time vacationers to the area.

The yachties, the worn and weathered members of the club, loll around two high-top tables in the deck corner that makes up the smoking area. Gary is the Vice Commodore and often the leader of the social circle. He’ll wave me over, put an arm over my shoulder and talk about his latest sail up the coast to Cooktown, where he has a plot of land and where he fantasizes about buying a bunch of old farm equipment and building a giant “Bobcat soccer” tourist attraction. Lately, though, much of his time has been spent in Cairns getting intensive treatments for his severely sun-damaged skin. Boots, a round and tanned man with long curly hair, walks around with a top hat on his head and no shoes on his feet gruffly welcoming visitors as they walk in the club, whether they want to be welcomed or not. Pete, a mild-mannered Aussie bloke, and his dog Lochey have hosted my friends and me on his boat for two of the Wednesday night local sails.

Sunday afternoons I do a special lunch shift at the yacht club and it’s usually at this point in the week— when I can look out at the glistening blue green water of the inlet from behind my counter—that I remember to appreciate how very different Port Douglas is from anywhere I’ve lived before. Mountain peaks of dense forest with patches of exposed rock hang in the background, turning different colours at dawn and dusk, no doubt hiding many deadly beings.

We’re in what is tagged the Wet Tropics and with that comes a whole heap of interesting neighbours. Crocodile warning signs are posted near most waterways. Today, my boss at the yacht club told me he found a croc while walking around a man-made lake in the neighbourhood next to ours with his wife and child. Another showed up to spectate in the middle of his golf game last week. Less intimidating, in the bathrooms at the yacht club there are posters of a funny looking marsupial called a bandicoot, with warnings not to feed the shy native species.

On my cycle home the other night, a dingo popped out of the woods and began trotting casually behind me. While the wild dogs aren’t too common in this area, it’s testament that you never know what’s hanging around just inside the thick cover of the rainforest. Another friend I see nightly is Steve, or so I’ve named all the awkward and long-legged Curlew birds I see hiding in the shadows along Port Douglas Road.

Back home at night I spy a few geckos shimmying along the walls of the house. Some are albino and some a greenish brown. One often visits my room and we’ve nicknamed him Big Rich, after a friend of ours who recently left Port Douglas. He comes and goes as he pleases, making a quick appearance in a mad wiggle up the wall and then disappearing behind the air conditioner unit.

Finally, at the end of a long day, I turn off the bedroom lights and hear a loud croaking response from outside my window. Big Rich and his friends, sounding more like large toads than tiny lizards, are saying goodnight.