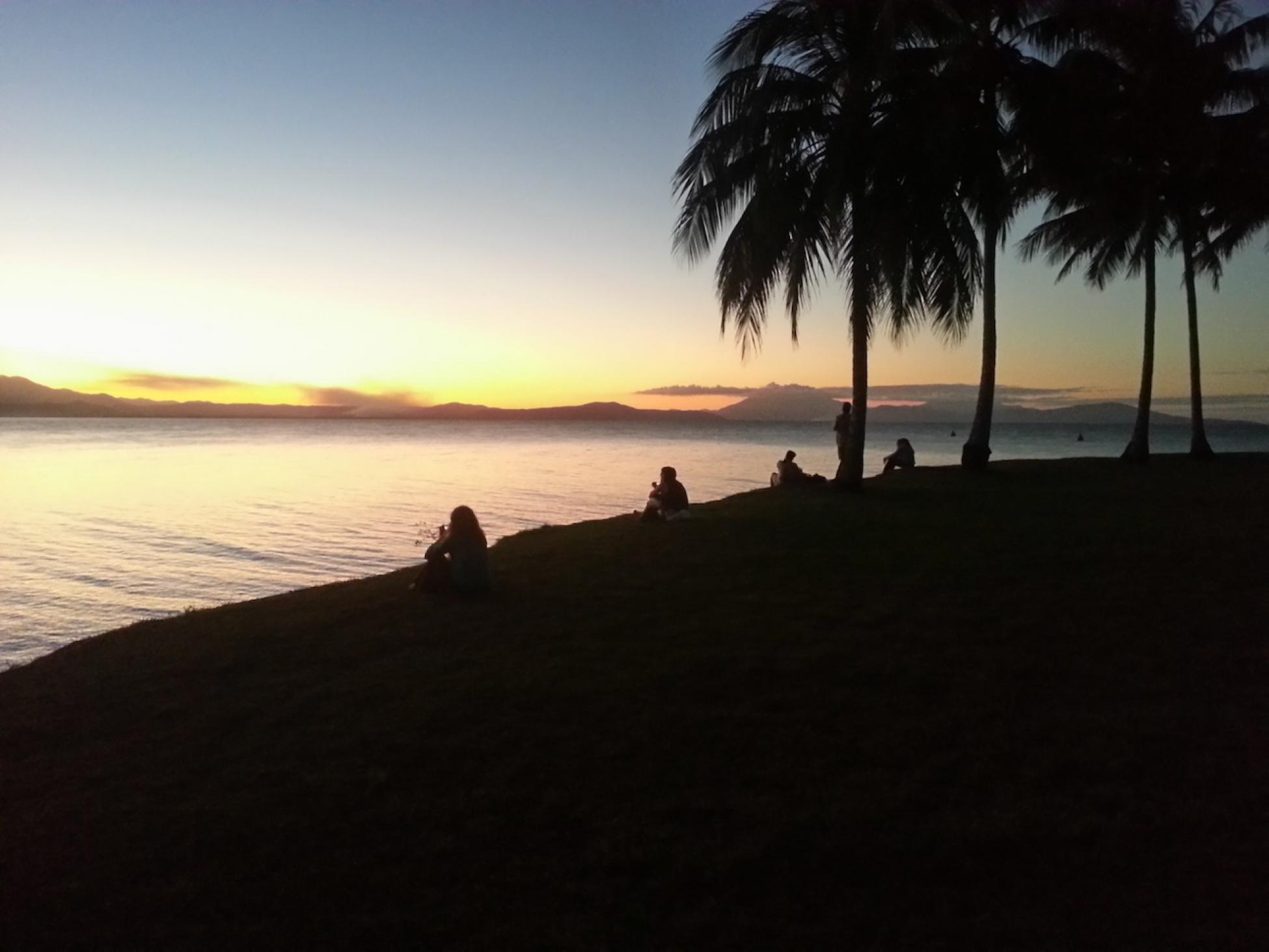 Taylor struggles with homesickness in the midst of her second working year abroad.

I was going to write this blog post about the struggles of feeling travel weary while living abroad. For a week I had been trying to sum up the vague feelings of homesickness and loneliness that I’ve felt on and off since moving to Port Douglas and about the confusion I feel trying to plan what will happen when I leave Australia. I’ve also been obsessing over the past—places I’ve lived that feel more right than where I am now. I’ve been trying to figure out what it takes to make me happy in a place and why I feel like there is a lot missing for me here, because by most people’s standard I am living in paradise.

But it only takes a few small, positive experiences to realize that it’s your perspective that needs changing and not necessarily your surroundings.

My boyfriend and I moved from Victoria to Port Douglas, a small tropical resort town in Far North Queensland, about a month ago. When we arrived we moved into a backpackers’ resort in town, and although I don’t really like living in hostels for long lengths of time anymore, our home for a month was a mammoth tent on the property kitted out with electricity and real beds—just one more interesting “first” to catalogue. I found two different waitressing gigs within that first week, one at a popular cafe on the main street of Port Douglas and another at the local yacht club.

A former fishing village, Port Douglas was only developed in the late ‘80s and anyone who calls this place home most likely relocated no earlier than 20 years ago. First impressions were that we’d moved to this beautiful peninsula in the middle of the rainforest. But Port Douglas is half playground to the wealthy of Melbourne and Sydney and half small town with a small town dynamic. So second impressions were that it wasn’t the down-to-earth beach community I’d expected. I was warned by a local to be careful who I talk to in the grocery store, for fear of my reputation.

But then, being a backpacker, no one cares much about you anyway. You’re in the wind. You get to be above the rules. After the initial bout of being homesick that tends to spring up for a few weeks each time I move, I settled into a nice routine: mostly working and time off filled with hanging out on palm-fringed Four Mile beach, swims in the ocean, a couple Wednesday night sails at the yacht club, bike rides and barbecues with our two friends who had joined us in Port Douglas. It was by no means a bad way to spend my time. Just as I was getting really tired of hostel life we found a room to rent in a house with four other people in the quaint “young family” neighbourhood of Port Gardens. In short, what did I have to complain about, right?

But against the backdrop of this pleasant lifestyle, I have been questioning everything. I have doubts if I’m still out travelling for the right reasons. I daydream about sticking to one spot for longer than three months. I’ve become way too nostalgic. The other day, my mom mentioned she had spent the evening sitting on the back porch of our home in South Jersey with a book and a glass of wine. It’s one of my favourite ways to spend a summer night at home. I know the sounds of the neighbourhood and the cicadas in the trees and can feel the slouch of the deck chair cushions underneath me. I ache for it.

Out of the blue a few days later, I became fixated on the daily routine I had when living in Queenstown, New Zealand. The early morning walk to the staff bus, running out of my apartment with a wet head in the cold, snow pants swishing, ski bag over my shoulder, mug of coffee in my hand. . .the smell of fireplaces lighting up as the sun sank behind the mountains on that same walk home in the evenings. All things you don’t pay much notice to until you leave a place.

Often times I end up beating myself up, going back and forth between wanting whatever it is I don’t have at that moment and reprimanding myself for not enjoying what I do have and what will soon be gone. I’m constantly telling myself while travelling that I need to remember how lucky I am, even at those times when I feel the most lost and aimless.

But what’s dawned on me in the last few days, something I realize time and time again, is that I need to cut myself some slack; that, as a traveller. Feelings of anxiety, loneliness and doubt are not bad things. They come with the territory of living an uprooted life, of living any life, and they are perfectly okay feelings to have. In my experience, it’s when I’ve been in such a mindset that I learn the real lessons.

What I have in Port Douglas is a glimpse into a certain lifestyle in a rare and magnificent part of the world. Last week on my day off, three of us borrowed a car and drove an hour north to World Heritage-listed Daintree National Park for a river cruise. We spotted crocodiles and azure kingfishers and other birds and creatures you won’t find outside of the rainforest. On the way home we pulled off a side road behind a patch of sugar cane where there was a hidden fresh water swimming hole to splash around in. That night I went home to my bed, woke up the next morning and went to work like everyone else. When I leave Port Douglas, I’ll take with me a collection of moments like that one and they will become part of my travelling anthology.

My sister, who is always full of good advice, passed on a piece of wisdom yesterday. The mother of her close friend always told her daughter, “You can do everything you want in life, you just can’t do it all at the same time.”

Right now, I’m on a working holiday in Australia.