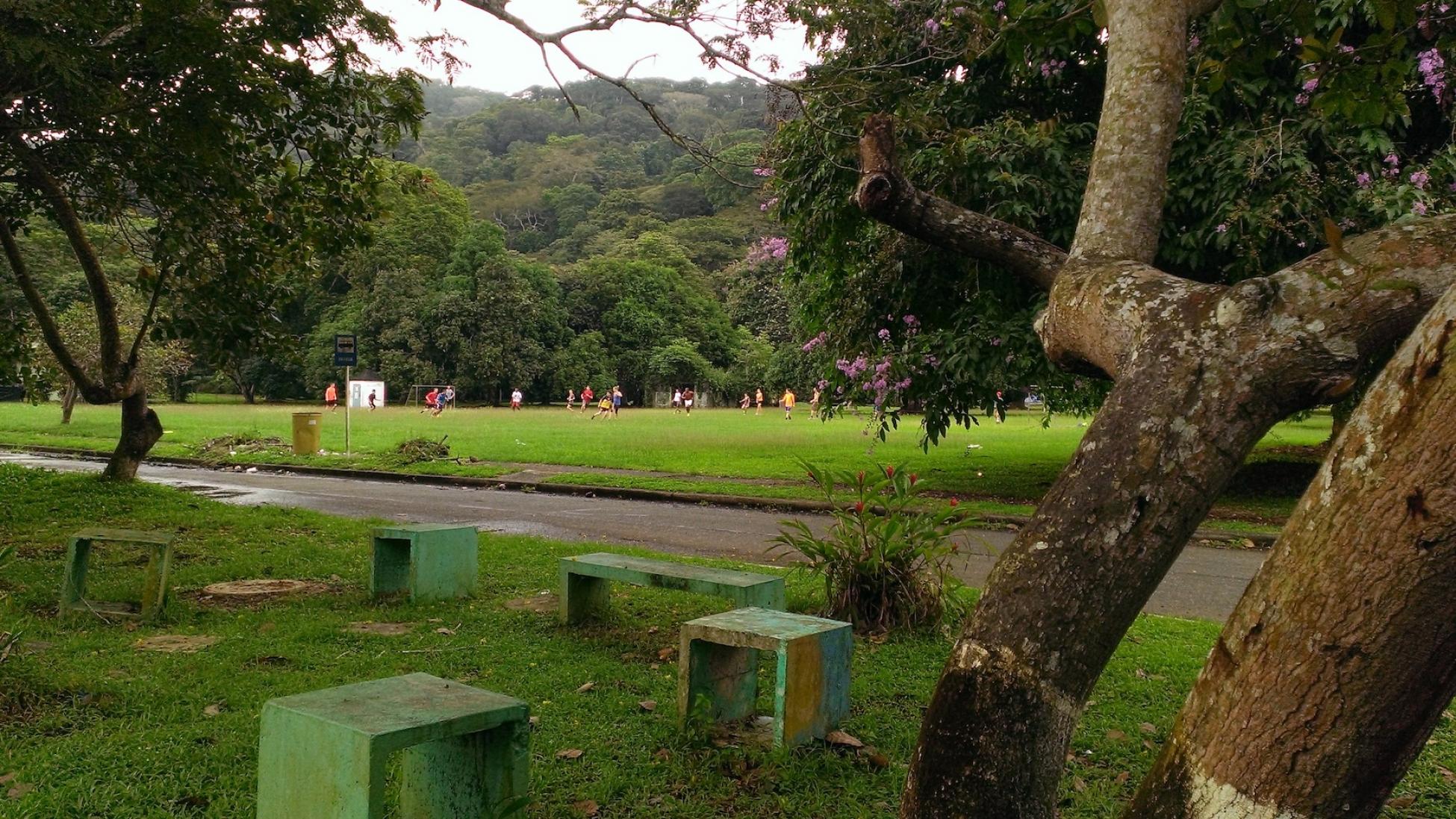 World Cup fever is in the McDonald's Combos de la Copa promotion, the más movil phone company text message ads and on the soccer jerseys of every other passerby. During World Cup games, a crowd gathers in the mall around each TV, whether in an open-front sports bar or a department store. When my housemates start a pickup game on the Taboga shore, other beachgoers rush to join in. While in Panama, I have witnessed the clear global passion for soccer.

I, however, had barely kicked a soccer ball until one Wednesday after work in Gamboa.

“Hey! It’s Wednesday! I can’t wait for this afternoon,” chatted two interns loudly on the morning boat to BCI before they took their respective naps.

“Are you coming to the game?” I heard them talking again on the boat coming back from BCI.

“Anyone up for a game of football?” Our STRI neighbors climbed the stairs to our flats to invite us. I had made plans to make trip to the grocery store, but my housemates convinced me to play instead. I ran back inside, tied on my running shoes to stand in for cleats and raced to join my peers for the walk over. If nothing else, we would make some new friends.

Each Wednesday, the STRI interns organize a pickup game of football in the potholed-field with the two holey nets by Gamboa’s downtown area. By “downtown, I mean two blocks of pastel-colored houses built a hand’s width apart from each other, a 9-square metre convenience tienda, a playground, a cluster of benches and a post office along the road by the Canal.

The teams were designated Gringos versus Latinos and the informal faceoff followed. That first week, among my team of players from England, the Netherlands and the United States, I found some beginner’s luck, which means that the ball never hit me in the face—because I ducked. Everyone else seemed to routinely go after the ball with their cranium.

If I ever chased a ball down successfully, I putted it off to someone else.

I learned the boundaries as we went; the hazy edge of the mowed field on one side and the trunk of a shady, droopy-branched tree on the other. The passion of our European and Central and South American compañeros for soccer surpasses following their national football teams in the World Cup. They are hardcore futbolistas as well.

The opposing team’s players hailed from Colombia and Costa Rica, making for an evenly-matched game.  As the sky started to turn to dusk and the mosquitoes commenced their vicious attack, the game stood tied at 2-2. One of my flatmates, Vanessa, had been on the Latino offensive, closing in on the goal all game and she was due. The ball whizzed between players passing it up the humble field and Vanessa’s placement was perfect. She stroked it past the keeper and everyone cheered because we couldn’t think of a better closing play and the mosquitoes were becoming insufferable. To escape them faster, we piled into a pickup truck, smiles plastered to our red faces.

I faked my knowledge of the game that day, but I would like to learn more, to follow the World Cup, to improve my game skills and to forge my connection with my worldly neighbors. Still sweating in the saturated air and slapping away the mosquitoes, I sat, a part of the soccer camaraderie, at least for the two kilometres back to our house on the Ridge.