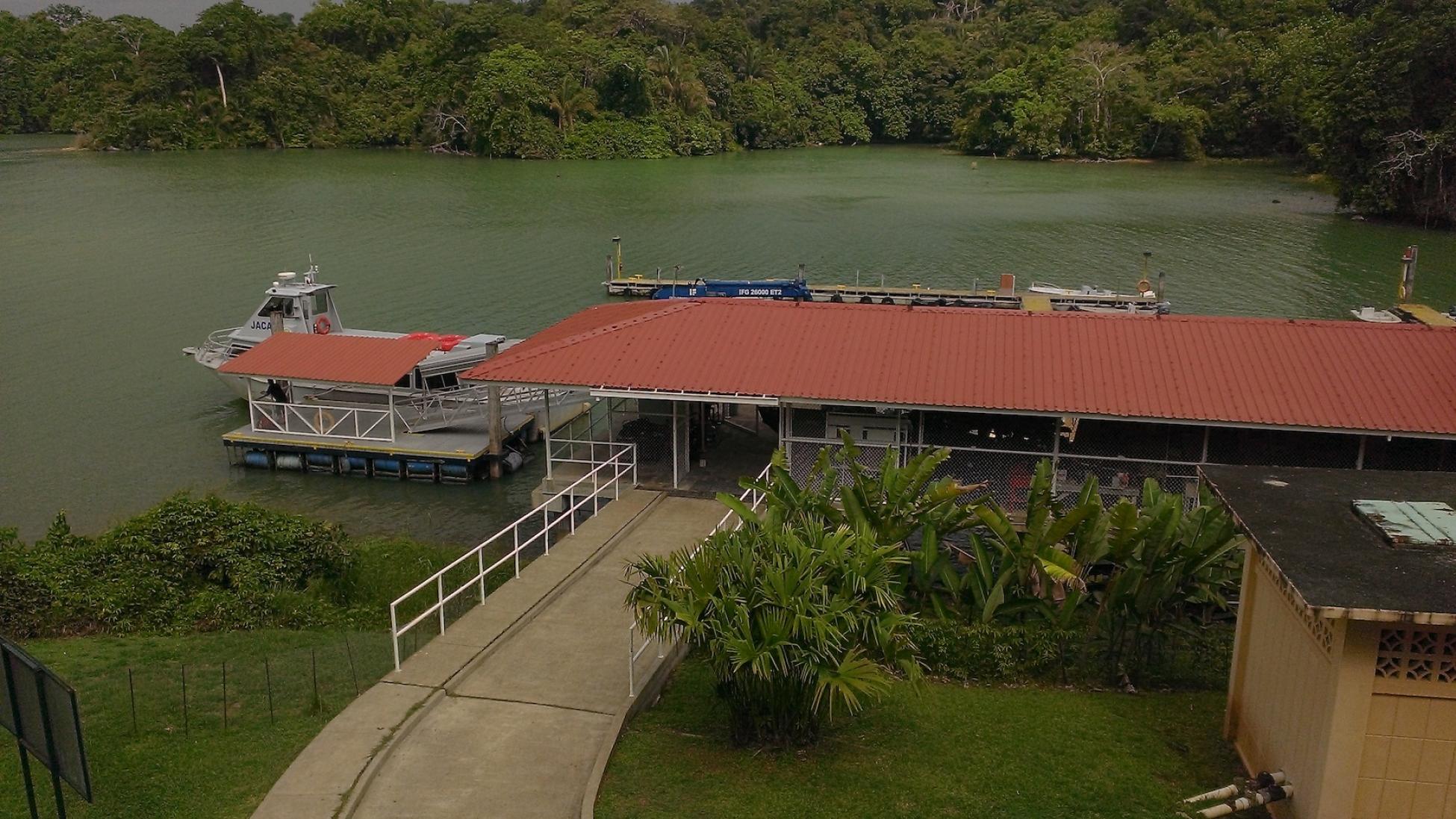 The view of dock at BCI from the balcony lounge.
By  Elizabeth Tokarz

It's the most-studied tropical forest in the world. Here's why and how you can get involved.

The predominantly U.S. federally-funded Smithsonian Tropical Research Institute (STRI) has been investigating the tropics in Panama for over a century and currently has 11 research facilities throughout the country.
STRI has a mission to increase and diffuse knowledge about the past, present and future of tropical biodiversity and its relevance to human welfare. Staff scientists and less experienced scientists, who may be working on their postdoc or are interns, like me, carry out this mission in their research at STRI.

Barro Colorado Island (BCI) is 16 square kilometres of lowland moist tropical forest. It’s home to arboreal anteaters, spider monkeys, a smattering of cacao trees that remain from the days when farmers collected crops around the island and a handful of scientists. The residential area for people is stacked into a few air-conditioned buildings looking over the dock on a hillside clearing, comprised of dormitories, a visitor center, a dining hall, a common lounge and laboratories.

BCI is the most-studied tropical forest in the world, but it hasn’t always been an island. The formation of Lake Gatun to help facilitate the construction of the Panama Canal in the early 20th century led to rising water levels and the isolation of BCI from the surrounding rainforest. The area was declared a nature reserve in 1923. In Spanish, “Barro Colorado” refers to the reddish color of the clay-like (and often wet and muddy) soil.

BCI is located along the Panama Canal. A boat that had entered the locks from the Pacific Ocean by Panama City would be about two-thirds of the way through the canal when it passed BCI, which is roughly 40 kilometres north of the capital city. BCI is actually part of a bigger nature reserve called Barro Colorado Monument.

Each day that I go to BCI, I take the 7:15 a.m. boat from Gamboa and usually nap the half hour cruise up the canal. The barges and freighters we pass seem to be moving at a tortoise’s pace, accompanied by their tugboats, but their length equals about 20 of us passenger boats.

When North and South America merged three million years ago, America-dwelling flora and fauna were able to cross into new territory and fill an open niche. Referred to as the Great American Biological Interchange, this altered the makeup of wildlife, especially in South America, where North American species flourished anew. Beside this historical importance, Panama is also one of the most stable countries in Central America, allowing for the installation of a permanent research station.

The Rules of BCI, usually learned by word of mouth:

1) Generously apply bug spray around ankles and waist. Chiggers—parasites that will cause a vicious, but harmless itch if they bite—like tight spaces. This extra precaution will keep them at bay for longer.

2) Don’t sit down when you’re out in the forest. (Unless you want chiggers crawling onto the seat of your pants.)

3) Refrain from setting your backpack or anything else on the ground while you’re out in the forest. (Unless you want chiggers on your back when you are ready to leave the forest and replace the pack on your shoulders.)

4) Don’t sit down after you return from the forest until you take a shower. (Some people are blessed with immunity to chigger bites, but even if you don’t have to follow Rules 1, 2 and 3, nobody else, especially those who live on the island, wants those chiggers either.)