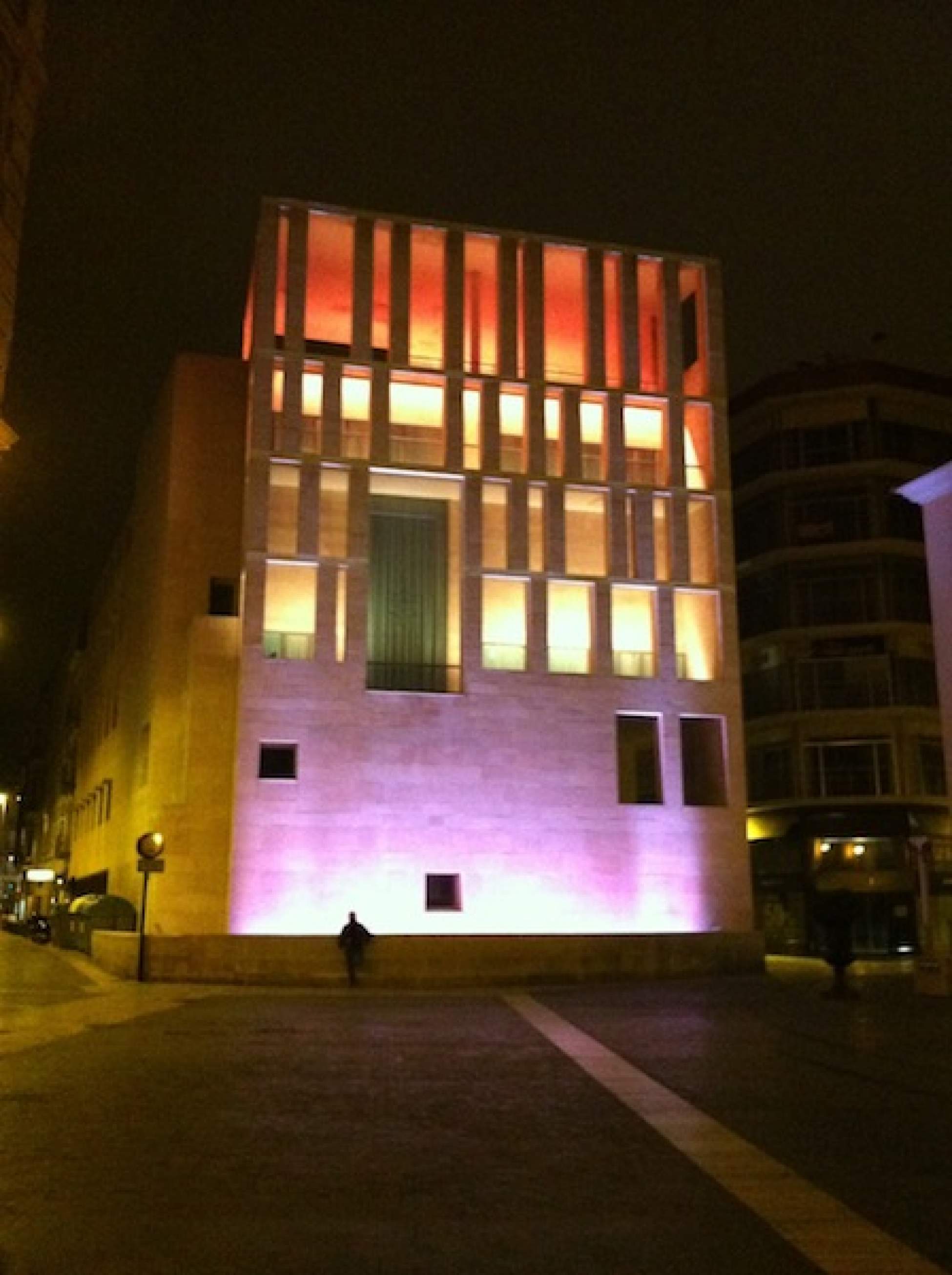 The Town Hall extension of Murcia's cathedral.
By  Andrew Scott

An inside look at the Spanish city's cathedral.

From the white cliffs of Dover to Liberty Island, landmarks have served as a bastion of homeliness or a torch of adventure for the any traveller. Every time I see Murcia's cathedral tower stretching above its close-knit neighbours I get a strange sense of both.

Thanks to a law stipulating no building can be built higher than its towering spire, Murcia’s city centre is literally dominated by the cathedral. And that's no pity.

Like most Spanish cathedrals it's fat. Much fatter than it is tall, and it bears a frontispiece that would make Liberace blush. Victor Hugo described the cathedral as a "Book of Stone" because of the complexity of its symbols and the enormity if its undertaking. If Murcia's cathedral is a book then it's an open tome in which everyone can, and did, write their piece.

It took more than 600 years to finish. This means that it's a medley of styles—or pages—from the stunning gothic interior through to the baroque frontispiece, which signifies the golden age of the city. The tower itself was started in 1519 and only finished in 1793. It goes up in four clearly visible stages and the hand of each separate architect can be seen from nearly anywhere in the city centre. The frontispiece is divided into three parts with a door for each: two straddling giants and a colossus in the middle. To the left is the “Bishop’s” door, to the right the “City’s” door and the middle is the door of “Pardons.” The left isn’t my style and the middle they don’t even open for the most part, but I felt more than comfortable entering as “part of the city.”

Inside, and just to the left, is the cathedral museum and when you go in you can see through the floor to the foundations of a building which originally occupied the area: the Aljama mosque. In the 13th century, during the "re-conquest" of lands occupied for about 500 years, King Alfonso “the Wise” started encouraging Christians to move into Murcia. The reasons for this are clear but the local populace, who were mostly Muslim, started getting a bit tetchy since Alfonso's actions looked suspiciously like they were infringing on a certain treaty that had been working quite well until then. You can probably guess what happened next. The Muslims revolted and Alfonso got his father-in-law Jaime the Conqueror to come and take the city for good. Pesky treaties and multiculturalism.

As a result, the mosque was knocked down and a great big church plonked on top, to have layers of leaves added and plumped up over the ages. If we go by what Hugo says then we have our building's first page. And this is what I love about the place. To stand on the parquet flooring and imagine what the building has seen. Rulers from Castile-Leon, the Holy Roman Empire, the House of Bourbon. Even a failed attempt at making a French Revolution-style constitution after Napoleon's troops trundled in. It's giddying to think that the pages of history have been written and read in these stones.

I was originally writing this blog inside the cathedral itself. Priests murmured and the faithful whispered and neither struck me as any of my business at all really. I could hear voices and laughing and an absence of penitence in the square outside. So I left.

As I sat outside a coffee shop in the main square I could look up at that colossal baroque fussiness and smile at the things I wish I'd been able to see. Then I looked across the square. Directly opposite the cathedral is the modern extension of the town hall. It was nighttime so it was lit up in an array of colours, which accentuated its fairly stark 'clean' lines. My mind jumped to the vitriol spewed out over Pei's pyramid in front of the Louvre. I know most modern art is the equivalent of two teenagers trying to 'out-hipster' each other but I never really had much of a problem with the pyramid, nor with the often-denigrated Town Hall extension in Murcia.

It’s pretty and new and colourful. Probably, just as some of the original churches in the area had once been. Hugo himself lamented the passing of a golden age of architecture and, no doubt, would have joined the modern vitriolic choir. But he couldn’t foresee what can be done today. We're in an age where, more than any other, we can make light do our bidding and light and colour are Murcian prerogatives. What's more, the new building is just an overspill page for the notebook of time. Outside these “books of stone” there are impressive water-saving initiatives and city buses running on natural gas. The city is vibrant and modern and its stone pages are, as yet, mercifully unfinished. I hope to read a lot more new editions in the years to come.

I'll leave with the sweet words of the all-too-easily-distracted master himself: "The book of stone belongs no more to the priest, to religion, to Rome, but to imagination, to poetry, to the people."