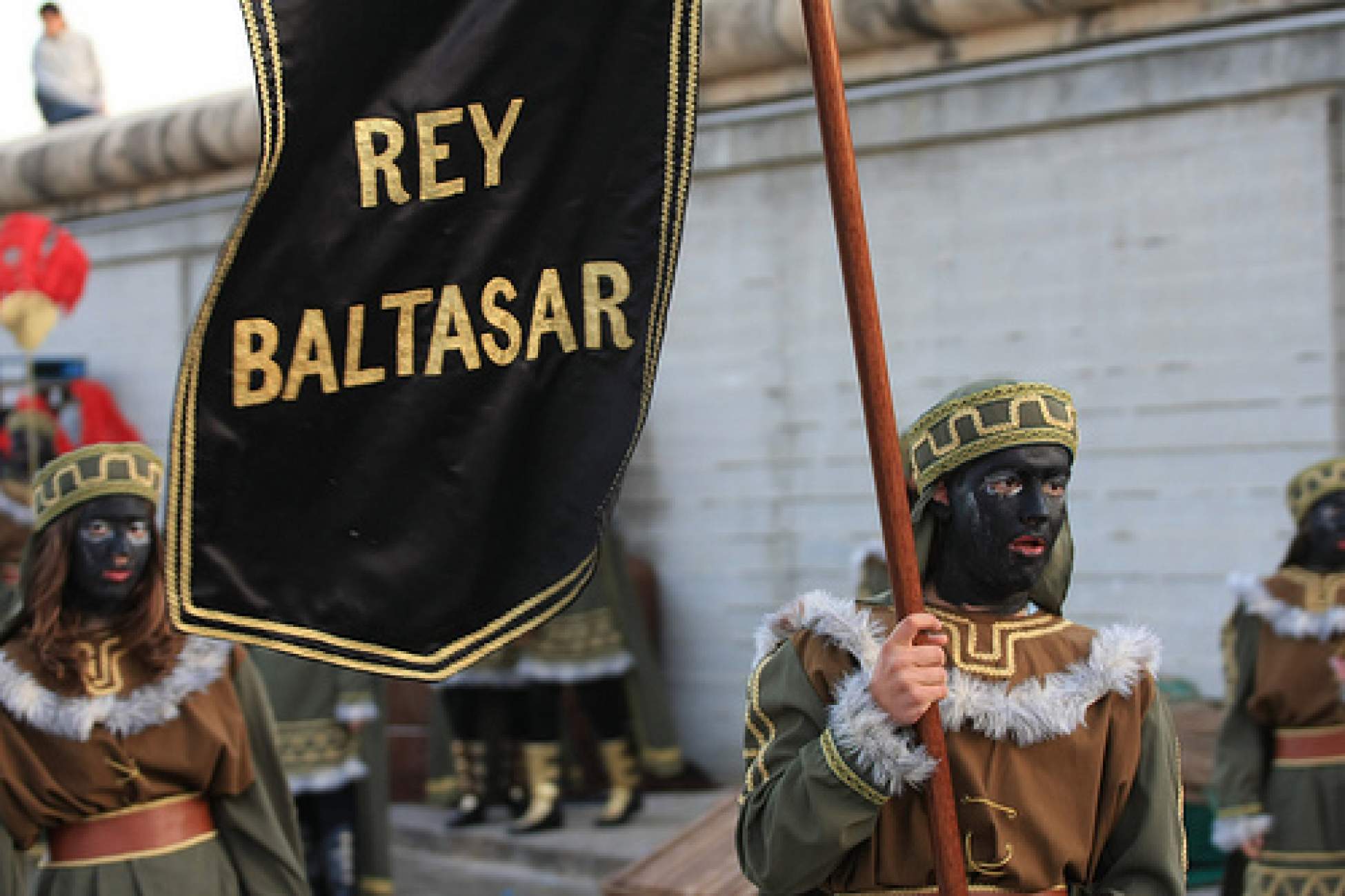 I love being proven wrong. I do, I love it. It brings me down a peg. And living abroad is a great place for it to happen.

I'd just arrived back for the January semester and it was dark and cold and wet and all I wanted to do was eat. Luckily, Murcia oozes with food so I rambled into some local bar where the selection of meat is legendary. Me and a friend lavishly poured the house red into little glass tumblers and felt welcomed back to Spain.

It was Cabalgata, the eve of the more traditional Spanish Christmas. December 25th has been taken up with great vigour in Spain, but only in the last few decades. Prior to celebrating a fat man in a red suit squeezing into chimneys, bringing kids presents was the job of the three wise men of nativity fame. And every January 6, the biblical story of their astounding generosity gets played out in a parade of monumental proportions, where joyous onlookers are pelted with over 200kg of candy by beautifully dressed participants.

The flat-screen television above our table showed footage in cities across the country of parades—parades as only the Spanish can put on. Fanfares from trumpets and thundering choruses of drums accompanied an unbroken march of colourful characters. No city missed the chance to have horses and camels striding through the streets between extravagant floats and ornately costumed locals either.

As the story goes (in the hilariously named “Excerpts in Bad Latin”), there were three wise kings who brought Jesus an assortment of easily resalable goods when he was born, and each had a name and a colourful back-story. I’m not too sure why I was so surprised by the three kings having distinct characters and even names. Perhaps it was a by-product of having taken part in ludicrous English primary school nativity productions as a child. Anyway, I can’t stress enough how good it is to learn a new old story over wine and excellent food.

The three kings, or “Magi,” are known in Spain as Melchor, Caspar and Baltasar. According to that same sixth century manuscript, Melchor was a king of Persia, Caspar a king of India and Baltasar a king of Arabia. Being a product of post-medieval symbology, Melchor and Caspar are depicted as European, as opposed to the Middle Eastern appearance that you might expect—but not Baltasar. Perhaps the heavy history between Spain and the ancient Arabs inspires more of an attempt at historical accuracy in his case. Whatever it was, Spanish tradition depicts Baltasar with a much darker complexion.

This bit of historical accuracy I resolved in that way. What I couldn't quite resolve was the fact that, in the parades, Baltasar was often just a white bloke painted black.

It was made more difficult by the fact that there were real black guys sitting right next to the made-up king who would have been perfect for the job. My instinctive British political-correctness kicked in immediately. I stifled several shocked chortles and continued to watch the parades.

After the parades finished I left the bar feeling fuller but a lot lighter and less cold than I had before the wine arrived. The next day, however, I couldn’t quite reconcile the fact that there were parades in the nation’s principal cities where someone was painted black instead of employing somebody who naturally matched the description.

I approached the subject directly, thinking I was bringing to light a great wrong and I’d be hailed as a forward-thinking equality-lover by those whom I asked. The response, however, was that my question was laughed at knowingly—yet kindly—and I was subsequently schooled on the inner workings of a Spanish festival.

Apparently, although the participants of each festival are usually all local they’re also part of things called “Peñas.” A Peña is like a local club, into which whole families will pay substantial fees in order to participate in the multitude of festivals across the country. So prestigious are these Peñas that having yours chosen to represent a principal part in a festival is a great honour. And having yours chosen to supply the “Kings” at Cabalgata is positively dizzying.

The honour of representing Baltasar is simply that. There’re no more qualms in using face paint than there are in using contemporary costumes. The reactions I received definitely knocked me off any high horse I was thinking of mounting. What’s more, though, was that everyone I spoke to mentioned that this kind of “pride over realism” aspect was becoming less entrenched by the generation.

Last December there was more than one Change.org petition started over this issue, particularly hoping to move towards embracing ethnic minorities in the face of traditions. I’m rarely anything less than proud and enamoured with Spanish people. Especially when they correct me.