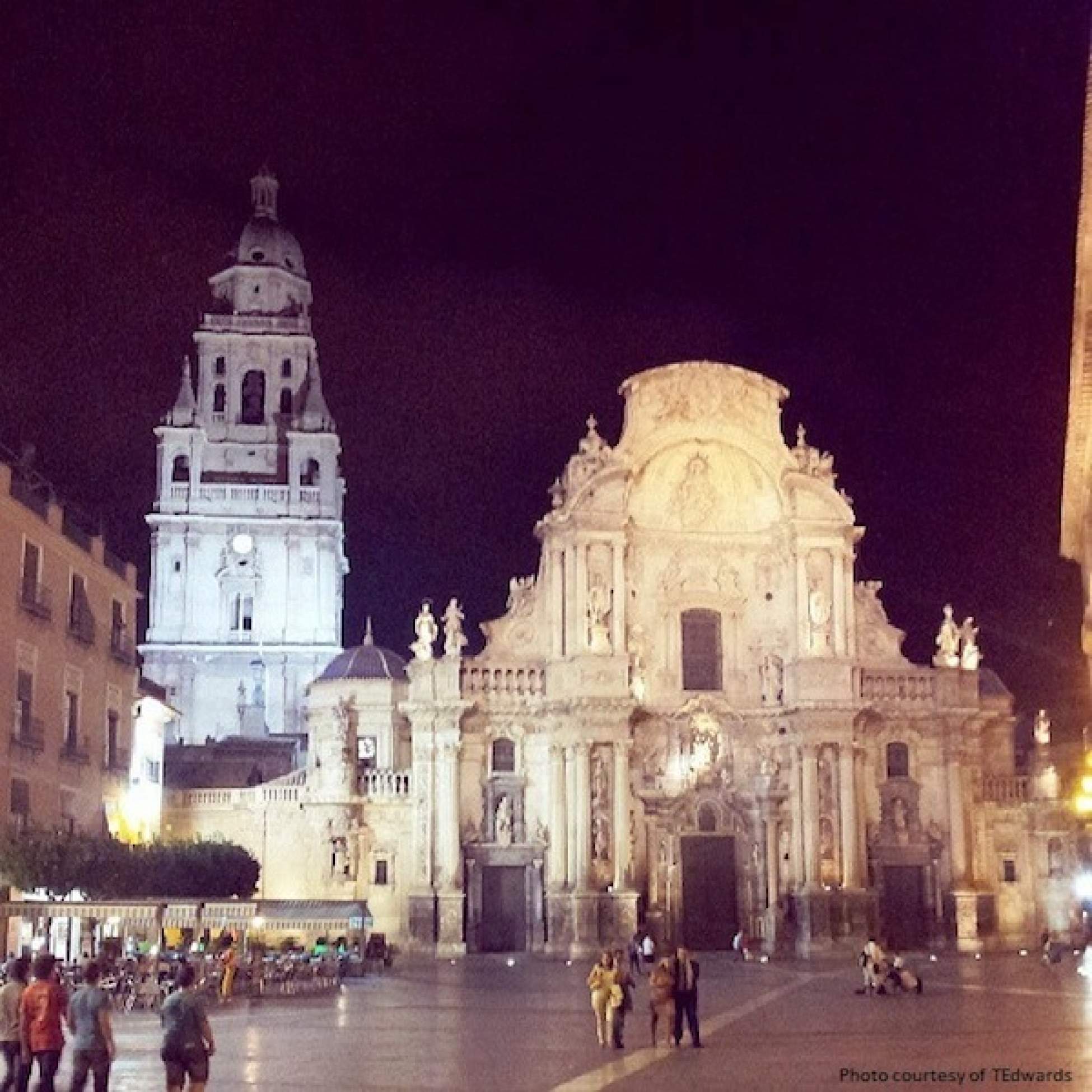 The cathedral in Murcia, Spain. (Photo by T Edwards)
By  Andrew Scott

The benefits of settling down in an unlikely destination to teach English.

Nowadays, the mere utterance of “Lingua Franca” smacks of globalization and conglomerate evil. It sparks a call for pitchforks and anti-imperialist mantras, but bear with me—the role of English as a “universal language” of sorts is irrefutable. I'm thankful for it rather than complacent in any way—if it wasn’t for English, I’d definitely still be unemployed on that very same rock.

Despite the fact that being a “native speaker” is nothing more than a result of genetic lottery, the TEFL industry affords “natives” a certain level of prestige; and I've been riding that wave of fortune for the past four years.

Murcia, a small city in the southeast of Spain, is my newly adopted home. Its charms and bizarre idiosyncrasies have anchored my itchy feet for a second term of teaching. When I graduated, I failed (with impressive efficiency) to find a job in England. So I panicked my way through a teaching qualification and used it as a paper passport for moving countries every year on someone else's buck; promising to figure out how to actually teach along the way. So the prospect of not changing location last term was not one of which I was easily convinced.

Murcia itself is not a city knocking at the consciousness of most travellers, but it remains a pillar of the south nevertheless. It’s steeped in history from Moorish routes in the ninth century through involvement in Crusades, Knights Templar land allocation, Napoleonic invasion, anti-fascist movements during the civil war and much more. Its breathtaking architecture supplies the backdrop for a people embattled in Spain's modern financial crisis, who tackle it with optimism, heart and clear forward-thinking.

Its location makes for a perfect launch pad from which to travel too; a noteworthy point for any would-be TEFL-ers. Sometimes it's worth taking a job in a lesser-known place that is within train distance to the better known. This is what I did and I’ve fallen in love with a silent beauty on whom I cheat callously most weekends with her nearby sisters: Cartagena, Valencia and the inimitable Granada.

Over the course of the next nine months I'll be expounding on my love of the area, the ins and outs of TEFL teaching and how to find jobs, as well as openly exposing the cultural and linguistic mishaps that make up my day-to-day existence.

So, dear Reader, if I'm lucky enough to have caught your attention so far then please follow me here.