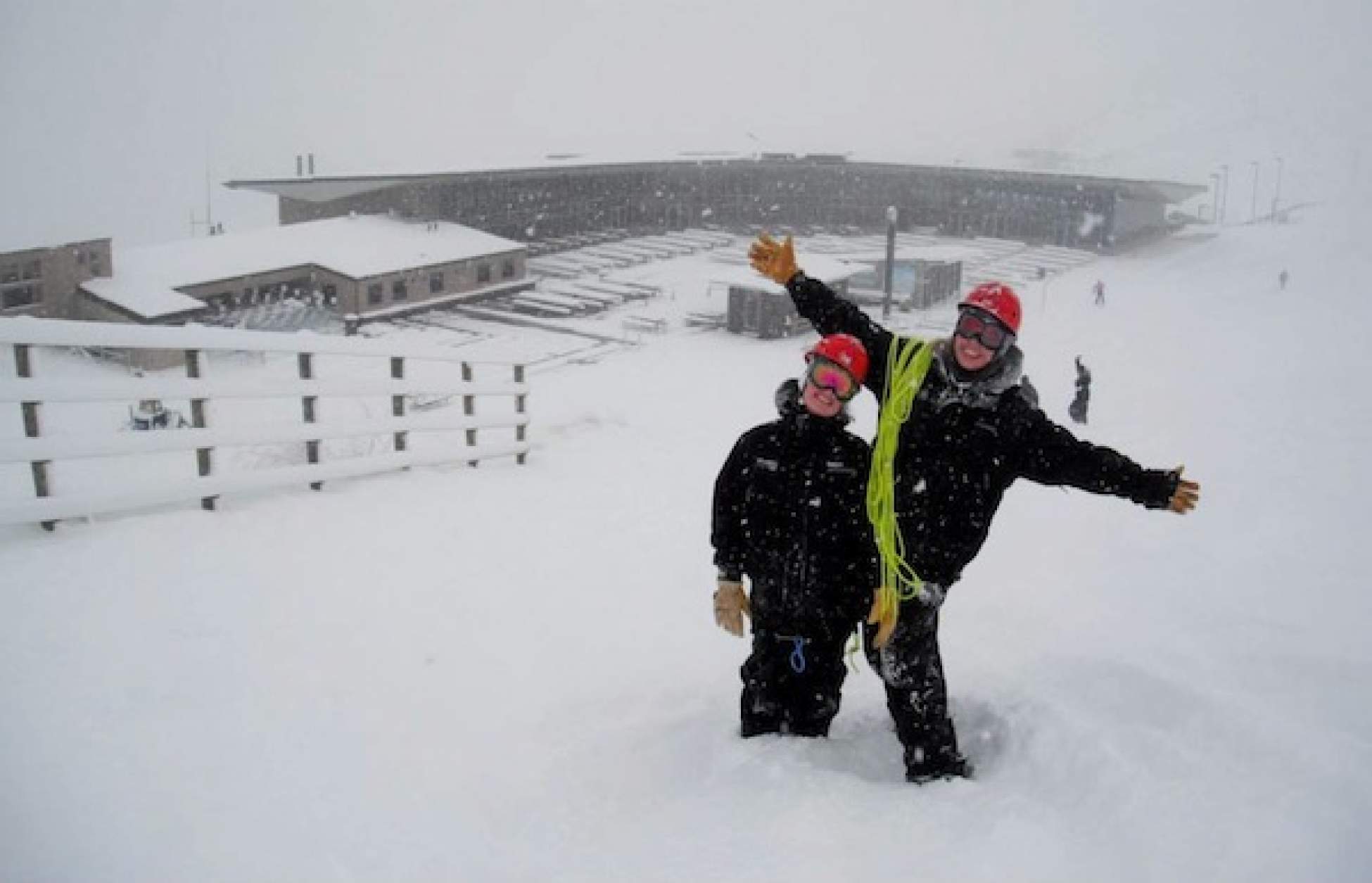 Taylor experiences a not-so-average week working as a lift operator in New Zealand.

Last week was one of the most challenging weeks I’ve had working at Coronet Peak, and also the most fulfilling.

I’m about a month into my second season as a lift operator at a Queenstown ski field, a job I returned to New Zealand for after being home only five months. It’s also a job I never really expected to have. All those years of journalism and literature classes don’t really mold you for shoveling snow and working around heavy machinery. But I guess that was also one of the major appeals of the job: a chance to trade desk and computer for working and playing outside everyday. Being a lifty may not be the most glamorous job, you may not need a degree for it, but it is hard physical work, and for someone like me who is not very mechanically minded, there was something new to take away from every day.

My only fear coming back for a second season was that there might not be anything left to learn. Quite the opposite, actually. A few weeks before the mountain opened this year, I was given the opportunity to jump in as an extra when our senior staff did their pre-season training with the mountain’s ski patrol and maintenance teams. Turns out the basic knowledge I came away with my first year only brushed the surface of the many roles the lift crew can take on. On one of those pre-season mornings, I went up the mountain thinking I’d be pushing buttons on a lift and, instead, found myself abseiling off a chairlift 20-some metrse off the ground.

The training involved climbing towers and working at heights, along with lift self-evacuation drills. We were taught by our mountain’s certified instructors how to properly use all the equipment we’d need to de-ice towers in the chance that a bad storm left the lifts covered in rime and unable to run. The butterflies came when we next had to form a makeshift harness from a single loop of fabric and carabineer, and then push ourselves off the edge of the chairlift seat, rappelling to the ground with the support of rope looped over the top of the chair. It was a privilege to be able to take part in all the training, but since I wasn’t actually senior staff, I didn’t think I’d ever get the chance to use my new skills.

A couple weeks later, the whole of New Zealand’s South Island was hit by a massive storm that left all ski resorts in Canterbury and Central Otago incapacitated. There was an avalanche at our sister resort, Mt. Hutt, which had to postpone its opening day after getting more than two meters of fresh powder. At Coronet Peak, the snow didn’t stop for three days. Suddenly it was all-hands-on-deck and any staff trained in de-icing were needed to help get the mountain operational as quickly as possible. For four mornings I woke to my alarm buzzing at 3:30 a.m., threw on the warmest thermals in my drawer, and headed up the hill in the lift van to be harnessed up and on the snow by 5:00 a.m.

The mountain feels completely different in the dark of early morning, free of any guests. That first day I was given a lift to the top of our main chair in a snow cat with one of the groomers. Conditions at the peak were tough enough that when we faced into the wind for just a couple seconds, a thin film of ice formed over our goggles leaving us blind.

Those four days were a blur of running between different lifts, helping out wherever was needed pushing chairs caked in rime through terminals, spotting towers to make sure all sheave wheels were spinning, whacking our bright orange yeti sticks on just about everything to knock off all the ice buildup. In the end I only got to climb one tower, and it wasn’t in the worst of conditions, but it was still great practice. Once the daylight flooded the mountain and guests began arriving, we switched back into our normal roles and tried to stay as awake and alert as possible until the mountain closed. By the end of the week all my muscles ached, even down to the palms of my hands, but I had learned a lot and now had a better understanding for the mechanics of the machinery I used every day.

After the storm, snow and wind gave way to a couple bluebird days. As a perfect end to a challenging week, a few friends and I attempted Coronet’s expert-only Back Bowls for the first time. All that new snow provided a welcome cushion and we savored every minute in the perfect conditions.

Often the jobs you find while working abroad aren’t meant to turn into lifetime careers. The goal is usually to find short-term work that will allow you the flexibility to travel where you want when you want. But if you can find a job that pushes you out of your comfort zone, that allows you to try something completely new and different, than you succeed in the very reason most of us travel in the first place. Working up the mountain has given me a set of skills I would never learn from behind a desk. And it’s by far the best view from an office window I’ve ever had.