Don’t Make These 5 Mistakes on Your Australian Working Holiday 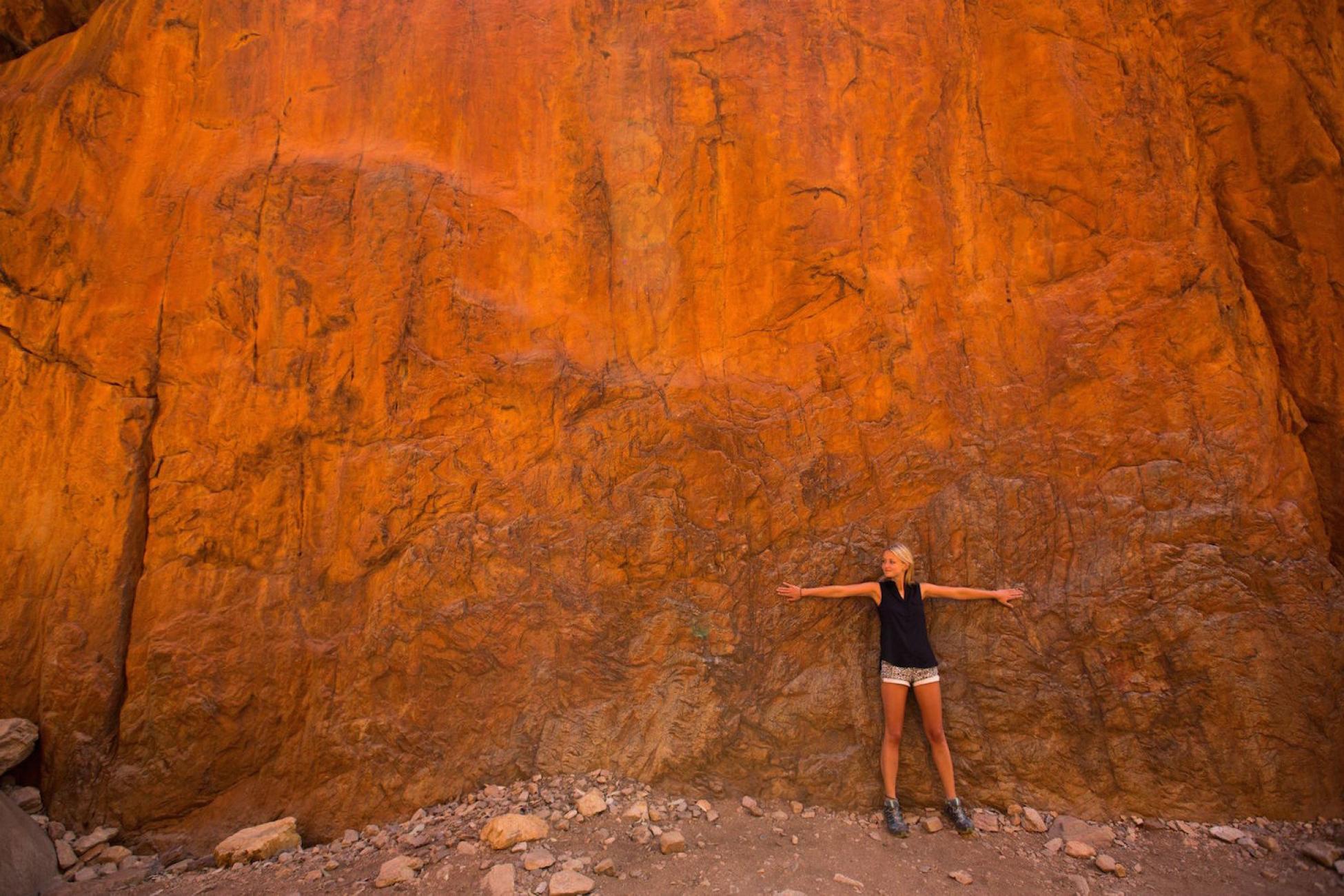 The writer during her working holiday in Australia. Greg Snell
By  Nellie Winter

How to get the most out of your gap year Down Under.

Sitting on top of our four-wheel drive campervan, I watched as the sun slowly approached the horizon. As it dipped into the surrounding stretches of red sand, spreading out in comforting light, I finally understood what it meant to feel ultimate freedom.

As a “holidaymaker” in Australia I wasn’t just travelling through the country—I was getting paid to live there.

After graduating from high school, I left my native Germany to become one of the 200,000 millennials who travel to the country on a working holiday visa every year. This group isn’t just drawn by the weather, exotic wildlife and laid-back lifestyle—Australia is also English-speaking and safe. For those 30 and under, 12-month work visas are easy to obtain, making it the ideal place to spend a gap year.

Unfortunately, these qualities also attract drunken backpackers who pollute beaches and have no interest in local culture. Instead, they spend all their (and their parents’) money on package rainforest tours and party sailboat trips along the East Coast.

During my own gap year, I discovered quickly that it only requires a little bit of effort not to take the above path and to make your experience unforgettable and authentic. If you want to ensure your working holiday is life enriching—rather than just a string of never-ending hangovers—here are the five mistakes to avoid making.

Mistake #1: Giving up on finding work.

What’s the point of a “working” holiday without the work? In addition to being enriching and fun, finding a job in another country can improve your language skills, add to your resume and pay for your travel. Jobs in Australia are usually well paid; you can expect to earn $18 and $25 per hour.

However, what many fail to consider is that it actually takes some effort to find employment. While there’s no shortage of short-term jobs for backpackers—particularly in hospitality, construction and sales, where businesses are used to hiring backpackers—you need to take initiative. Prepare a simple resume and show up at the business in-person to ask for a job. Alternately, regional jobs exist; farmers are in need of farmhands and will advertise through hostels, while mines hire through recruiters.

Personally, I ended up working for three months as an au pair after applying on aupairworld.com. My other jobs only took a matter of days to find. Once you have developed the confidence to walk into a restaurant or shop and ask if they are hiring, the rest is just luck and formality.

Mistake #2: Wasting all your money and time exclusively on backpacker deals along the East Coast.

The coastal stretch from Sydney to Cairns is a party and backpacker hotspot all year round. The majority of backpackers (72.8 per cent) visit Sydney, followed by Byron Bay, the Gold Coast, the Whitsundays and Tropical North Queensland. Greyhound buses and cheap accommodation make travelling along this beaten path a breeze.

The ease of the East Coast is enough to make people forget that Australia is more than just another beach paradise. In fact, more than one-third of the country is covered in red desert. And did you know that the Gondwana Rainforest—which includes 50 nature parks in New South Wales and Queensland—is reportedly the world’s biggest subtropical rainforest? Driving across the continent, I was surprised to see how quickly the landscape changed, sometimes within just a few hours.

More than one-third of the country is covered in red desert. Australia is also home to the world's biggest subtropical rainforest. Yet, despite this impressive diversity, few backpackers get off the circuit.

Yet, despite this impressive diversity, few backpackers get off the circuit. For example, only nine per cent of Australia’s international visitors make a trip to Western Australia.

Elizabeth Lemieux, a 22-year-old Canadian who spent a year working in Australia, thinks this is one of the biggest mistakes backpackers make. “The West is like a better version of the East, with stunning landscapes of rough cliffs, white beaches and dry red desert—but untouched and almost completely free of tourists,” she says.

You don’t need to travel far off-the-beaten track to see wild koalas, kangaroos and emus in their natural habitat. (Not to mention critters that perhaps you’d rather not see, like crocodiles, snakes and spiders.)

During my first road trip through the “red centre”—also known as the outback—I was overwhelmed by the number of kangaroos and wallabies that we saw every day. A couple of times we followed a herd of camels for a while, and one night I even woke up to a dingo howling not too far from our tent.

If you haven’t heard of this boxed wine, you will soon, as it’s infamous in the backpacker community. At about $15 for five litres, there’s a reason fellow travellers will probably tell you that drinking “goon” is an experience to tick off your Australia bucket list.

Unfortunately, its cost reflects its taste. Goon is the worst drink I have ever tried. You’re not only punishing your taste buds—you’re also doomed to wake up with a horrible hangover.

The good news is that there are plenty of alternatives; there are over 1,000 producers of wine in internationally recognized wine regions, with most vineyards offering free and generous tastings.

Mistake #5: Only staying at hostels.

I can’t deny that it can be fun to sleep in dormitory rooms and to party with other travellers from all over the world. But instead of living like a local, you will only meet other backpackers—not too mention spend way too much money partying.

Great alternatives to hostels are couchsurfing or WWOOFing. These opportunities allow you to experience life from the local perspective and to save money at the same time.

When my visa expired and I had to fly back to Europe, I had not only gained a whole lot of life experience, made amazing friends and visited breathtaking places—I also had a decent amount of money in the bank.

From watching kangaroos race along desert stretches, to taking a refreshing swim in deep blue lagoons, you can learn to love the country like a local, live real travel adventures and save money as you go.

Nellie Winter is a freelance writer and photographer from Germany, with a strong passion for travel and the diversity of cultures. Nellie believes in the importance of spoken, written and visual communication as a powerful tool to overcome intercultural boundaries. Since graduating with a Bachelor of Arts in Cultural Studies and Tourism, Nellie has been running a small media production company with her partner, Greg Snell. Both are devoted travellers and digital nomads and work as creative content creators in the tourism industry.