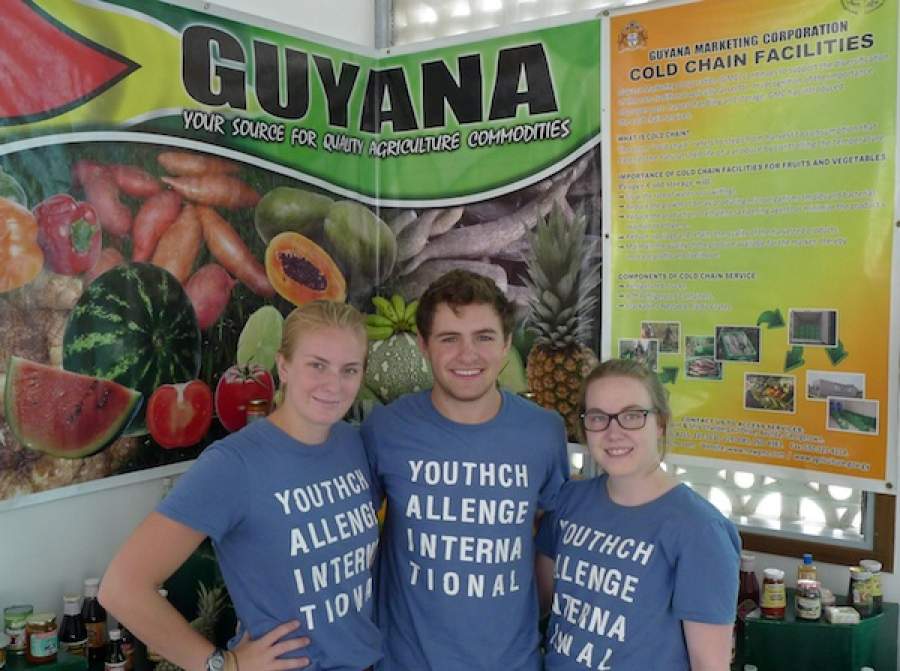 Andrew O'Dea thought he was going to volunteer in South America. Instead, he wound up in the Caribbean.

Yes, I am in Guyana, which is a country on the continent of South America. However, many people don’t know that Guyana is also part of CARICOM, or the Caribbean Community.

There’s no doubt that the Caribbean influence is felt throughout the Guyanese culture as well. I’ve asked some of the people we’ve been working with and they couldn’t agree more. Some have even said that they relate more to belonging to the Caribbean than to South America.

Although I have no background in social psychology, if I were to speculate I would say that it has to do with proximity, a very diverse population, as well as shared colonial history. For one thing, the CARICOM secretariat headquarters is based in Georgetown, Guyana, which illustrates the strength of the relationship.

Another way to measure this connection is to look at the country’s pop culture. As always there is a heavy North American influence to be found, but there are also things like popular music that reflect the country’s culture. The type of music that is now being widely played in the Caribbean is dancehall, and that goes for Guyana (and me) as well.

Guyana also happens to be the only country to have English as its predominant language in South America. There is a strong British influence in the Caribbean and due to comparable colonial history in Guyana, there are similarities within their lifestyles. Locals have said that it’s because of the mix of cultures that they identify as somewhat of a Caribbean nation.

How has this affected us? Well first and foremost there is some delectable and diverse cuisine. You can get typical Caribbean, Indian, Amerindian, North American, and of course, Guyanese dishes. I swear we’ve done more than eat, though—there is also a huge variety of holidays and festivals for the respective cultures.

Something that seems to be common though, is respect for one another regardless of heritage. That may be a broad statement, but as far as we’ve noticed there is a beautiful cultural mosaic here in Guyana which isn’t by ruined by a lot of discrimination (which is yet another thing to add my reasons for why this place is so awesome).

This diversity has also made it very interesting workwise with regards to making things applicable to everybody. Last week, we actually had a booth set up at the CARICOM Hunger Free Conference. It was a really cool experience to get a better idea of how Guyana actually contributes and plays a role as a member state in the Caribbean Community.

Anyways, this is just a fun look at a bit more of Guyanese culture from our experience as volunteers for those interested. I figured it deserved its own blog since culture is a big part of our experience here as volunteers. I’ll be back soon to comment on the sweat, blood, and tears that have gone into our actual work. (Just kidding—there haven’t been any tears just yet!)