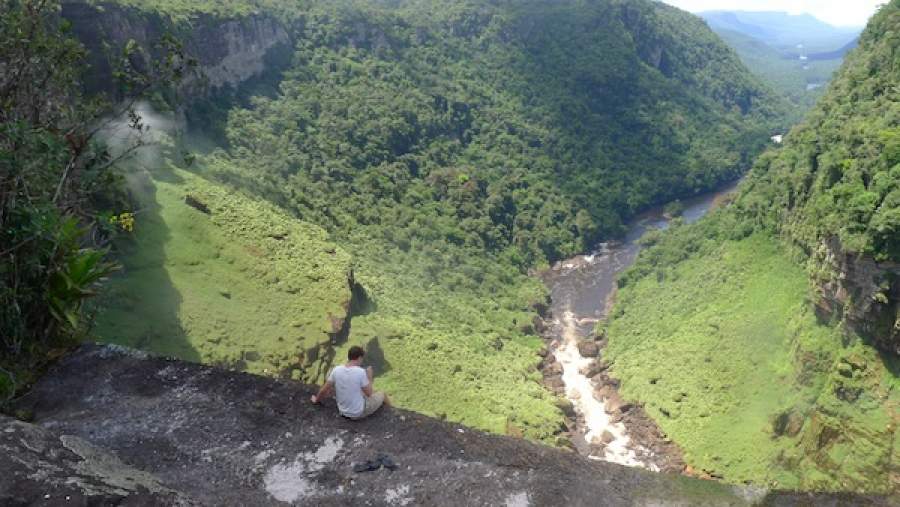 Andrew reflects on the summer he spent volunteering in Guyana.

It’s hard to believe that two months are almost over! It’s true what they say about time flies when you’re having fun, eh?

Quite a few people gave me some queer looks when I said I’d be undertaking a two-month development project in Guyana, but I almost took that as an encouraging sign. During our project there have definitely been highs and lows, but that’s to be expected.

In truth, there were some problems that we encountered throughout our project. Most things fell to miscommunication and lack of accountability. That being said, it’s hard to pinpoint exactly where it all started. This, however, was not taken lightly, and Youth Challenge International and in-country partner organization worked hard to remedy the situation. I’d just like to throw out a thank you right here and now for their help.

So, even though there were some struggles, we managed to turn things around in time and still have a meaningful experience. We did most of our work with the Guyana Mangrove Restoration project, where we did some fieldwork in the mangrove forests (and the mud), as well as work on the sustainability of the project (for when the “mangrove project” becomes the “mangrove program”) through facilitating various workshops and such. This was fun because we actually got to do some in-country travel, which meant a few overnight trips, so that we could reach a broader population. Otherwise, we did some work at the National Zoo in Georgetown, as well as some work with the Guyana Women’s Leadership Institute and even with people from the local community. This project, although not originally so, had a very heavy environmental aspect to it which made it kind of unique.

Some of the problems that I referenced earlier were definitely unforeseeable and unavoidable, but there were also things that could have been prevented. I can thankfully say that this project has been a success, although it has also been a learning experience.

For people planning such a type of working holiday or project of their own, don’t be disheartened. There are always positives to your experiences even if you don’t realize what they are right away. Mostly, this experience has taught me to just be a little more scrupulous of the project you’re committing to well in advance and make sure that there is already a work schedule in place before departure. I say this because with such a small time period you want to be able to have the biggest impact possible and not waste time.
This is my first time doing such a project and I do not have any regrets. This experience, although not ideal, has also not turned me off this type of thing. All in all, I think it’s just important to take things in stride and learn from your experiences.

So my time in Guyana for the summer of 2012 is almost up. This country is actually very special. I was lucky enough to see some of the inland portion and all there was was green, green and more green. (Have I mentioned that green is my favourite colour?) I feel like we have managed to accomplish a lot in only our short time here. The people are friendly, the culture interesting and diverse, nature is abundant, and there is definitely a charm that accompanies some of the lack of development (I’m speaking from an environmental point of view more than anything).

There’s less than 24 hours now and still plenty to do. Until next time!