You are here: Home/ Articles/ Volunteer Abroad/ Blogs/ Being a Better Tourist in Burma

Being a Better Tourist in Burma 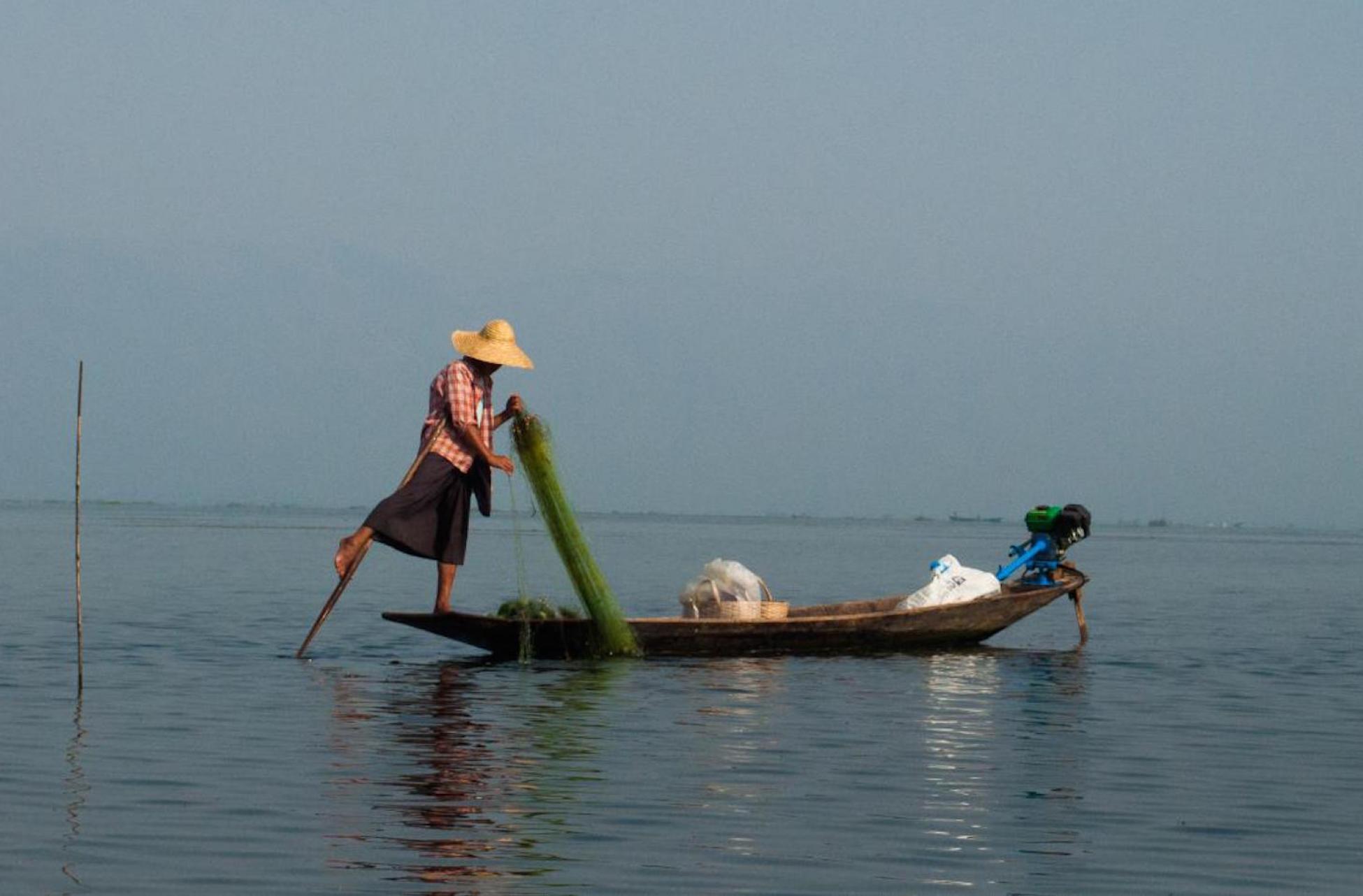 Travellers have the power to change Burma—for better or for worse.

“Go right now,” has been the mantra of every travel publication about Burma since 2012. It is touted as a sliver of “old Asia,” preserved in a cryogenic deep freeze by the isolationist policy of its military dictatorship. People are listening, bringing the modern world with them.

Burma is well on its way on from a detour for the most adventurous, to a destination firmly cemented in Southeast Asian itineraries.

It all began with Burma’s transition from a dictatorship to a civilian—though military-backed—government. The Burmese opposition party the National League for Democracy (NLD) lifted its tourism boycott, and other countries followed suit. They hoped tourism would increase awareness of the plight of the Burmese people while benefitting local economies—though they cautioned against packaged tours that poured money into the government’s pocket, while fitting tourists with blinders to shield them from the junta’s atrocities.

Now, Burma is more open than ever, with the NLD sweeping the military out of power in last year’s democratic elections. Tourists are clearly taking advantage of this new accessibility; a World Travel and Tourism Council report named Burma as the top country for tourism growth in the world. Yet, tourism is still steeped in controversy; it is an industry many see as built on the backs of forced labourers for the benefit of crony businessmen and their military associates.

Even with political change, the junta’s legacy is entrenched deeply in the minds of the Burmese people.

In areas still untouched by tourism, the fear persists that the government will use it as a weapon against them. When I suggested community-based tourism as a means to alternative livelihoods and environmental protection at a meeting with a monk and young members of his native village, a visible wave of apprehension washed over the room. Legally accepting visitors meant registering with the government, and they feared that with the region’s potential discovered, the government would send its businessmen to take their land and build its own tourism facilities. Conditioned by ideas that foreigners exclusively stay in fancy hotels, they insisted that the authentic experience they could offer would not possibly compete.

Even as I asserted that many people come to Burma in search of authenticity, doubt nagged at me. In the travellers that I met, I saw that Burma was well underway on its transition from a detour for the most adventurous, to a destination firmly cemented in Southeast Asian itineraries. Even while claiming Burma’s appeal came from being “untouched” by tourism, some people brought their expectations of a well-developed industry—based on experiences in the rest of the region—with them.

The majority of Burmese I speak with welcome visitors.

This is particularly true in areas where they help provide employment opportunities in restaurants, hotels, and transportation. Increasing numbers of local-run guesthouses are springing up, and many Burmese students are undertaking new courses in hospitality management in expectation of a growing industry.

Yet, as displayed in the comments section under my first post on Verge’s Facebook page, not everyone takes such a rosy view of foreigners. Some of this undoubtedly stems from a mistrust of foreign investors and international NGOs that have a reputation for using the country’s resources for their own profit while giving little back. It may also be the manifestation of a view that uninformed tourists come with little regard for the environment and culture they are degrading.

For Mu Own, a farmer and social activist from southern Shan State, it’s the latter. “I welcome foreigners,” he said, “but I don’t welcome tourists.” Referencing the effects of tourism he saw during a year in Cambodia, he claimed he would gladly receive anyone with a genuine interest in respecting and learning about the culture, but felt this was not the intention of most tourists.

Limitations on tourists can make it challenging to engage in real cultural exchange.

Restrictions on travel to certain areas due to civil unrest and an inconsistent transportation system that stretches the limits of a 28-day visa can make any ventures off the well-trodden path difficult. Tourists are also required to stay in government-approved hotels and guesthouses, prohibiting home stays with local families. While many Burmese are eager to interact with foreigners, some are hesitant to do so, partially because of a lack of confidence in their language skills and fears over cultural differences.

Still, throughout Burma I have been treated with a level of hospitality and warmth that far exceeds what I have experienced in any other country. I have only felt negativity on a few occasions: once in the form of a man who scoffed that I should go work on a farm if I wanted to experience Burma, and a few times in remote places in the form of understandable suspicion of my intentions.

While I always strive to travel responsibly, in Burma I am acutely aware of the effects of my actions and attitude. I combat my fear of taking advantage of Burmese hospitality by trying to give back in a small but impactful way wherever I go. I am even modifying certain aspects of my normally reserved personality in an effort to not appear unfriendly and to show appreciation across language barriers, offering obvious enthusiasm in the place of words. Despite this, I am learning one does not have to go to great lengths to show a respect and interest in the culture. It can be as simple as wearing a longyi, knowing a few Burmese words, or responding to inconveniences with a smile instead of anger.

Burma is a country where a little friendliness goes a long way.

My interactions with Burmese people have irrevocably been the best part of my trip. I hope that I have given a similar feeling to those I have met; I can’t help but feel that here, the impression I make on behalf of other foreigners matters more.

As the floodgates have been irreversibly opened, the challenge for Burma is to develop a tourism industry that truly benefits its people without destroying the natural beauty and culture that draws visitors here. In this, tourists themselves have a large, yet understated, role.

By showing an interest in more authentic experiences, tourists can encourage the maintenance of traditions in the face of modernization. If they show a willingness to engage with communities and embrace the culture, the people will embrace them in return. Fostering a mutual respect for one another can allow foreigners and locals to become companions in moving Burma forward sustainably, instead of adversaries.

Burma has incredible experiences to offer visitors, from stunning landscapes to dazzling religious monuments to genuinely kind people. It also has a golden opportunity to learn from the successes and mistakes of its neighbours to ensure it stays that way.

My advice to travellers on Burma is the same as the magazines: Go right now. But, go with the knowledge that your actions have the power to help shape the future of an industry and a nation. Use that power responsibly.

Ways to be a better tourist:

• Make friends: If you find Burmese people asking you questions (such as where you are going and how many siblings you have) that seem unusual as greetings, don’t get suspicious. Many times they just want to practice their English, or start up a conversation. Try to make people feel comfortable talking to you; it can lead to meaningful interactions.

• Careful with the camera: If you want to take a photo of someone, it is far more polite to ask permission first. You may not be afforded the same courtesy, but this is most likely behaviour learned from tourists in the first place. Also be mindful of taking photos of people praying or practicing other religious rituals, it can be seen as disrespectful.

• Give a little back: If someone invites you to their home or does something kind for you, it is polite to give them a small gift, such as a sweets or tea. If you have nothing to offer, share what you can, even if its just knowledge and laughs.

• Embrace “Burma time": In Burma not everything goes as planned or is on time. Leave some extra time in your travel plans to alleviate stress and if you are faced with difficulties, try to remain relaxed. This is a country where a smile and positive attitude go a long way.