You are here: Home/ Articles/ Beyond the Guidebook/ Showering With a Friend in Burma

Showering With a Friend in Burma 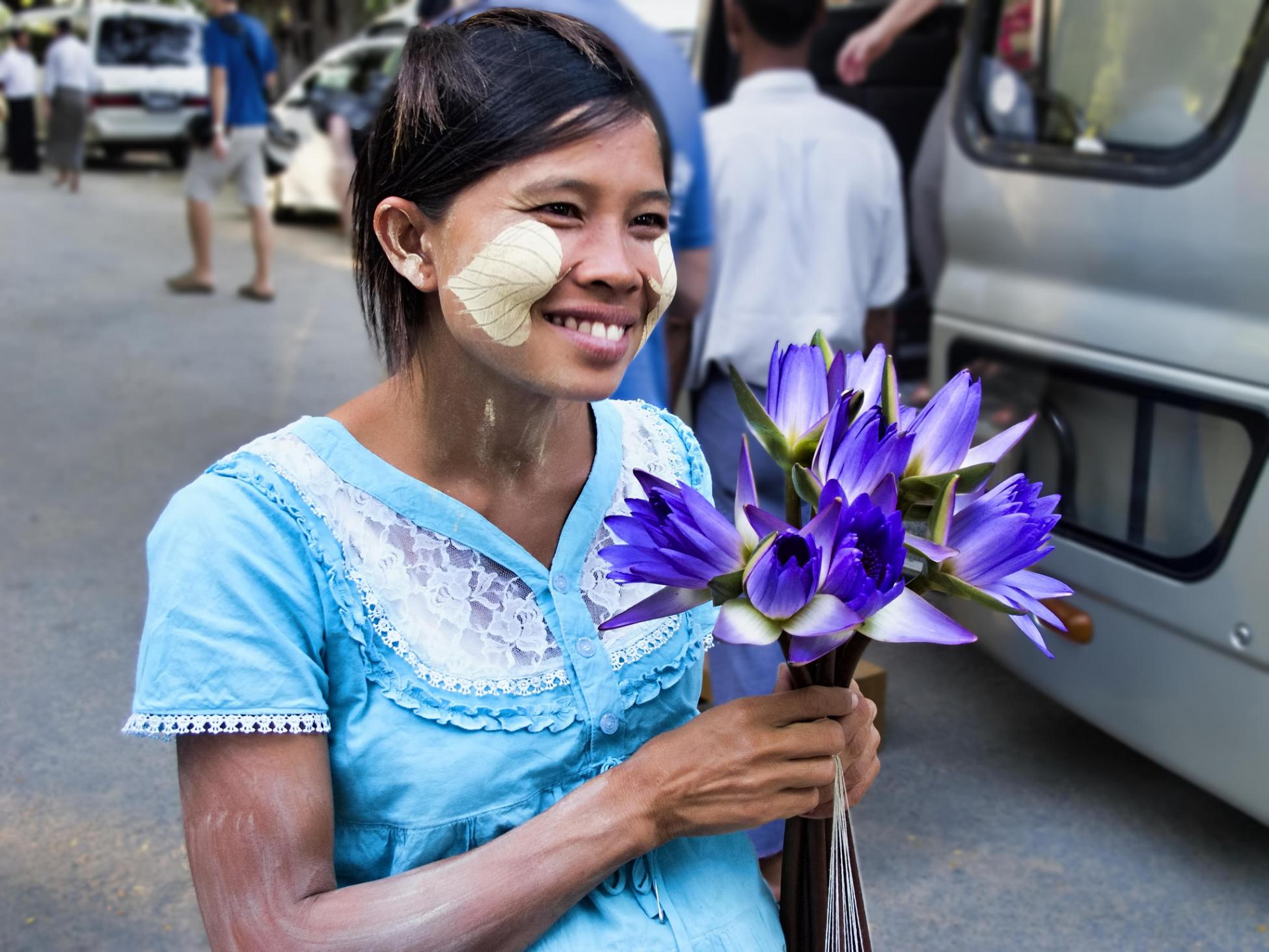 A woman with thanaka. Dan Lunberg via Flickr.com CC BY 2.0
By  Kaelyn Lynch

A volunteer discovers that in Burma, the concept of privacy exists only for those who can afford not to share.

Of all the women who greeted me, Ma Kyu was the only one who didn’t smile. Instead, she stood with her hands on her hips, eyes flickering with subtle disapproval. Almost as if to say, “I’ve got a lot of work to do.”

Ma Kyu and her companions lived at a forest monastery in Bago, Burma, where they served as attendants to the monks. I’d been brought there only a few days after arriving in the country, by a monk who was helping me arrange a volunteer placement. This was our first stop on our tour visiting his friends and contacts who could provide me with opportunities.

The monastery received few, if any, foreign visitors, and I’d doubted that the women had ever seen someone like me. In Burma, it is taboo for young women to travel alone, and sometimes solo female travellers are “adopted” by older Burmese women. I’d soon learn just how far that concept could go.

Ma Kyu had appointed herself my caretaker, and almost immediately after I set my bag down, her duties began.

She grasped my forearm and led me to the shower; two open stone basins with metal bowls for pouring lukewarm water over your body.

Showering is highly important in Burma and is considered the foundation of good hygiene in the humid tropical climate. You are expected to shower two to three times per day, typically early in the morning, in the late afternoon, and before bed. The women here showered together, their modesty maintained by a traditional skirt, or htamein, that they expertly undressed, washed, and redressed beneath.

Ma Kyu was quick to show me the correct technique. Like a mother bathing a child, she did the entire process for me. Seemingly unaffected by the fact that we had barely met, she stripped off my clothes and scrubbed my arms, neck and back. I felt far less at ease—while I pride myself on being adaptable, I was shocked by our instant intimacy.

Struggling to hide my embarrassment, I resigned myself to the process, assuming it would be a one-time lesson—but I was wrong.

Ma Kyu did not speak English, and I knew only a few words in Burmese, so we communicated with our hands. Ma Kyu’s gestures were not so much questions as demands, and over the years I’ve learned that simply agreeing is best when adapting to a new culture. So, I didn’t protest as Ma Kyu brushed my hair, applied a yellow paste known as thanaka to my face, and heaped all manner of unrecognizable objects atop my rice for dinner.

Unaffected by the fact that we had just met, she stripped off my clothes and scrubbed my arms, neck and back. While I pride myself on being adaptable, I was shocked by our instant intimacy.

Still, as grown woman, I wasn’t used to being treated as a child. Even the actual children at the monastery had more freedom than I did; I envied their ability to brush their own hair and shower alone. Even after days of trying to prove my competence in caring for myself, Ma Kyu remained undeterred. I soon found the more I rebelled, trying to serve myself at dinner one night, the quicker Ma Kyu was to snatch the spoon from my hand.

To add to my frustration, the monastery was quite traditional, and insisted on the separation of monks and young women to avoid temptation. It quickly became clear that I was never to be left unattended. Everywhere I went, Ma Kyu was there, leading me by the arm, adjusting my skirt and shirt, and checking my form as I bowed before the monks and images of the Buddha. At night, as I lay on my mat in the communal bedroom, she sat next to me, diligently watching until she was sure I was asleep. I scarcely felt her hand removed from my arm.

A lesson in sharing

Used to being on my own, I found Ma Kyu’s presence claustrophobic. To me, being the centre of someone’s attention was utterly exhausting. Whatever her good intentions, I grew resentful of her watchful eye, and sought out any opportunity to elude her.

These attempts were largely unsuccessful. One morning, I awoke early and crept out to the showers, hoping for some blessed time alone, only to find Ma Kyu waiting there, fresh htamein in hand. Her smirk read, “So you thought you could sneak past me?”

I finally broke free of her grasp on a day-long visit to a local village, where I was accompanied by the more relaxed Oh Ma. At first, I was relieved. While never left alone, I enjoyed the relative freedom from Ma Kyu’s constant direction. Still, when it came time for my afternoon shower, I found myself in the front yard of someone’s home, being helplessly bathed by two women as a small crowd of neighbours looked on.

It was then I realized that in a place where, if you pour yourself a glass of water someone will help themself to it; where you can enter someone’s home without permission and expect an offer of tea; and where an entire household sleeps in the same room; the concept of privacy is nonexistent. It is a luxury, meant only for those who can afford not to share.

When I returned to the monastery after a day away, Ma Kyu greeted me happily like I was a long lost friend. This time, when she held my hand it was not to lead me somewhere, but with tenderness, as if she could not believe I had survived without her. Almost as if she had missed me.

The next morning, she only supervised as I showered, a proud parent who was still there to catch me when I tripped over my htamein.

As I waved goodbye to her through the car window a few hours later, she waved back, wearing a satisfied half-smile that said she had done her job. With that, she sent me off into the world of Burma far better prepared than I could have hoped.

This article was originally published in Verge's March 2018 digital edition.