"Ya Ba Deh": Finding Balance in a New Burma 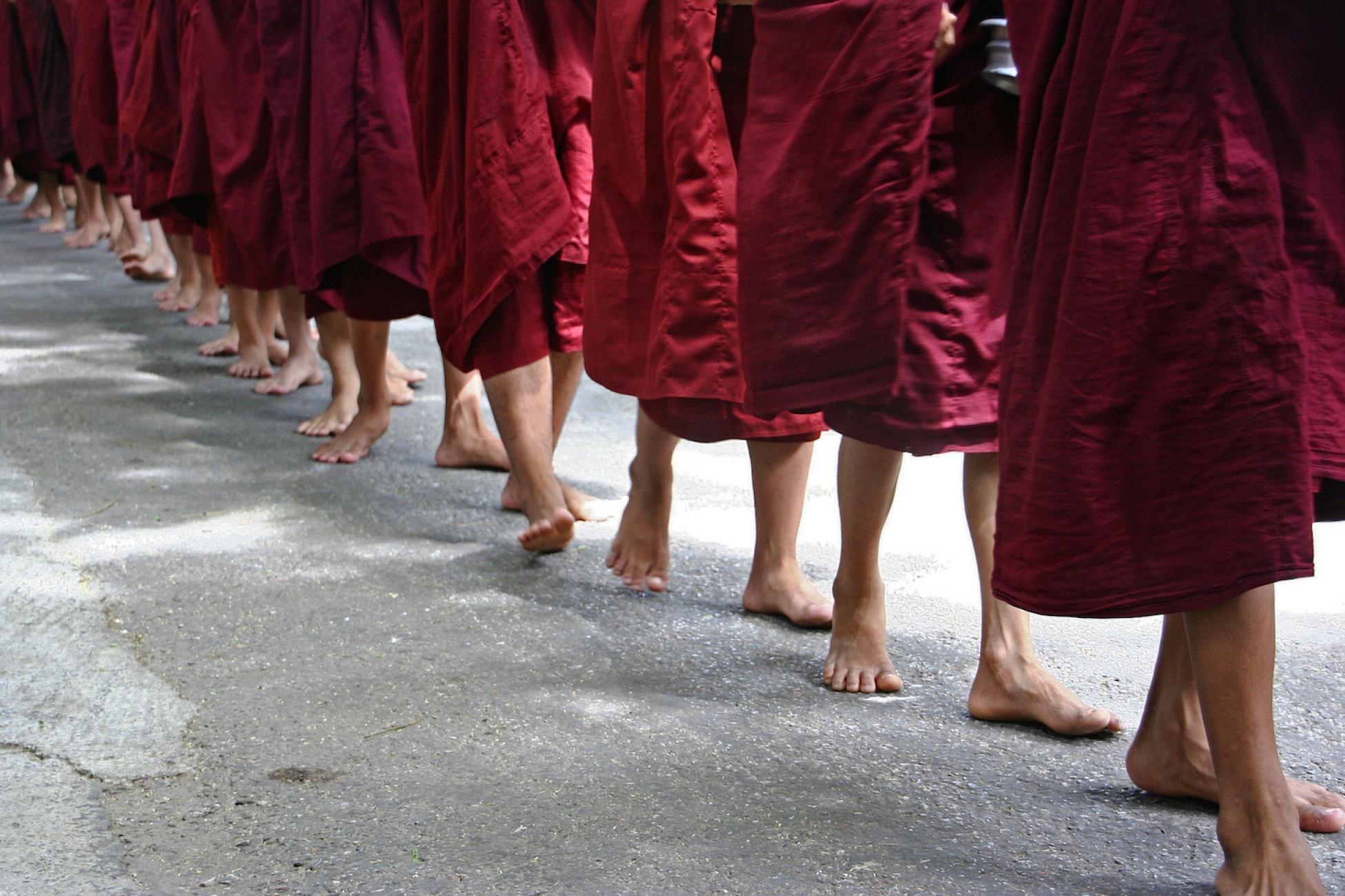 Monks in Burma Imke Stahlmann CC BY 2.0
By  Kaelyn Lynch

Kaelyn explores the impact of one phrase on her life and Burma's future.

The first time I heard the words ya ba deh was in the back of a taxi, weaving through the congested streets of Yangon.

“I’m going to teach you your first Burmese phrase,” Ashin Endaka, my monk friend and cultural guide said, twisting around in his seat to offer a reassuring smile. The fact that these were the first words he chose to teach me (over “hello” or “thank you”) gave me some indication of their significance.

Translating directly to “it’s okay,” ya ba deh encompasses a variety of meanings, from giving permission to shrugging off inconveniences. At its core, it stands for flexibility and mental ease in the face of challenges. In practice, ya ba deh reminded me of the California surfer slang I grew up with: No worries.

“Repeat it over and over again and you’ll be okay in Burma,” was Ashin Endaka’s first culture lesson.

I received homework right away.

I found out that my original plan to volunteer at his friend’s monastic school was no longer possible. Ashin Endaka assured me we would find something else, but I couldn’t help but fear my entire purpose was lost.

Amidst the endless questioning and disappointment that sent my mind spiralling into a state of emergency, I remembered my lesson from minutes’ prior. As I embraced the words, I suddenly felt panic give way to calm acceptance.

As Ashin Endaka and I travelled through Burma, meeting people and exploring new projects, ya ba deh was my armour against stress. From constantly shifting plans, to trying new foods, to late buses and new cultural norms, I made a habit of accepting things as they were rather than worrying about how they weren’t. My decision to disregard my instincts to immediately create a new plan opened up a range of new opportunities from which I can now choose. Talking to a variety of people from all over Burma has provided a deeper understanding that has proven so vital to my research and overall experience I am relieved that my initial idea failed.

As helpful as ya ba deh was for me, as I saw how it is incorporated into life in Burma, I began to wonder if there is such a thing as too much.

I found my answer after two weeks, when a bad gastrointestinal infection caused by lax diligence in food choices landed me in the hospital. If too little ya ba deh equals undue stress and rigidity, too much is complacency. I realized I needed find a balance.

As Burma transitions into a new era, it strikes me as a country trying to do the same. After over 60 years under British colonial rule, Burma became independent after World War II. The political turmoil that followed paved the way for a military-backed dictatorship to take control in the name of restoring order. They would remain in power for over 50 years.

Life under the dictatorship meant the government controlled all aspects of life, from business to media, and it isolated Burma from the rest of the world. As the military elite became richer and the rest of the country spiralled into poverty, the Burmese became one of the most oppressed peoples in Asia.

As the military elite became richer and the rest of the country spiralled into poverty, the Burmese became one of the most oppressed peoples in Asia.

Any opposition was met with harsh reprisals, with anyone suspected of dissent arrested or killed. Nationwide protests in 1988, sparked by army brutality against student protestors and the demonetization of the national currency that demolished people’s life savings, resulted in an estimated 3,000 people dead, and a declaration of martial law. The Saffron Revolution in 2007 was once again met with violence. Not even monks, who led the protests, were safe from retribution; they were beaten, killed, and arrested.

When any protest, even just talking about the injustices, meant imprisonment or death, what could be done? Maybe during this time ya ba deh became a sort of survival mechanism in daily life. While some continued to fight, many seemed to adopt a quiet resentment of misrule, patiently waiting for opportunity.

This was enforced by the junta’s policy of “sustained delay,” where promised steps towards democracy never materialized. After multi-party elections in 1990 showed progress when an opposition party, the National League for Democracy (NLD), scored a resounding victory, the military refused to transfer power. They only allowed another election in 2010, when a military-backed civilian party won amid accusations of fraud and a boycott by the NLD. In this way, the population was led to believe they were on the cusp of change but repeatedly failed to see it occur.

Yet, when given the chance to speak, the people made their voices heard. The NLD’s victory during the 2012 parliamentary bi-elections paved the way for the landmark 2015 general election, in which they won almost 80 per cent of the contested seats, allowing them control over parliament and to choose the next president. The new government assumed power on April 1st this year, signalling the end of total military reign. As Sai Saingn, a social worker and political activist I met explained it, “Burma was frozen for many years; 2012 was the spring and now this summer is an El Nino.”

While Burma is thawing, the question remains how much of the ice will melt. The new government faces an uphill battle, with widespread poverty, ongoing ethnic and religious conflicts, and water shortages. The military also possesses significant power, thanks to a constitution they wrote that cannot be changed without their approval.

Most people seem to greet the new government with a cautious optimism—while they hope for change, they do not expect it. One person, a former political prisoner, has a bleak outlook; he feels Burmese minds have been “poisoned” by an idea of conditioned helplessness. Others have agreed with him, with one putting it succinctly, “Only when the people change will there be change.”

This is an attitude I found when speaking with two young teachers from Yangon. While unabashedly enthusiastic about the new government, they looked confused when I asked how their generation could help bring change. “We’re just civilians, we don’t have the power to do anything,” one said.

This phrase was something I had heard before, but in America. Despite being a democratic republic for over 200 years, many citizens feel powerless against a complex political system, as evidenced by having one of the lowest voter turnout rates, amongst developed countries. Therefore, this phenomenon is not exclusive to countries that have survived under dictatorship; it is present even in a country that claims to be the pillar of democracy and freedom.

Two days after meeting the teachers, I attended a gathering in Shan State, where people from surrounding villages met to discuss issues in the region. Here, I met many individuals actively serving their communities and speaking out against injustice. I met even more who had a desire to create change, but lacked knowledge on how to do so. Regardless, seeing this bravery in a country where political prisoners were still being taken last year is encouraging.

As I think about the struggle for a balance in ya ba deh, I’m reminded of the only prayer I remember from years of Catholic school: “Grant me the serenity to accept the things I cannot change, the courage to change the things I can, and the wisdom to know the difference.”

As Burma tests the waters of democracy, maybe more will develop the courage and wisdom to demand change where it's needed, and hopefully this time, the government will listen.