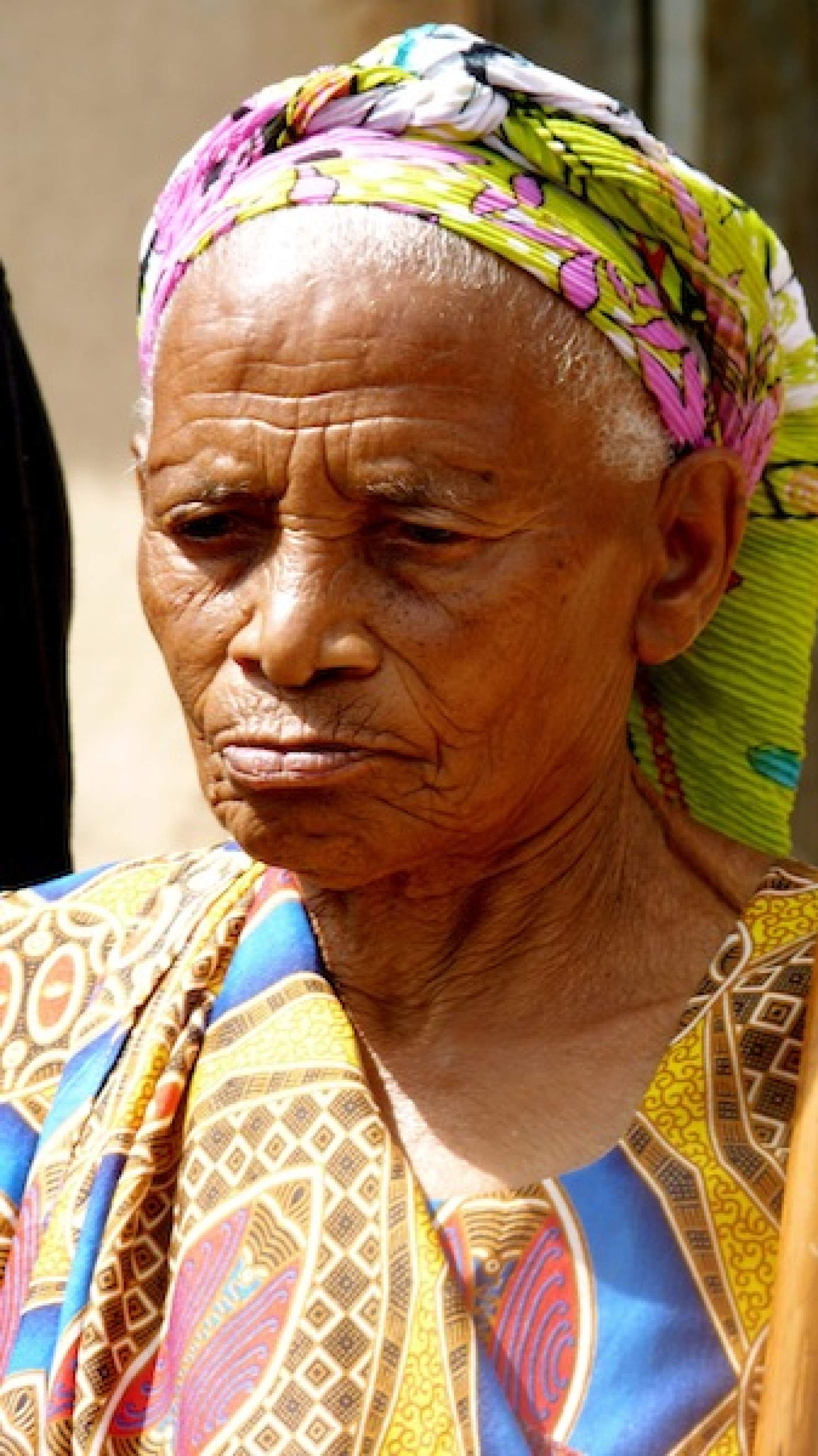 The small pickup truck that was meant to carry Edna from the church to her humble home took off, crammed with women draped in bright folds of cloth and headscarves that shone like gold, and men wearing loose suit jackets with patches at the elbow.

Perhaps they were hungry for the huge pots of steamed plantain, rice, beans and groundnuts being prepared by Edna’s family, or caught up in the excitement of gathering with long-time friends, relatives and neighbours. Either way, the people in the truck were already on their way, pressed together like a colourful conglomerate and seemingly forgetting all about the woman for whom they had come.

One of the pastors watched them go and desperately threw his hands into the air. The pallbearers, carrying Edna in a long wooden coffin, exited the church and realized their ride had left them behind. Confused, they began to move like a drunken centipede, some backing up, some moving forward.

“Can she ride with you?” asked the pastor, approaching the vehicle my colleagues and I had traveled in—a 4x4 Japanese-imported ambulance that had the guts to take on any washed-away road in rural southwestern Uganda.

“No problem,” my colleague replied.

And so Edna and the pallbearers loaded themselves into the back of the ambulance, packed like dry beans. In the front seat, we were five, and I was practically sitting in the lap of the driver. The pastor, sitting next to me, said hello and asked for my email address.

With 40-some people stuffed into the ambulance, we teetered along the rocky iron ore road, passing a river of men, women and children who were going where we were going—to the grassy slope in front of Edna’s home, where the men had already dug her grave and were waiting with shovels to lay her to rest on the rolling hills where she’d raised her children.

My colleagues and I had arrived late to Edna’s burial. The village church was packed with over 500 people who had gathered to mourn Edna’s death. Apparently, it wasn’t taboo to enter the church after the service had already begun. No one glared, nor muttered under their breath, though they did seem surprised to see a “muzungu” (white person) enter and squish her way onto a packed pew.

I had been invited to Edna’s burial by my friend Harriet, a community leader of one of the ngozi groups that partners with our organization. Harriet was one of Edna’s 10 children and had cared for her mother up until her last breath.

I had visited Harriet and Edna’s home only a month ago, where they served me obushera, porridge made from sorghum. During that visit, though I didn’t understand a word Edna said as she chattered away in Rukiga, I watched the way people gave her respect, and how she joked, laughed and seemed to be a source of joy to those around her. The deep lines on Edna’s face revealed her age and she walked hunched and leaned on a wooden stick. Mukaka, they said. Old woman.

Edna’s small body was draped in tangerine cloth and her eyes shone as she laughed. As she shook my hand, I was surprised at how strongly her fingers gripped mine, holding on for many good seconds longer than a Canadian handshake. I liked her instantly, and was very sad to receive the news of her passing so shortly after our visit in her home.

But there was no evidence of sadness or grief at Edna’s burial. In the church, people sang and danced to the beat of a stick on a large cowhide drum and their many voices made up one powerful song that wished Edna a safe passage to heaven. I searched their faces and didn’t see one person crying. Not even Harriet.

Near the end of the service, Edna’s children and grandchildren came to the front of the church. Together, they made up 75. One of her adult grandsons held a small baby. Edna had been lucky enough to live to know her first great-grandchild. Then another grandson hoisted up a photograph framed in gold paint of Edna and walked through the aisles of pews so everyone could say their goodbyes.

Rather, sing their goodbyes. Edna’s burial was a full-fledged party—a celebration that the village would later talk for days about, with the people in their party wear, the flowers and the food that was waiting for all 500 guests at Edna’s home.

And why shouldn’t they party, I slowly began to realize, after shaking off the initial shock over the atmosphere of happiness, even excitement of Edna’s big day.

She had survived despite all the odds against her—drought, poverty, giving birth at home, and being a woman that bore the oxen’s load of responsibility to dig the garden, haul water and firewood, cook, clean and take care of her family. She had, more than likely, watched one or two of her own adult children die of AIDS, which struck Uganda forcefully during the 1980s and ‘90s, and escaped the clutch of other communicable diseases that make it very hard for most Ugandans to reach the age of 92.

Yes, I realized, as I watched the men lower Edna’s coffin into the ground—to live a life and die a death like Edna’s was something great, something worth celebrating.

As the last shovel full of dirt covered where Edna lay peacefully, a hand tapped me on the shoulder and I looked up into the bright face of one of Edna’s nieces.