You are here: Home/ Travel Intelligence/ Why We Travel/ How to Survive Anything

How to Survive Anything 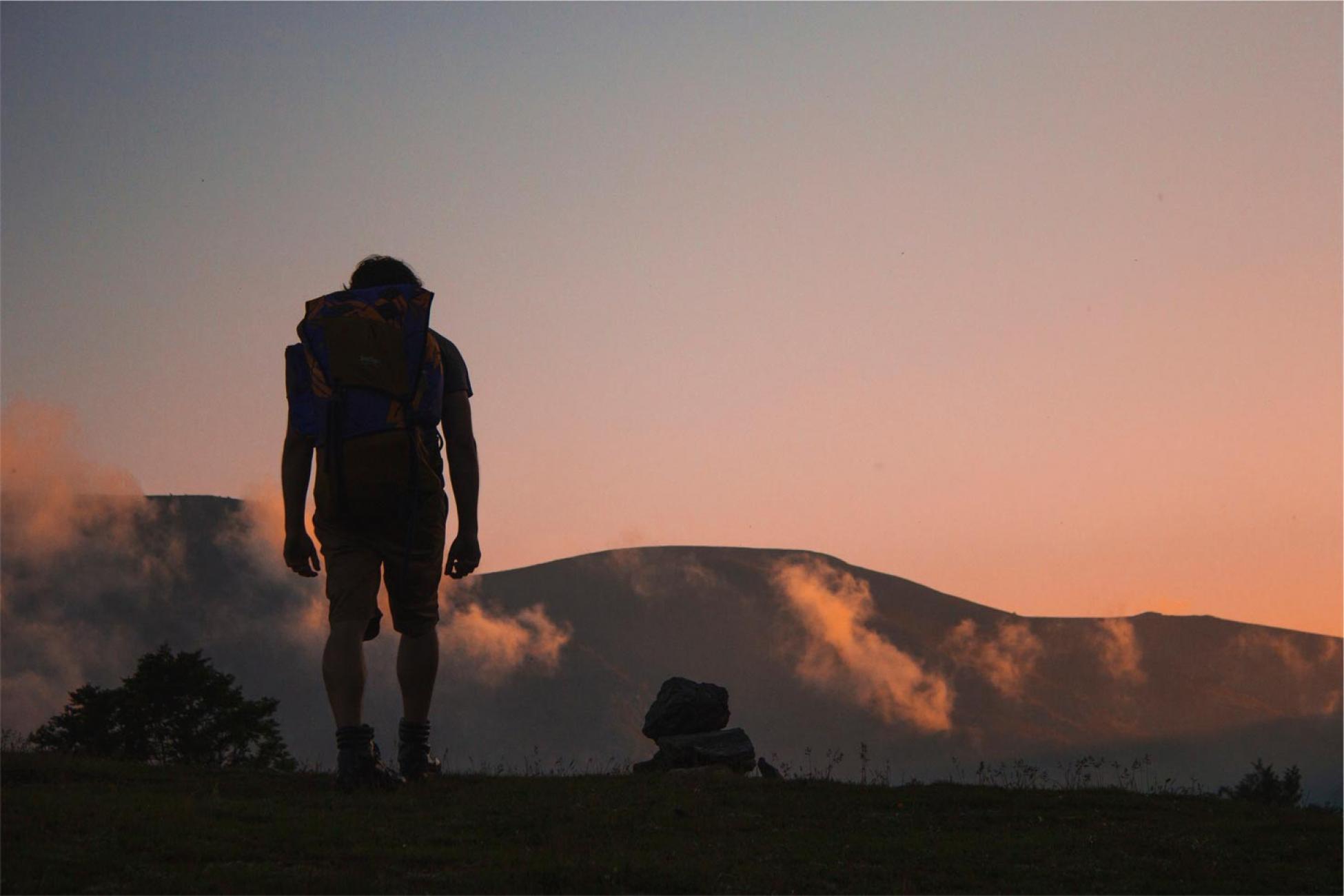 "Survivorman" Les Stroud has endured some of the harshest physical environments on earth. He speaks with Verge about the headspace you need to survive.

Long before daybreak, the ground is crawling with insects—sand flies, ticks, chiggers, ants.  The air is filled with the whine of mosquitoes.  Sleepless, hungry and huddled under an overturned tree, camera rolling, is Les Stroud, trying to remain upbeat, but visibly nearing the point of snapping on his third night out alone in the Costa Rican jungle.

Stroud is the one-man director, camera crew and star of the popular TV program, Survivorman, which airs on the Outdoor Life Network in Canada and the Science Channel in the States. In each episode, he is dumped into a remote wilderness setting in some part of the world with nothing but a few odds and ends that you’d find in your pockets if you were to turn them inside out right now—no food, no water, no tent or sleeping bag or matches. For the next seven days he must survive on whatever he can find and try to make his way to safety

“Survival guru guys make it look like it’s a party, but it’s not,” says Stroud, in a phone interview from his studio in Huntsville, Ontario.  He’s referring to the Ramboesque stunts that some survival experts insist on demonstrating that make for ‘good TV’.  “It’s uncomfortable,” he says simply.  “It may be easier for people who are confident and competent with survival skills, but for everyone else, it’s no fun.”

Stroud is adamant about showing solo-survival situations as they really are: “I’m not a survival guru,” he insists.  “My attitude for the show has been to just be like every person.  I stumble and bumble along, but come up with some unique and cool ways to get out of it and to survive the situation.”

The difference between Stroud and the rest of us, of course, is that he has picked up a few tricks along the way.  After leaving a career as a producer with Much Music, and fuelled by boyhood memories of Jacques Cousteau and Wild Kingdom, Stroud turned to the outdoors, testing the waters by taking wilderness survival courses and eventually establishing himself as a canoe guide.  He says guiding really gave him an opportunity to hone his skills.  Then, in 1999, he and his wife, Sue, spent virtually an entire year in a remote area of Ontario’s vast boreal forest, living rough with just a few pieces of primitive equipment, and only materials that would have been available 500 years ago—no plastic, no nylon, no metal, no matches.

Few of us have the sorts of skills Stroud has acquired to help him get through a wilderness survival situation—starting a fire with a fire-bow, building snares to catch food, weaving palm fronds or grass to make a shelter.  But there’s a lot more to survival than being able to make fire without matches, or to identify things that are edible. “The number one thing in a survival situation, bar none,” says Stroud, “is the will to live—that inner will to keep going.”

Stroud explains that the wilderness skills he’s acquired give him confidence that he’s going to be able to deal with most situations and make himself marginally more comfortable.  But, he adds, “If you have will and no confidence, you’ll probably make it through, but it’s going to be scrambly, it’s going to be painful, reckless.  If you have that will to live and you have the confidence, the survival skills and training then it’s like, ‘OK, I’m not going to get beaten by this, I’m going to survive.’”

A major first step is simply to face the music—you're in trouble and you're going to have to get yourself out of it.

Lawrence Gonzales, author of Deep Survival, has spent years analyzing and dissecting disasters and survival situations to find out how and why some people survive and others do not.  In his article, The 12 Rules of Survival, he writes about the importance of getting organized, setting up routines, and breaking large jobs into small, manageable tasks and setting attainable goals to reach them.  Survivors, he says, “make very few mistakes. They handle what is within their power to deal with from moment to moment, hour to hour, day to day.”

Stroud admits that he has an obvious advantage in this respect because he has his filmmaking to focus on.  He says that this becomes particularly important around the third day of his seven-day episodes when, every time, he’s ready to pack it in.

Getting over that hump means staying focused on a goal and having a list of things to do.  “I’ll have a list of things that I want to show,” he explains.  “I want to do a grass mat, so today, I’m going make a grass mat.  So I’m starting to think and I’m focusing on what I’m going to do as a filmmaker.  I use my passion for filmmaking to lift me up.   If I don’t have something to focus on to film, that’s when I get those really lonely feelings.”

Ironically, in spite of the psychological boost of having a goal to focus on, Stroud says that just getting through one of his week-long ordeals would be a lot easier physically, if he didn’t have to film the whole thing.  On top of hauling around 25 kilograms of camera equipment, none of which he allows himself to use as survival material, he spends the majority of his time setting up shots and keeping the camera equipment operating through frequent bad weather and often treacherous conditions.

“Sixty percent of my time is spent cleaning lenses, changing tape, changing batteries, fixing clogged heads, logging my tape—whatever it is I have to do as a filmmaker—leaving me only 40 percent of my time to survive.  It’s like, OK, I’ve set up my shots, I’ve done all my filming, now I have to build a shelter.  That’s why my shelters always suck,” he laughs. “ I don’t have time to really make a good shelter, because I have to film making a good shelter.”

Gonzales points out that in a survival situation, celebrating even the smallest success is key to keeping a positive attitude, staying motivated and avoiding a sense of hopelessness.  For Stroud, that often means pulling off something he’s never tried before.

“One of my favourite moments was doing the battery-gas-fire in the plane crash show,” he says, referring to an episode where he starts a fire using a battery, some wire and a bit of gas salvaged from a wrecked plane.  “I’d truly never done that,” he says, and adds, “When I’m woo-hooing on camera, which I hope is very palpable, that’s for real.  I’m excited and thrilled that I got the fire going. I think the psychological effect of fire is primo.  When I do my jungle shows it’s like, ‘Why would you get a fire going in the jungle?’  Because I’m scared!  You get a fire going and it takes away a lot of fear.”

In nearly every survival situation, a major first step is simply to face the music—you’re in trouble and you’re going to have to get yourself out of it.  “Survivors don't candy-coat the truth, but they also don't give in to hopelessness in the face of it,” writes Gonzales.  For Stroud, that means hoping for the best while anticipating the worst.

“I think it’s like a lot of things in life,” he offers.  “If you go at it hoping that it will be over quickly, but assuming that it won’t be, you’re going to be a lot better prepared. Once you start with that assumption,” he continues, “then the next thing your mind seems to do is start taking a tally of what you’ve got, what you can get, what you know, what you don’t know—and you start to effect changes.

“I think if you go into a survival situation just desperate to get out immediately and not allow yourself to assume that it could take a lot of time, it’s going to be painful every second, every moment.  It will be anyway,” he laughs, “so why make it worse?”