5 Classic Reads That Will Transport You Around the World

A travel reading list to help you through a pandemic.

Spending my days working from my home office is nothing new—I've been doing it for years—although my productivity has plummeted and without the prospect of travel on the horizon, I've rarely found myself so much in need of a good travel reading list.

My favourite used bookstores are, like everything else, closed. A visit to my local library's online collection would have been a good option, except that I didn't pay a $1.75 late fine from six months ago and now there is nobody working at the library to take my money. So, in my disorganized state, I find myself isolated at home with several boxes of pasta, quite enough toilet paper, but no e-library access, or any new books. Instead, I have decided to revisit my home library.

Whenever I am not travelling, I am reading about other places. There is something about immersing myself in the literature of a country that sets the stage for travel—a gentle introduction to different uses of language, means of communicating, insights into daily lives, cultures, histories or mythologies. And, over and over, there's the somewhat clichéd but reassuring realization of our common humanity, expressed in myriad different ways.

I've dug out some of my favourites to share. Fair warning: there is nothing new on this list—they've all won plenty of prizes—but the upside is that they can be found used, and are most unlikely to be on hold at your local library.

I'd love it if you would share your favourites too. 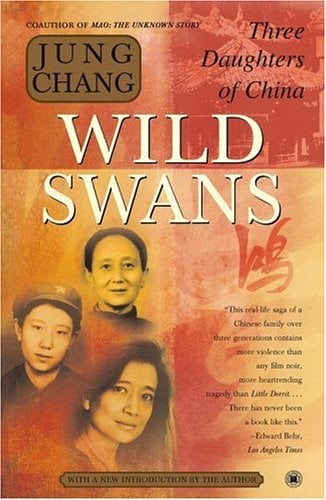 Author Jung Chang brings nearly 80 years of modern Chinese history up close and personal through compelling biographies of her grandmother and her mother, as well as herself.

The experiences of three generations of women span from the end of the Qing Dynasty, or the beginning of China's warlord era, to the rise of the Communist Party, Mao, and the Cultural Revolution. Chang's grandmother had her feet bound from the age of two, and at a young age became concubine to a warlord—effectively imprisoned until just prior to his death, when she escaped with her baby. This child was Chang's mother, whose journey follows the rise of the Communist Party, and Mao—a journey which continues with Chang herself, through the Cultural Revolution and the Great Leap Forward and afterwards—when she leaves China for the UK in 1978.

This books deals with many difficult aspects of China's recent history, and is still banned in that country. Chang's chronicle is never dramatic in the telling, but is profoundly shocking. The hypocrisy and incongruity of Mao's rule, which destabilized societal structures and human relationships, is juxtaposed with the courage of a family struggling to survive it.

Fascinating and horrifying, in equal measure, this is one of the best-selling non-fiction books of all time, and very difficult to put down. 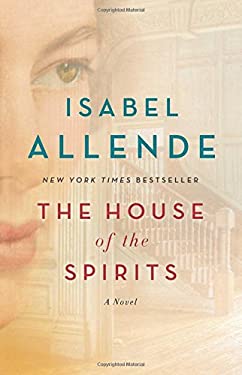 I'm going to cheat a bit here, and add two other books by Allende—'My Invented Country', and 'The House of the Spirits'. All are autobiographical—though 'Paula' and 'My Invented Country' are (mostly) literal, while 'The House of the Spirits' is a novel based on the experiences of four generations of Allende's family, and written in the magical realism style that Latin America is known for.

Between them, these books explore the events of Allende's life and those of her homeland, where she lived until the assassination of her father’s cousin, President Salvador Allende, in Pinochet’s coup. Though 'Paula' is an overwhelmingly sad book, (Allende is documenting her family history for her dying daughter) it is a deeply personal and engaging look at life in difficult times, the effects of which the nation is still struggling to come to terms with. 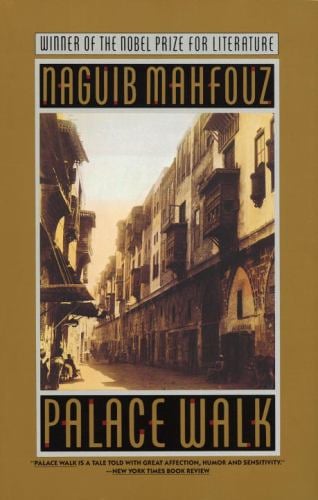 The first book in the Cairo Trilogy, 'Palace Walk' provides a detailed and intimate view of life in Cairo in the early 20th Century, when Egypt was occupied by British forces. The novel follows an ultraconservative Muslim family and their changing fortunes, during turbulent political times. While the family saga is entirely fictional, it is fascinating in its depiction of the daily workings of a very conservative Egyptian household, where the women are confined to the house. It is an insightful window into a culture that is difficult to access from the outside, and widely misunderstood—and Mahfouz, a Nobel Prize winner, has been rightly praised for this. 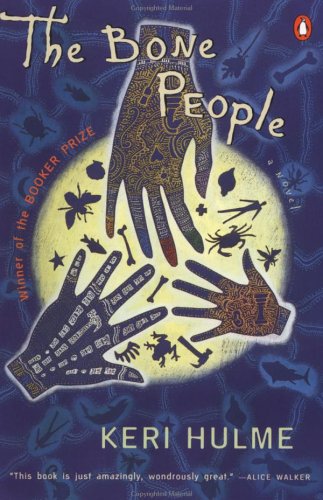 I'll admit, I struggled to decide whether to include this book or Alan Duff's 'Once Were Warriors', also from New Zealand. But, 'The Bone People' won out in the end because it is one of those books that stays with you long after you finish. It is a story of three misunderstood, damaged and isolated misfits—a reclusive artist, a violent alcoholic and a mute child—and the development of a complex relationship between them. It is deliberately disturbing, a metaphor for the clash between European and Maori cultures—though, ultimately, with ambition for healing. The craggy landscape of New Zealand's South Island, and its people's relationship with the sea, are woven throughout this tale.

Heads-up: don't give up in the first 50 pages. Hulme's style is unique, but once you adjust to her pace it is mesmerizing. With this book, the author was the first New Zealander to win the Booker Prize. 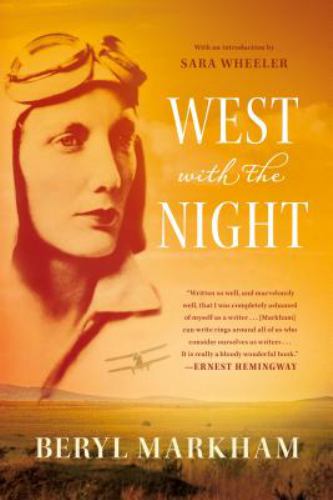 West with the Night takes its title from a remarkable journey: in 1936, Beryl Markham became the first person to fly west across the Atlantic in a non-stop solo flight (against the prevailing wind). This book knits together a series of vignettes from the author's life—her childhood in what is now Kenya, and her years working as a bush pilot in East Africa in the 1930s and finally, her solo Atlantic crossing, for which she should be much better known.

This book is exceptional in so many ways. Markham's lyrical writing style is combined with humour and keen observations. It is autobiographical without being inward-looking; written by a woman of European descent who grew up with exclusively Nandi and Maasai playmates, and who became the only professional woman pilot in Africa in the 1930s. Her upbringing and her work gave her a unique perspective and opportunity to keenly observe a chapter in African history. She tells her story eloquently, conveying her love for this land and its people.

Ernest Hemingway famously said of Markham, "She has written so well, and marvellously well, that I was completely ashamed of myself as a writer." In 2004, National Geographic Adventure ranked this number 8 in a list of 100 best adventure books.

A note about links in this article: Links to titles in this article are to Better World Books, who sell and ship used books around the world. We love them because they are non-profit, they ship internationally, and they have relationships to online libraries that offer free copies of many of these books. We get a very small commission on sales—we are looking for creative ways to support our site—but all content and opinions are ours alone.