You are here: Home/ Articles/ Study Abroad/ Blogs/ 5 Things to Know About Studying in Melbourne

5 Things to Know About Studying in Melbourne 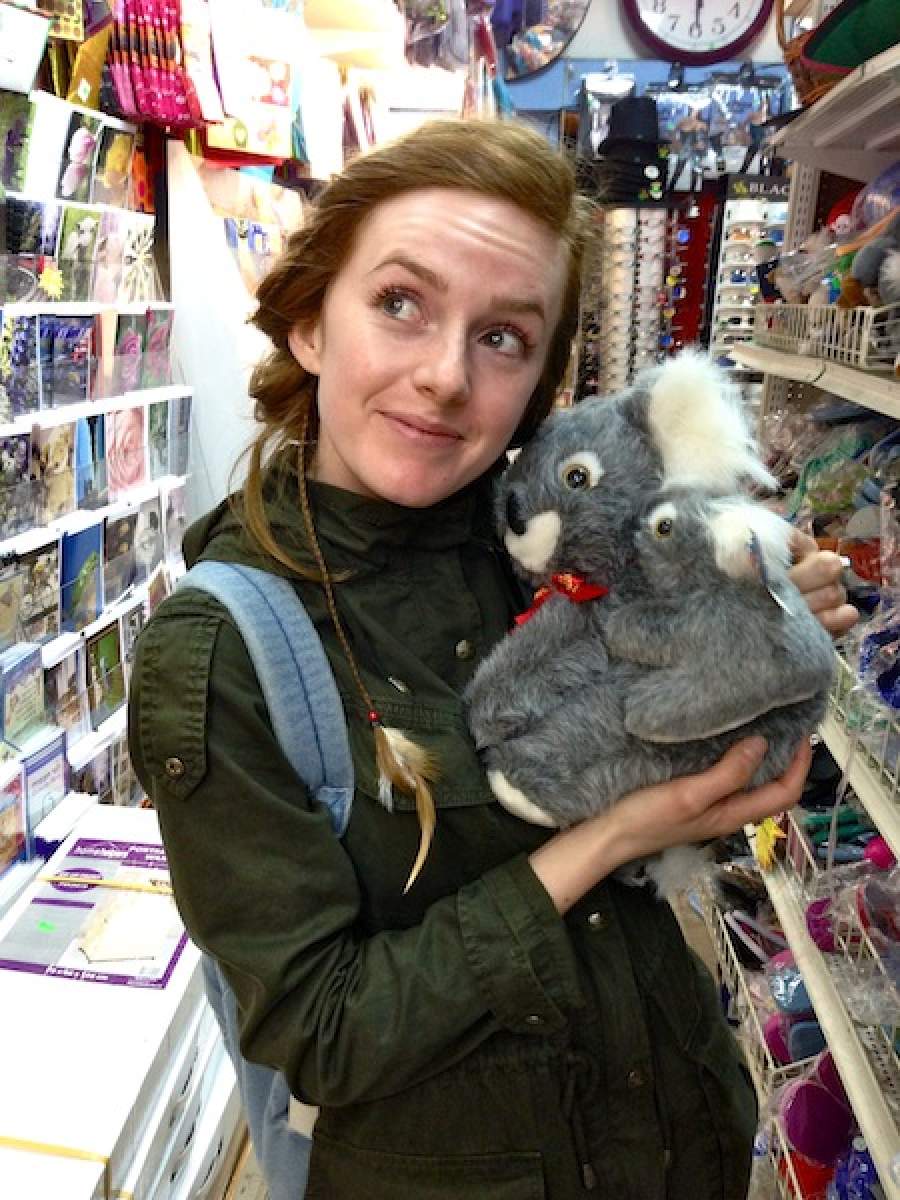 The only wildlife that Phoebe has seen in Australia.
By  Phoebe Todd-Parrish

The advantages—and disadvantages—of ditching Canadian winter for an Australian summer.

I travelled 16253.65 kilometres, I’ve been here just over two weeks, I’ve switched my classes three times in university, met with nine landlords, coped with being 13 hours into the “future,” slept in one hostel and found one house to call home, taken more than four trams or trains or buses every day since my arrival, eaten one meat pie, eaten too many bowls of Milo and handed out more than 15 resumes. And you know what? I haven’t seen ONE kangaroo.

So far, my experience might not have been what I expected, or what my eager, Skype-happy friends are hoping to hear about (“Have you died from a red-back spider bite yet?” one questionably excited friend asks every time I appear online) but it’s sure been a lesson in patience and independence.

I think one of the biggest learning curves of going on exchange in your university degree is this: are you ready? Well, it’s that I can’t really tell you what it’s going to be like. No one can. You can ask a ton of questions, add a whole bunch of friends-of-friends that went on exchange to your host country to your Facebook page and pack your bag a hundred times. But there are always going to be parts you can’t prepare for, things others have not encountered and mostly (fashionistas take note:) shoes you really should have brought.

Like a lot of people my age in undergraduate degrees, the need for pre-departure answers is insatiable. But even your idea of what an “Australian” might be like could turn out to be wrong (my experience: they’re pretty much like us except they roll their “r” sounds). Vegemite doesn’t taste that bad. And not every male is wearing a crocodile vest. In fact, they are more likely wearing tshirts that were designed in, you guessed it—North America.

I won’t try to tell you what to expect when you come here (you’ll just have to come find out for yourself!) but I will tell you the top five things that surprised about moving from Toronto to Melbourne for a semester of university. These are things that either subverted expectations that I had, clichés I bought into, or things no one had ever said anything about and that I found to be intriguing or challenging about ditching the Canadian winter for the Australian summer.

If you’re from Toronto, you’ll probably wince when I say this next thing: I found a transit system possibly less reliable than the TTC. For those of you not familiar with the way Torontonians get around, it’s more or less summed up with: expensive, antiquated and not very helpful.

Melbourne’s transit is incredibly extensive and I was pretty impressed with my ability to hop on and hop off using a swipe-able card to get from one side of this sprawling city to the other. It isn’t until you meet a Melbournian who tells you they hate the swipey-card and that they own a car (or have a friend with one) that there are some problems the system. Alternatively, it only took us one late-night-out to realize transit stops at 12 and then it’s cabs or your poor, sore feet to get you home at 1 am.

I feel like if my trip had a soundtrack it would be, “You Can’t Always Get What You Want” by the Rolling Stones. Especially when it comes to classes. Or even houses, or jobs. But, I remember that the next line is “But if you try sometimes, you get what you need.”

I suppose I assumed that when I got here I’d waltz into classes with my alluring foreign accent and charm my way through the semester. Instead, you have some administrative stuff to figure out, fellow students! But, it will work out. Probably.

Okay, I know I complain about my friends who ask repeatedly, “So where’s the Facebook pic of you and a koala?” The only one I’ve seen so far was in a “more-than-a-dollar-but-close-enough” store. I took a picture. Get off my back guys.

This is not Tim Hortons. This is not Dunkin Donuts. This is barely even coffee, in the North American sense of the word. If you want caffeine that comes from beans, it’s not going to be like the large double-double they pass you through a window in exchange for a toonie. It will instead be something small, expensive (at least $3.50 AUD) and damn it, it’s going to taste good!

I think I’ve ordered everything on the coffee menu in search of the huge, penny-saving, crappy cup of coffee that I am so fond of. (Also, forget about getting a hospitality job if you don’t know that a “flat white” is not referring to the qualities of a piece of paper).

It’s not always sunny in Australia. I don’t know why I believed that. But I do know why I ignored the advice from Monash University to prepare for “four seasons in one day” in Melbourne—I had four seasons in Canada I didn’t want them overseas! I take full responsibility for not having a raincoat here. Call me an optimist. The second day here when it rained and myself and my Canadian roommate walked home from being stranded (see item #1 on this list), we learned to bring a jacket at all times.

When I feel a little lost (if you go South in Australia it gets colder—weird I know) I just remember there’s one piece of advice that is always going to be right—gravity. Even in the Land Down Unda that simple thing keeps me grounded (literally) so I’m free to trip up as many times as I like and figure out how to live in a new country, dispelling myths and making it up as I go along.