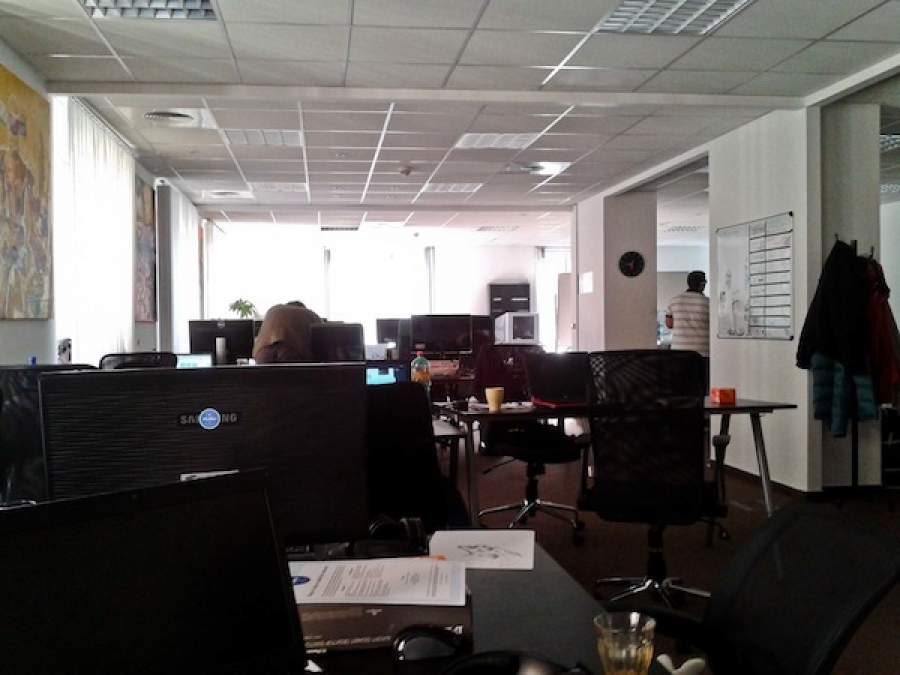 Ever wonder what it'd be like to work in an Eastern European office?

One of the questions that I receive the most frequently about my experience abroad is what is it really like to work abroad. What are the differences in work culture and has anything strange happened? After a year and a half in Hungary, here are some of my thoughts about what it is like to work here:

Essentially, working abroad is no different from working in North America. You go into an office every day, sit at a desk, communicate with your colleagues and get some work done. But there are subtle little things that happen that makes you stop for a moment and go, "Oh, right, I’m in a foreign country.”

Communication in the Office

This was probably the biggest part to get use to. English is the business language of the offices that I’ve worked in, however, not all my colleagues are native speakers of English. In fact, the majority are not. I’ve gotten used to hearing Hungarian in the workplace on a regular basis. On occasion, I’ll hear other languages such as Polish and Russian being spoken as well. Answering the phone is also a bit of a shock as Hungarians, of course, have their own greetings. Usually when answering the phone, I can manage to convince the person on the other end that I speak Hungarian, which prompts them to launch into rapid-fire Hungarian. It’s a very disorienting experience and I usually resort to handing the phone off to a colleague.

Despite being a member of the EU since 2004, Hungary, in many ways, is still slowly developing especially when it comes to government bureaucracy. Often it is inefficient and makes no sense. At a whim, the government introduces new laws that affects many industries and those working in them, often with negative repercussions. These sudden law changes and red tape, makes it difficult for growth in the country as the business environment is so uncertain.

In general, working in Hungary is more relaxed and open in comparison to working in North America. Most offices follow an open concept layout with employees sharing tables. The dress code is also a lot more relaxed—I have no problems wearing jeans in the winter and dresses in the summer. I can count on one hand the number of times I’ve seen anyone in a suit during my entire time here.

You always hear that that Europeans are entitled to more holiday time in comparison to North America. The reality of it didn’t really cross my mind until I arrived and was introduced to the vacation policy at my office. Turns out that at a minimum you receive 20 days a year of vacation time and this increases as you get older. It’s much better than the minimum 10 days you receive in Canada!

But despite all these little differences, over time, it has all become second nature to me. I can easily tune out the Hungarian I hear in the office. New laws or complicated government procedures don’t faze me (as much!). It has been a challenge to learn how it all works, but it is all part of the experience of working in a foreign country!