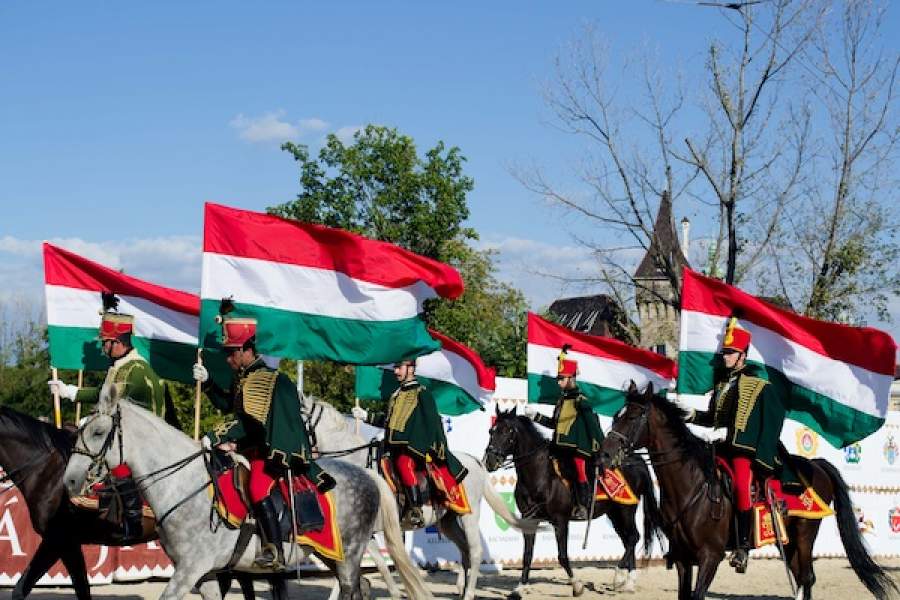 The National Gallop parade in Budapest, Hungary.
By  Adelina Wong

Adelina spends a day at the races.

Imagine turning a city block in downtown Toronto or Vancouver into a horse racing track, inviting representatives from every village and town in the country along with their horses, and having continuous races over the course of a weekend.

That is exactly what Budapest does every year at the National Gallop. The city’s iconic Heroes’ Square and surroundings are transformed into a racetrack; an arena for the country’s cities and villages to show off their best riders and horses. Heroes’ Square is home to the Millennium Monument, which depicts leaders of the seven tribes that founded Hungary when they conquered the area on horseback. There couldn’t be a more fitting location for these races.

Thousands of people attended this year’s National Gallop. I watched the races from right inside the racetrack, an opportunity more formal racetracks cannot offer. You can hear the yells of the riders and the pounding of the horses against the ground as they race on pass.

Horses have played a big role in Hungary’s history and the Hungarian people are known to be horse people. Throughout history, Hungarians on horseback have fought for land and food. Their way of fighting was unique and very effective as they could use both their hands to shoot arrows and control their mount with only their legs. When Hungary was a part of the Austro-Hungarian Empire, they supplied men and horses for the imperial army.

Fast forward to today where horses are primarily used for breeding, recreation and racing. A Hungarian horse by the name of Kiscsem is considered to be the most successful racehorse ever by winning all 54 races she was entered in.

With all these horse related achievements to be proud of, you can see why Hungarians see themselves as horse people and why they have a big festival every year to celebrate their traditions and history, seeking the coveted title of the best horse and rider in the country.