The Alcohol-free Guide To Socializing Abroad 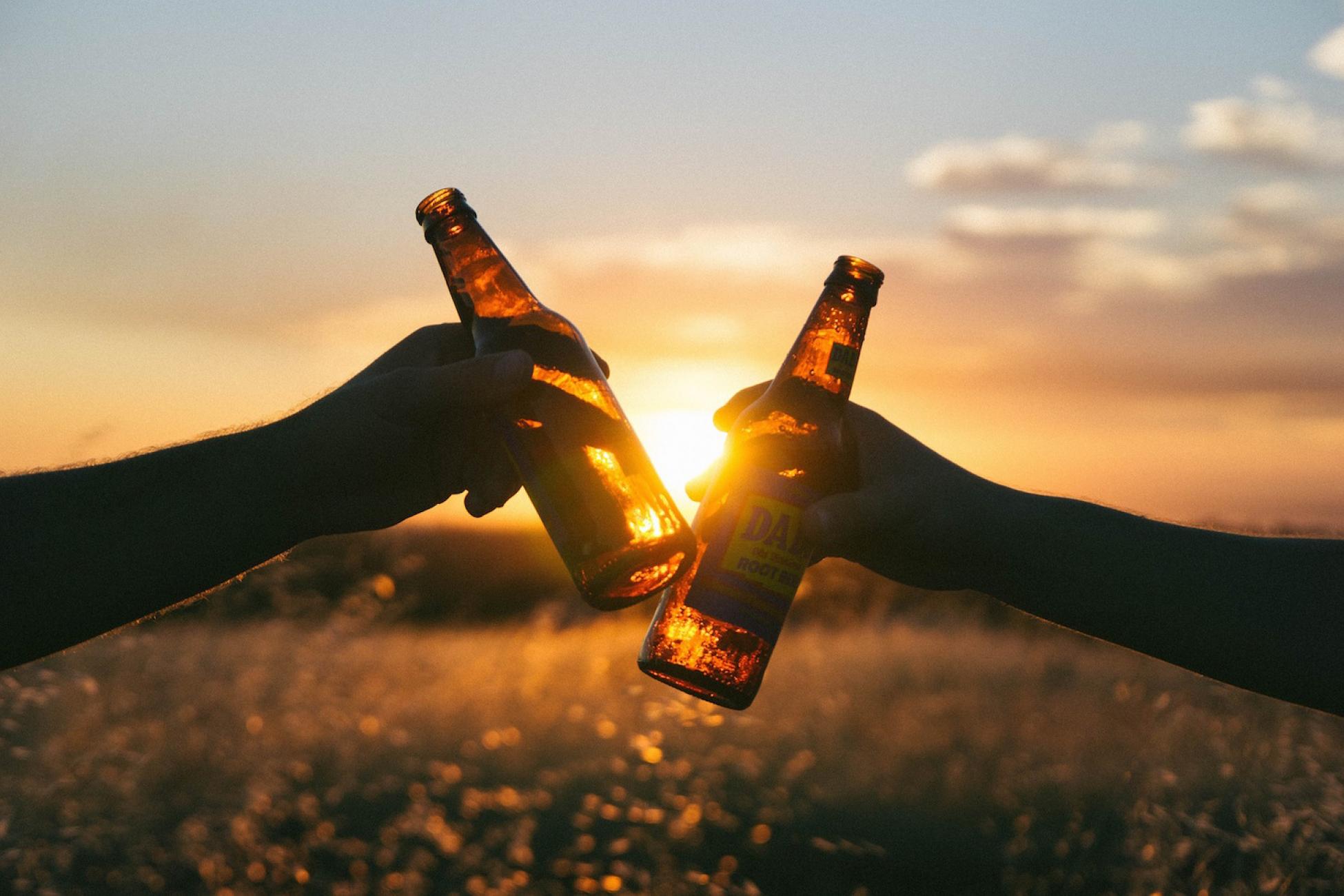 A root beer can be just as refreshing as a beer. pixabay.com CC0
By  Durrah Taqiah

Meeting new people overseas is harder. It's even harder when you don't drink.

Drinking culture exists in many parts of the world. Its dominance at social events gives people the notion that their social lives wouldn’t exist without diving into a pint or two. I don’t know how it became unusual to be a sober youth—as many people around the world have never popped a champagne bottle open or held a shot glass in celebration—yet it’s still something that many battle with, especially when they don’t know where they fit in without a glass in hand.

I know that, because I’m that girl. Up till four years ago, I didn’t know where I fit in. I had to waltz around the room, dodging offers, putting on a brave face in retaliation to the amount of "why?" questions I'd get in an evening. I couldn’t decide whether the looks were conflicted or judgmental, but they often were followed by a "really?"

Yes, really. Looking back, I’m not sure how I survived university in England where alcohol plays a big role in almost every party or celebration and I’m not sure how I’m still surviving living in the Guinness country, with its thriving pub culture. (Perhaps I need to consider moving to Morocco next?) However, it's not impossible. Here's how I've managed it.

I think it’s important to not discard a party invite on the basis of "not drinking." It fuels the false idea that you need alcohol to have fun, when in fact, alcohol is merely an accelerant. Be brave and get yourself out because feeling insecure about your sobriety will get you nowhere; it’s important to stand strong with your reasons and show up feeling like you’re ready to blend in anyway. You’d be surprised at how far that first step can take you.

Contrary to popular belief, people who drink do not dislike those who don’t drink.

Through many events, I've realized that I can be as comfortable as everyone else, in my own way. Sure, there were many times where I felt like I didn’t want to go out and I would rather be in bed, but I never once regretted pushing myself to socialize. I’ve met an array of personalities and fortunately, most of them are the best friends I have today.

I’ve also had enough conversations to notice that most people don’t realize that the insecurity goes both ways. Contrary to popular belief, people who drink do not dislike those who don’t drink. They don’t enjoy feeling judged or that someone’s watching their every move. If you don’t feel welcomed, chances are they don’t feel accepted by your values either.

Acceptance is a two-way street

On that note, learn to accept others the way you want to be accepted. If you are confident enough to join in the crowd and have fun in sobriety, so will they.

But in the midst of being your true self, having fun and dancing like nobody’s watching, remember that patience and tolerance are your two best friends now. People might end up doing or saying things they don’t mean, so try to take everything with a pinch of salt and let loose. It can be hard sometimes, and it did take me awhile to build a bulletproof armour for myself, but I took everything in my own stride. Remember that everyone is out to have a good time, on their own terms, with their poison of choice.

So if you make it awkward by keeping a diary of everything that happens throughout the night, then hit it on playback the next day, chances are you’ll never be asked out again.

Being true to yourself

This is the hardest part about refusing a drink is having to explain why.

I spent a great deal of time coming up with reasons that would conjure the least questions, mostly involving health, religion and lifestyle. Then I realized it doesn’t matter. The best reason to give is, “I don’t like it,” because you shouldn’t be spending the night trying to justify your actions either. Be as truthful as you want to be, but ultimately, remember you don’t owe anyone an answer.

Don’t let something as silly as reasoning deter you from a fun night. Bear in mind that while there will be ignorant people cornering you, often, that ignorance comes from curiosity. People generally fear what they don’t know, or things they perceive as uncommon, so they might have a million questions to ask. Don’t feel like you have an obligation to answer all of them, not at the expense of ruining your time at least. But it wouldn’t hurt to share a little bit of your perspective with others. In my experience, it usually stirs up a healthy debate and it paves the way for acceptance in the long run.

An exceptional set of friends

Lastly, I’m extremely lucky to have been surrounded by the best people who makes being "different" so much easier, especially in a culture where alcohol is at nearly every event. Personally, I think all my experiences have shaped me into bolder individual. I’ve been told a million times how confident and brave I am to endure a drunken night out completely sober, or a networking event where I had no alcohol to calm my nerves. But the best compliment was, “I’m so proud of how secure you are about being your true self.” So I guess at the end of the day, people do like you for who you are, with whatever drink you have in hand and that’s one way of making a connection with another.

It is unfortunate that this is still a battle most of us have to deal with, but with the rise of non-alcoholic options, hopefully it’s a step toward normalization soon. In the meantime, to my fellow non-drinkers: be you, be confident and good people will naturally gravitate towards you. (And to the drinkers; have mercy on the rest of us.)