You are here: Home/ Articles/ Work Abroad/ Blogs/ What I Learned During My Working Holiday in Australia

What I Learned During My Working Holiday in Australia 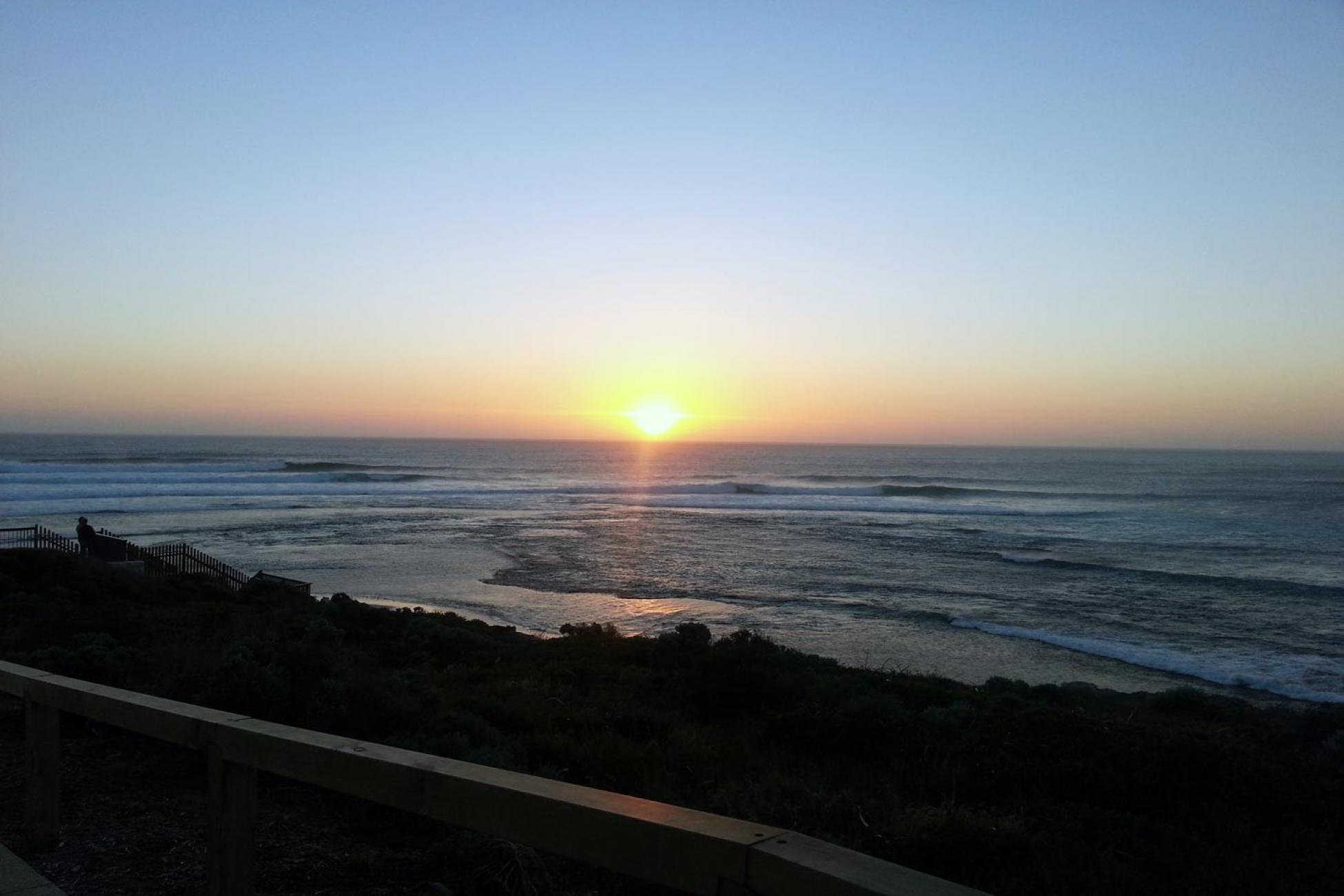 Taylor reflects on the travel resolutions she made in 2014.

In the Southern Hemisphere, 2015 for me has been ushered in amidst the madness of the start to summer, preparing for my impending departure from Australia and planning for a two-month tour around Southeast Asia. Because of all that, these first few weeks of the New Year have left little time for reflection and I find myself resolution-less.

If I’m truthful, I’d have to say that come December each year I’ve usually forgotten what it was I pledged to myself 11 months earlier, and last year I not only made seven specific promises to myself, but I put them in writing here. Between then and now I’ve held eight different jobs and moved from a city apartment to a former Sheik’s house, to a tent, to a vineyard. I’ve met with all kinds of crazy “nature” you’ll find only in Australia, saved a dog from a kangaroo, mastered the proper pronunciation for “emu” and bought a car named Betsy Laser Beam.

As dawn shows bright on a new year of possibilities, and as my Australian adventure comes to an end, I’m revisiting the resolutions I set for myself at the start of this trip to see how well I’ve done at self-improvement.

I know for certain that alongside all the extraordinary things I was able to see and do this year there have been many moments of confusion and anxiety. But getting through each new move, each job, each question of “which direction do I go?” has helped me to realize that things will always work out—if not in the way you thought than some other way. There has to be an outcome to every endeavour and whatever it is will push you a little further along down your path. You’ll come out the other end of a situation you felt was impossible or purposeless at the time and you’ll be surprised to find yourself stronger for it.

I’ve reached the end of my year and I have no better idea of where life will lead me next, but rather than feeling overwhelmed I’m trying to focus on how exciting it is to be afforded such a blank slate. I don’t know if I succeeded in worrying less this year, but I think I have become a little better at rolling with the punches.

Yes! There is a success story here. After four trips abroad and narrowing down my luggage from the contents of two suitcases to one measly (bursting at the seams) backpack, I now feel pretty confident about what constitutes a necessity. Now comes the real challenge: two months across Southeast Asia in traditional backpacker style. Gone will be my heavy carry on, my computer, those $2 thrift shop heels, all those extra layers, the hairdryer and straightener. . .freeeedommm!

I hear that Asia is supposed to have excellent shopping. . .

3. Learn a new skill/follow a whim

“Continue testing my personal boundaries. . .” That’s what I was hoping for at the start of 2014. While I don’t have one big achievement I feel I’m walking away from Australia with, I think I’ve succeeded in stepping into and making it through lots of unfamiliar terrain.

For the first time since I was a kid, a bicycle became my main mode of transportation and I realized how cool it is to get to faraway places with nothing more than the power of your own two legs. I rediscovered surfing, became more comfortable around insects of all kinds (Jersey beasties, you don’t scare me now), learned how to make a bed with perfect envelope corners in a four-star hotel, caught my very first fish and was taught how to clean it. Separately, they are all pretty small, unimpressive achievements, but all of them together represent me adding to and altering the components of my everyday routine.

One of the greatest things about the working holiday remains the constant invitation it gives you to drop into a new place and try on the lifestyle for a while.

4. Be more responsible with money

I’ve come home from too many trips with lots of great stories but no money in my pocket, so one of my biggest goals for this year was to walk away from Australia with a little financial security. Thanks to a very decent pay rate throughout most of the country, doubling up on jobs, having a partner who has a lot more self-control in the spending department than myself and keeping a strict (almost OCD) record of every dollar in and out of my pocket, I’m finally able to return to the States with a safety net.

I started the year jobless and nearly penniless and discovered how little money I really need to get by and be okay. It’s one of the best lessons I’ll take home with me. From that point, I managed to grow my savings steadily and still enjoy my working holiday. At the end of the day, that’s still more important than a few extra dollars in your pocket.

Apart from my Grandmother, who has been my perpetual pen pal throughout most of my travels, I have to say I didn’t make much of an effort on this one. Although if postcards and cards for birthdays and new babies and Christmas and “just because” count, then I suppose I’m not actually so bad at snail mail. But it goes both ways: generally, within just a few weeks of every new move I make, an envelope will appear at my new address from one or another of my family members or friends. Knowing that someone thought of you enough to take the time to write and send a letter is one of the nicest things.

“Simplify in a world where everything is always turned on. Enjoy conversations without glancing down at my phone. . .Once in a while, instead of trying to capture a perfect travel moment on camera or through social media, turn it all off and feel what it’s like to be completely present in the moment.”

This is the first time I’ve been travelling with a smartphone, so in a way I’m more connected than I ever was before. It’s super convenient and I love it for all its benefits, but I easily succumb to the same temptation of staring at my phone while waiting in line for a coffee, while a dinner companion has gone up to the bar, in between making coffees at work, etc. I am definitely aware of the need to disconnect more.

As long as you realize, especially while travelling, that the whole world doesn’t exist behind the screen of your mobile device, but is actually right out there in front of you and that not everything you experience needs to be shared or liked, then I think you’re doing ok. One of the biggest joys of travelling, even in our over-connected world, is still that idea of getting lost: exploring new things, being a different person and leaving the rest of the world behind instead of following your every change in direction.

7. Don’t be prejudiced towards Australia

New Zealand still holds that special place in my heart, but Australia has offered up completely different experiences and I’m grateful for all of them. Besides, it’s hard to be prejudiced against a country that’s allowed me to indulge my inner beach bum for an entire year. The Great Ocean Road, tropical Port Douglas’s glimmering Four Mile Beach, the wild white sands of WA, I laid my towel out on all of them. That’s clearly the biggest accomplishment of my year right there.