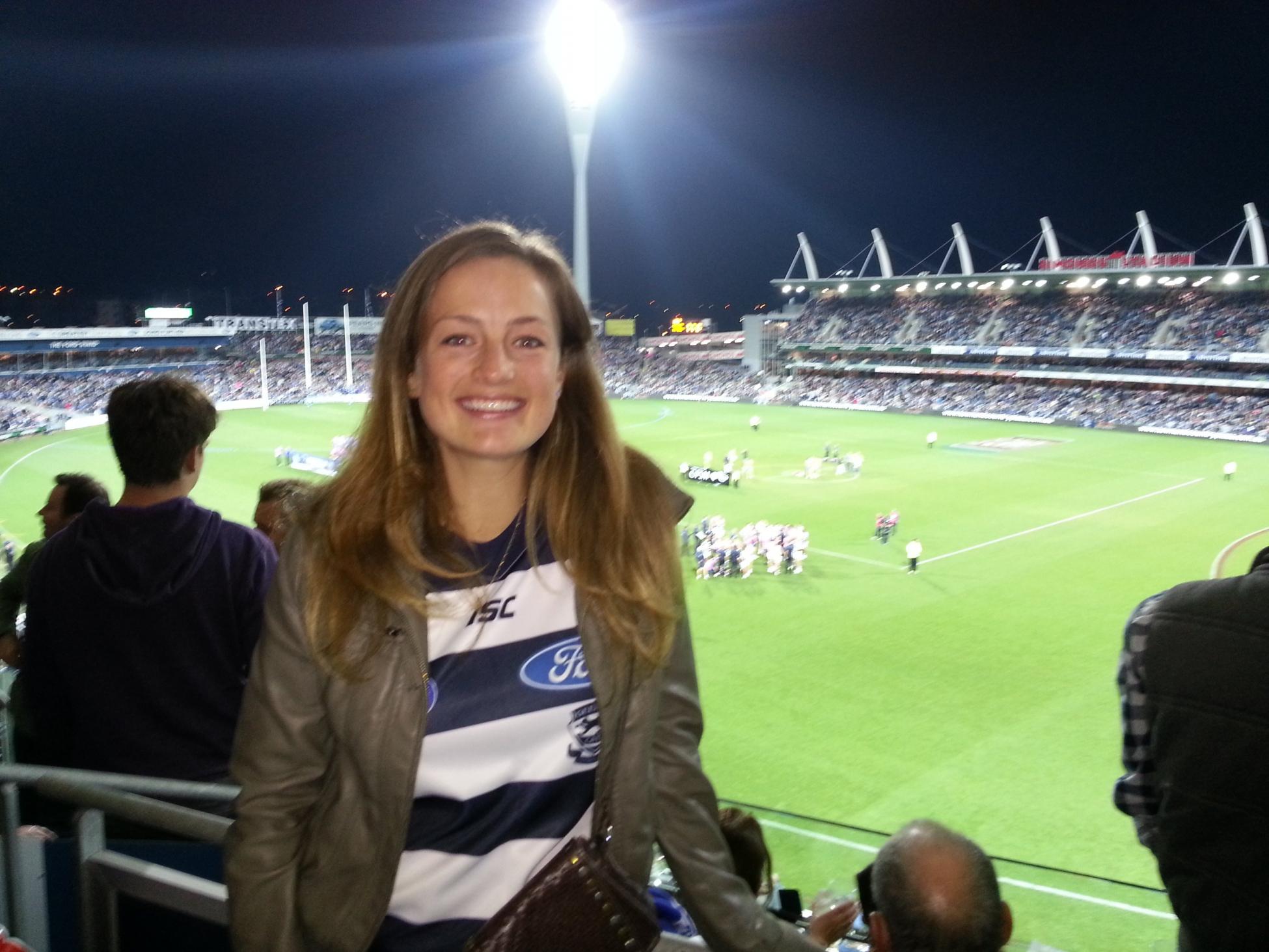 The top ways to experience Australian culture in Victoria.

During my last few weeks living in Victoria, I was fortunate to have a few experiences that felt truly Australian. No matter where in this vast country you are, the following are great ways to open yourself up to Aussie culture:

Go on a road trip

Whether it’s the East Coast hop from surf town to surf town, a voyage into the outback’s dusty network of back roads, or a trip around Tasmania, the sheer size of Australia means unlimited options for jumping in a car with a few friends and a vague idea of a destination. Since we were living in the “Gateway to the Great Ocean Road” it seemed mandatory to drive the iconic coastal route before leaving Torquay.

When a friend from New Zealand came to visit we rented a car for two days, first driving inland through the Victorian countryside to the Grampians mountain range. There we walked to several vistas with sweeping views of flat plains stretching out to the horizon, got up close and personal with hundreds of kangaroos as they fed in the fields of Halls Gap, and spent a chilly fall evening around a wood stove in an Eco-YHA hostel. The next morning, after an early drive out to see an Aboriginal cave painting of Bunjil, the creator ancestor, we turned south for Warrnambool at the far end of the Great Ocean Road.

Starting from the western end of the winding highway, you hit the Shipwreck Coast first. Empty stretches of land converge into steep cliff faces that drop off into the powerful Southern Ocean. We pulled off the road a handful of times to get a look at the giant limestone formations standing off the shore. Crowds of unloading tour groups still didn’t manage to take the magic away from the Twelve Apostles, the most famous of the rock groups. As the road cut inland we stopped for a rainforest walk in the Otways, one of Australia’s beautiful national parks. Filled with waterfalls, ferns and towering gum trees, the Otway ranges continue on as you drive out onto the Surf Coast and through the coastal villages of Apollo Bay and Lorne. Further along, we pulled off onto a side road known to be a koala hangout and found a couple of the funny tree bears munching and snoozing in branches right next to the road. No need to visit the zoo on this roadtrip!

Become a fan of a new sport

I was invited by my boss to attend my first AFL match, the Geelong Cats vs. North Melbourne Kangaroos and was surprised at how quickly I got into the game. Aussie Rules manages to simultaneously look like a mash of so many other sports and like no sport you’ve ever seen. You kick and punch the ball, but you must not throw the ball. You can run while holding the ball as long as you bounce it every 15 meters. There are 36 men on the field at all times, all of them moving back and forth constantly and it’s possible a key player could run a half marathon during a game.

The crowd I was with only did sport in style, a far cry from the “dollar dog” nights at the Phillies stadium that I’m used to. We had a corporate box section set up with wine, a cooler of beer and an unlimited array of sandwiches, pies, dumplings, candies and cakes that kept rotating past me every few minutes. As I sipped a glass of red wine, I heard one of the guys ask another, “Pardon Brad, could you please pass the chutney.”

After the game, I was able to sneak back to the family area to meet one of the Cat’s players, Jordan Murdoch, who my boss happened to sponsor. While waiting for him to come out of the locker room, we chatted with his fiancé and parents, charming folk from a small Victorian fishing town, who, while obviously proud of their son, couldn’t help making fun of his inability to accomplish everyday tasks like homework assignments and filing for a passport. Chalk it up to the Aussie’s tall poppy syndrome, but it was pretty clear Jordan, unlike most sports stars, would never become too big for his britches.

Maybe even more than their sports, Australians love their beer. If you happen to be in Perth or Geelong, it’s worth paying a visit to Little Creatures, one of the most popular microbreweries in the country.

On a quiet Sunday afternoon at the Guesthouse, our bosses took their three children and us out for a nice brewery lunch. It turns out there was some kind of block party happening at the Little Creatures factory the day we went. Built in the shell of a former textile mill and decorated in cheery greens, blues and florals, the brewery canteen evokes a down-home ‘30s and ‘40s era gathering place. We ate pumpkin salads, pulled pork sliders and bratwursts paired with a sampler tray of Little Creatures beer while the kids ran off on their own, playing in the large indoor sandpit and chasing around a man making balloon animals. We ordered large versions of our favourite beers and a friendly bartender heard my accent and shared his love of American IPAs. Around the time our table was snacking on warm cinnamon donuts, a one-man-band began marching around playing tinny versions of popular songs. The place represented well my view of Australia so far: informal, fun loving and just a little bit off-the-wall.

Having now left Torquay for a very different part of Australia, I’m thankful that I had the opportunity to take part in so much during my short three-month stay. Next up it’s all palm trees and tropical misadventures in Far North Queensland. I’m sure the next few months will bring a whole new perspective to my Australian experience thus far.