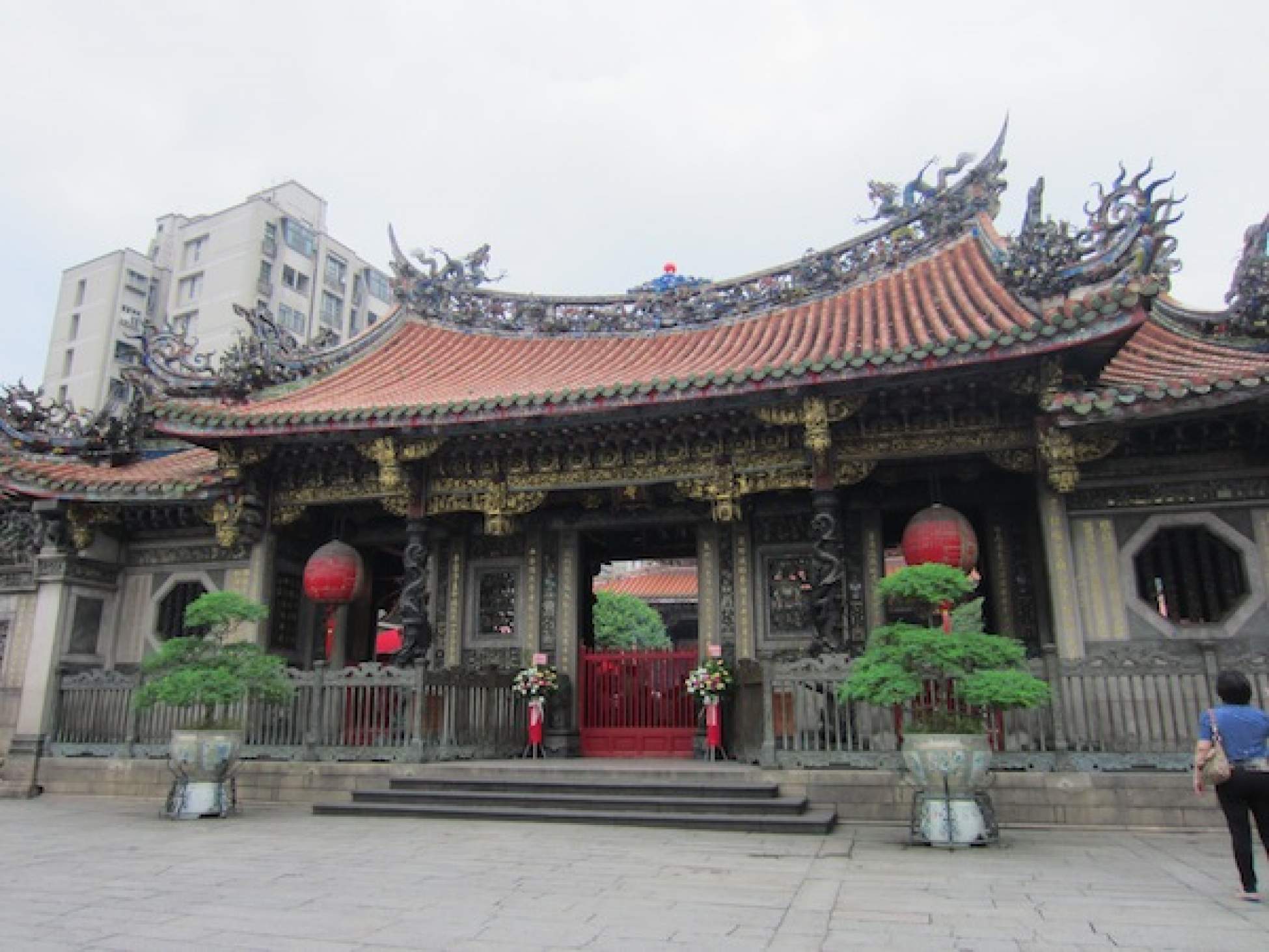 The Longshan Temple in central Wanhua.
By  Vivien Lee

My first time in Taiwan and I moved into the Wanhua district, the oldest part of Taipei, because my AIESEC internship project was to increase cultural awareness for Wanhua. The part of the Wanhua district I live in was called Monga before it changed its name to the Chinese pronunciation of Wanhua, but the locals still affectionately use the term Monga.

Of course, I must first learn about Monga before I can help to increase cultural awareness for it—and I must say that it was not easy in the beginning. Living in a city like Vancouver, which is known for its beauty, I was familiar to new and orderly. In Monga, the sidewalks were crowded with parked motorbikes, tables of outdoor food stalls and people sitting around. The amount of bustling activity and the number of seniors hanging out in the park and on the streets was a little overwhelming to a newcomer.

Being the first developed area of Taipei, Monga used to be economically prosperous but has since declined and the buildings reflect that status. Unlike the Vancouver that I was used to, one would not use the term “new” to label any part of Monga. So when I first arrived, I had to wonder a little bit why I would be spending two months discovering Monga and why it was worth discovering.

Within two weeks of my stay in Monga, I started to get a firmer grasp on what made this place special. To the greater Taipei area, Monga may seem to be the old part of the city that was unable to catch up with the increasingly metropolis Taipei City. That may be true but is new always better? The old buildings in Monga that have been around since the Qing dynasty and Japanese colonial period cannot be found in other parts of Taipei. Dr Sun Yat Sen himself held important meetings in Monga regarding the revolution.

Most importantly is the interaction between people here. They are unafraid to live their own lifestyle even if that means falling behind the rest of Taipei City because to them it is a form of cultural preservation. They choose to eat from outdoor food stalls at tables on the sidewalk because that allows them to interact with their neighbourhood friends who pass by. There is no restriction of restaurant walls as barriers for interaction. It is true that in the new and air-conditioned restaurants of downtown Taipei one could eat in comfort, but the atmosphere of human bonding is lost. I must say that Monga serves some of the best local delicacies one could find in Taipei.

I want to encourage everyone who visits Taipei City to not just go to tourist attractions like Taipei 101 or the National Palace Museum but to a place like Monga, where Taipei City really began, because that is where you will find genuine locals who will touch your heart.

Vivien Lee is a student at the University of British Columbia, active leader at AIESEC UBC and an enthusiastic traveller. From the icebergs of Alaska to the sands of the Caribbean, each experience has shaped her world view. Vivien’s next adventure awaits in Taiwan as she pursues an AIESEC internship. Follow her journey at TheVivienAve.blogspot.ca.