You are here: Home/ Articles/ Work Abroad/ Blogs/ Turning a Trip into a Lifetime of Travel

Turning a Trip into a Lifetime of Travel 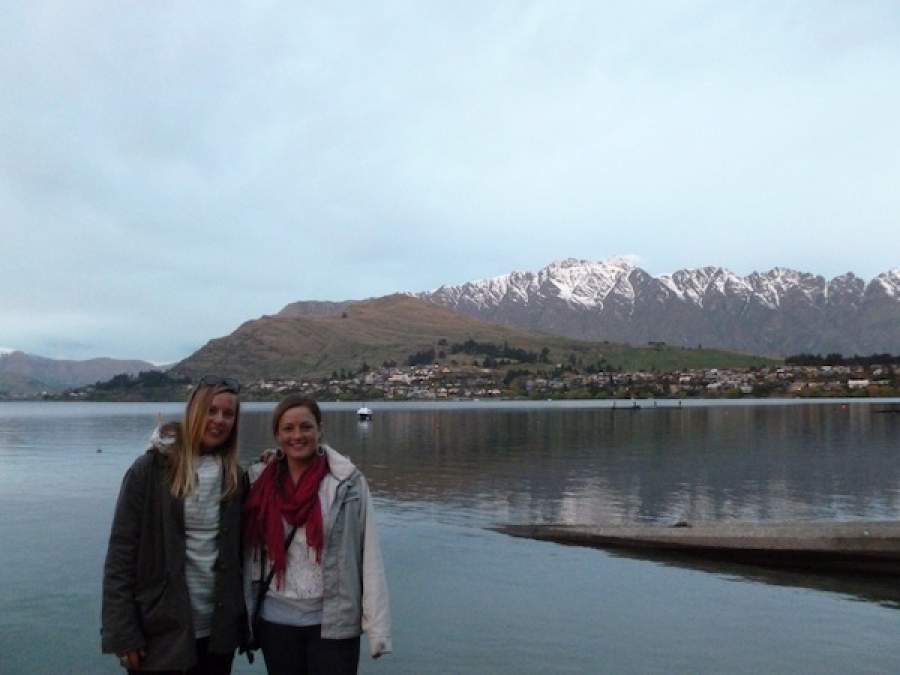 Taylor and a friend pose in Queenstown.
By  Taylor St. John

Taylor was only supposed to spend a year abroad. But after returning home, she's back on the road again.

When I first came home to the States after a year working and traveling in New Zealand, family and friends assumed that it was to stay. My period of carefree wandering was over, clearing the way for a natural progression into the professional world. I don’t blame them for having that idea. It was exactly what I’d told everyone, and myself, when I left to travel 10.5 months earlier. At that time the desire to live abroad was something I thought I needed to “get out of my system.” For those who’ve had the opportunity to feel what it is to be welcomed into a foreign culture, you understand that long-term travel is not as black and white as that.

There’s no limit to how much you can learn about yourself and the world by spending time in an unfamiliar place. On the first weekend of my inaugural trip to New Zealand, I accepted an invitation from an Auckland girl I barely knew to visit her parent’s home a short ferry ride away. We spent the weekend celebrating Waitangi Day with a group of Maori in a sacred ceremony held at their Marae. Many months later, near the end of my trip, I spent a week working for food and accommodation on a family-owned vineyard. Every morning the owner, Brian, and I would head out with pruning tools in hand to tend to the vines, and every evening we’d return to the house and relax over a hearty meal and good conversation. Once that doorway of cultural exchange is open it pulls you deeper and deeper. All I wanted was to go more places, meet more people and discover more.

I returned home to southern New Jersey in December, just in time for the holidays, unsure of what my next move would be. No matter how hard I tried to imagine settling in somewhere and starting an actual career, I just couldn’t picture it. That future me felt unhappy and trapped. Was it selfish and irresponsible to want to keep traveling? I thought of all the interesting people I’d met while away who had turned travel into a life, working their way around various parts of the world with no sense of guilt for shucking a set of responsibilities that someone, somewhere along the line told us we must have. The more I explained my feelings to friends and family back home, the more support I found in unexpected places. And there was my decision.

And so five months later, here I am sitting aboard another westbound plane. First, I fly back to New Zealand for half a year. Then, if I’m still feeling the way I do now, I’ll keep going. This time, I go out knowing that my time abroad isn’t confined to a small window wherein it is acceptable to wander. Now I understand that I can take the experiences as they come and judge for myself when I’m ready to stick to one place. Living this way doesn’t mean you have to turn your back on home. It’s more the idea that there doesn’t have to be a limit on when you must stop “getting lost.”

My first stop in New Zealand will be at the southern tip of the country, to the port town of Bluff, to watch as my partner crosses the finish line of the Te Araroa trail. (He’s spent the last six months hiking the 3,000 kilometers from New Zealand’s northernmost point, Cape Reinga, to the bottom of the South Island.) Then I’ll head to Queenstown, the heart of the Southern Alps, to spend my second Kiwi winter working at a local ski resort.

Though a lot of the mystery of flying to a new country is now gone, in many ways I’m even more excited for my return trip. There is a mental list of all the places left unseen and an anticipation for the spontaneous adventures that are sure to pop up over the months ahead. Follow along as I attempt to document the many new experiences awaiting me on my return to the Land of the Long White Cloud.