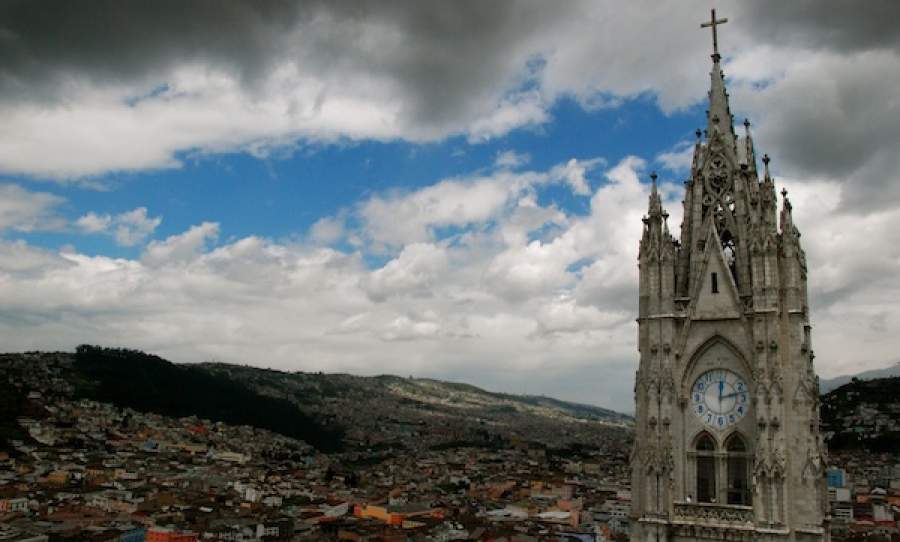 Just after the culture shock has worn off, Rudayna learns that she's moving from Ecuador to Nicaragua.

I have always wanted the kind of job where I could wake up one morning and be asked to relocate to another country. I have always had an insatiable thirst to learn and explore, and I have never before seen the shortcomings of such a lifestyle. There is something to be said for the spontaneity of not knowing where you’re going until you’re already on your way there—to have no expectations and learn only from firsthand experiences. When it goes well, it’s exhilarating. When it doesn’t, well, only then does one appreciate the value of thorough research.

But I didn’t initially realize how traveling for long periods of time is vastly different than living abroad. As a backpacker, one is accustomed to fleeting friendships: an intimate conversation with a free-spirited musician on a midnight train; swapping books with a stranger and learning about them through the thoughts they’re scribbled in the margins; or communicating through laughter and hand gestures with a new friend that doesn’t speak your language. Knowledge of the fact that you’ll never see them again can bring out a certain amount of sincerity and honesty that can result in unbounded candidness.

Moving to a new city is entirely different. One craves familiar faces and the one-off interactions to temporarily ward off loneliness are no longer sufficient. All of this came to me as an afterthought to the excitement of discovering that in a couple of weeks I will be leaving Quito, Ecuador for Granada, Nicaragua.

As BaseCamp International Centers moves into low season here in Ecuador, we will focus our efforts on to the other countries that we operate in. This means that I will continue to be the main resource for volunteers seeking guidance, either preparing to depart or already in the field, while helping diversify our range of volunteer opportunities in our other international centers.

Just as the mental map has formed in my mind and my soles have slipped into the rhythm of the city’s streets, it seems it’s nearly time to move on. The excitement has not subsided, nor has my curiosity dissipated, but I now realize that leaving my new home will be bittersweet.

In many ways moving around abroad is much more challenging than leaving home. At home, I picture my impetus for traveling as on a clock counting down. There is little to be more grateful for than the comforts of home, but as time goes on, the restlessness increases, until the need for a new adventure is entirely irresistible. One leaves knowing the support and love from family and friends will be there upon return and is fully energized to soak up new experiences.

After living in a new city, it’s difficult to say when you will return, if the friendships you’ve made had enough time to hold up against the distance, or whether the work you’ve done will bring the benefits you hope for after you leave. But one can leave appreciating the uncertainty of the experience, and the knowledge that the gain from such opportunities is often equal to the effort put in. With the knowledge that a day wasn’t taken for granted and that in the future you can return, you can battle the homesickness for a far away place that you so quickly fell in love with.