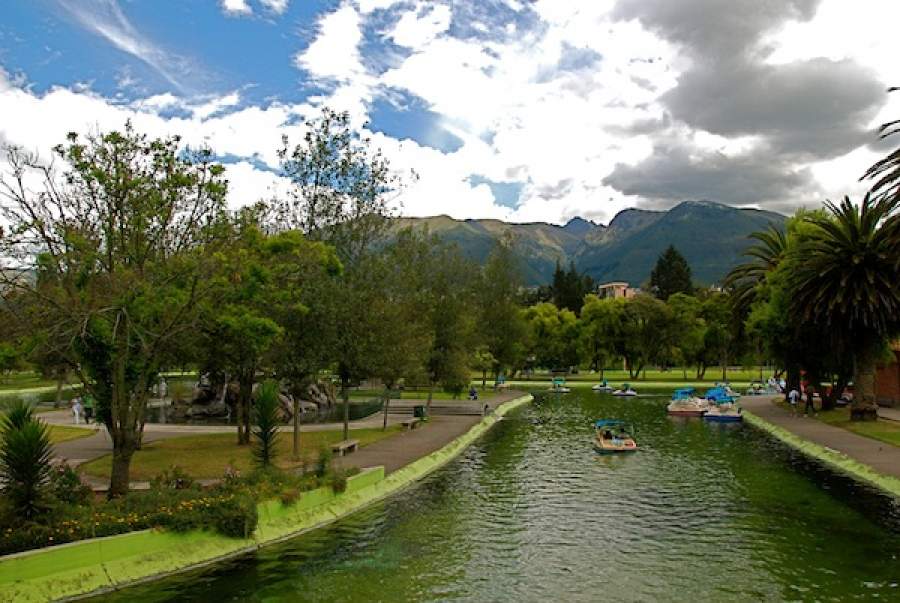 Rudayna attempts to catch her breath while working abroad in Quito, Ecuador.

It had been about a year since I last experienced altitude sickness. The nausea, the headaches, the spinning, the faintness and the wishing that I was somewhere else. I had my head between my knees as the car climbed higher, and my new friend who was at the wheel, smiled unaffected. “This is the highest road in the entire world,” they said. The reeling sensation doubled.

That was Leh, India, a small northern city at 5602 metres. One year later, on the other side of the world, living at 2850 metres, my lungs can take it. They’ve endured high altitudes, some of the most polluted cities in the world and they have learned to cope with harsh environments without feeling like they are going to explode through my ribs.

Or so I thought. It’s one thing to go for a walk to a restaurant, or go for a stroll around town, it’s another to bear the altitude on a 6:30 a.m. run and a 7:00 a.m. aerobics class—especially when the most recent physically straining activity I had done was hand washing a large load of laundry. (Let it be noted that it is more exhausting than it looks). But the morning went rather smoothly—if you can overlook my heaving, aching chest; desire to curl up in fetal position on the concrete; and questioning why I chose to live in the mountains or go for a run with my extremely fit housemate.

The pathway is only a few feet away from the road, packed with yellow cabs, and early birds. They probably aren’t in a great rush, but drive with great impatience and an abrasive repertoire of honks that might have awoken me if my feet weren’t already—albeit it, reluctantly—beating the pavement. Instead of being annoyed, I remember that the Canadian practice of never honking at the risk of being rude is probably just as strange. I smile to myself and recall my Arabic professor who once said, “Why the heck do you even have horns in your car in Canada?”

The pathway was lined with flowers that I didn’t know the names of and, despite Quito being a fair-sized concrete jungle, the mountains seemed only an arm’s stretch away, covered in the brightest green hues and hugging the Western side of the city. It’s absolutely gorgeous and for a moment I forget that I am dying on the inside. We hit Carolina Park, a massive green space filled with soccer fields, BMX dirt hills, a skateboard park, volleyball courts and that morning’s aerobics class.

Shortly after joining, it was clear that it wasn’t your average aerobics class, but required a little more flare and coordination. Along with about 50 other early risers, we jumped, lunged and stretched with more hip rolls and fancy footwork than I have ever seen outside of a nightclub. It often sounds like a stereotype. True, not all South American men can effortlessly and elegantly spin you around on a salsa dance floor, not everyone learned how to merengue after their first baby steps. But it’s probably a fact that South America’s population possesses a high percentage of the world’s rhythm and cool. And a lot of those aerobic moves felt packed with the flavour of my bi-weekly salsa classes. I consider myself a decent dancer, but 20 spins in a row in the middle of a steamy salsa school is enough to make me feel like a lopsided dancer in a very broken music box.

Much like during morning aerobics class, my head starts spinning—and like the aerobics teacher in spandex shorts, a size or two too small, who yells, “Arriba, arriba!”—isn’t inclined to pause.

If this keeps up, my time in Quito is either going to slaughter me or shape me up—I’m hoping for the latter.