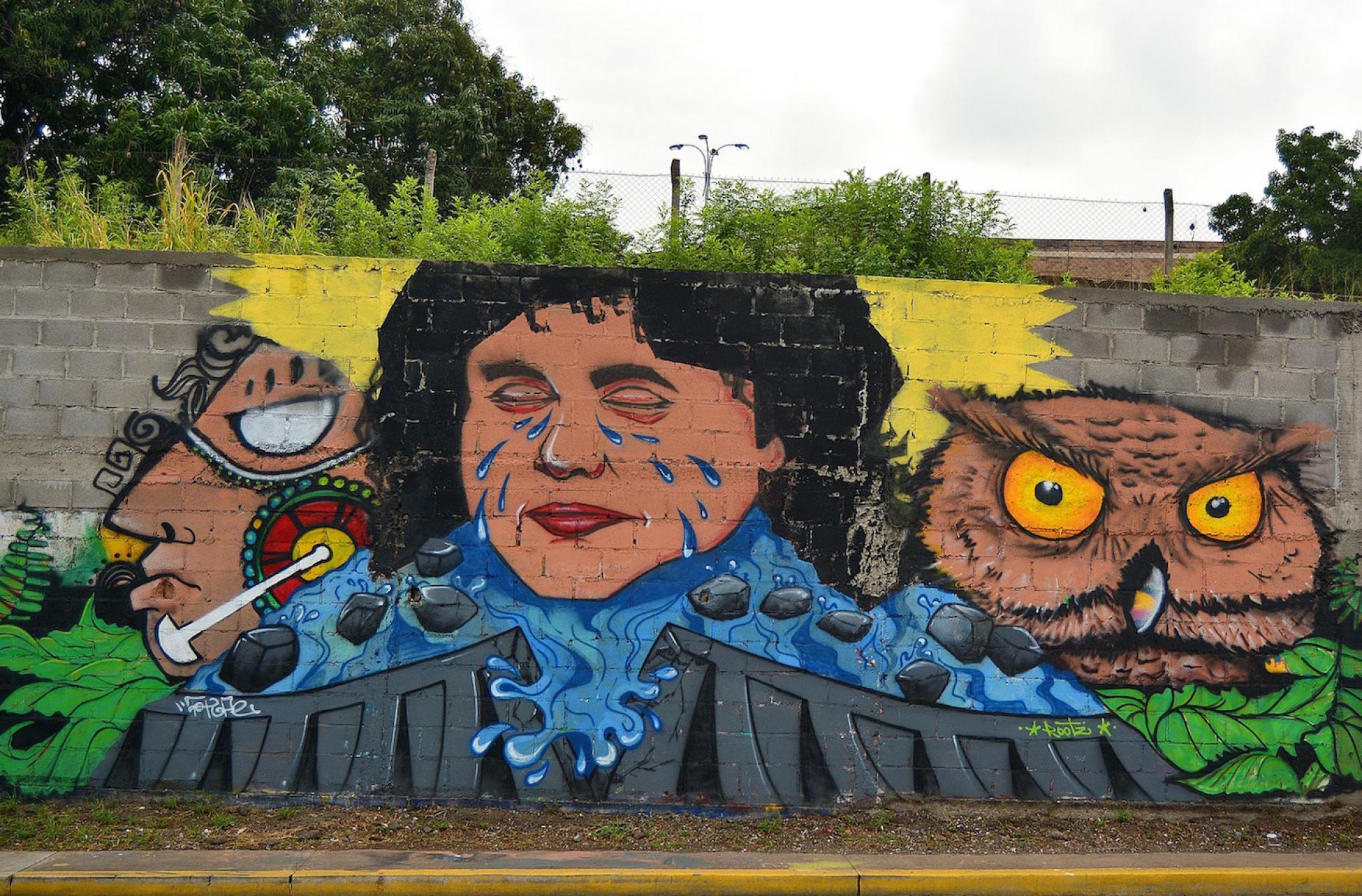 Graffiti in Tegucigalpa, Honduras. pixabay.com CC0
By  Daniel B. Sarvestani

Climate change disproportionately affects indigenous communities. This organization is trying to change that.

Recently I was introduced to CONPAH, which is an organization that deals with some of the most pressing issues facing indigenous communities through Honduras. Currently, they’re working with the government to implement the United Nations Framework Convention on Climate Change (UNFCCC) on a national level. However, in order to realize the convention’s objectives, they have realized that they will need to work closely with indigenous people.

It is among indigenous communities that climate experts and environmental activists find their greatest allies.

That’s why in July, I travelled to Tegucigalpa, which is the capital of Honduras. As part of a delegation with the Maya Chorti nation, I attended a conference that was aimed at initiating dialogue regarding climate change and how it affects indigenous people. The process of consultation with the indigenous communities is essential to developing a lasting alliance.

Over two days, we discussed how to best prevent environmental degradation. The result was the creation of a national strategic plan to preserve the forest and cut back on emissions. Throughout the conference, the leaders of the indigenous communities were amongst the loudest advocates for the protection of the environment. The resilience and resolve to preserve their lands was communicated strongly—a powerful reminder that climate change disproportionately affects indigenous communities.

I believe that NGOs and policymakers can learn a great deal from indigenous communities. Likewise, indigenous territories can serve as a bastion, where sustainable development and conservation can be practice and implemented in consortium with indigenous peoples’ rights. Through legally enforcing territorial rights—which has been a difficult process—traditional lands can be kept safe from exploitation at the hands of foreign companies, such as mining companies.

Overall, the event was a success. Due to the inclusive and participatory approach, the leaders of the indigenous communities felt comfortable adopting the objectives. They’ve also agreed to help develop a comprehensive strategic plan to meet the goals of emission reduction.

I’m excited to be a part of this historic process. Over the next while, CONIMCHH (the governing body for the Maya Chorti nation of Copan) will be focused on the development of a plan for the preservation of the forest in their indigenous territories. I will be involved in the process and will continue to advocate for indigenous peoples throughout.