You are here: Home/ Articles/ Volunteer Abroad/ Blogs/ Hope and Hopelessness in Copán

Hope and Hopelessness in Copán 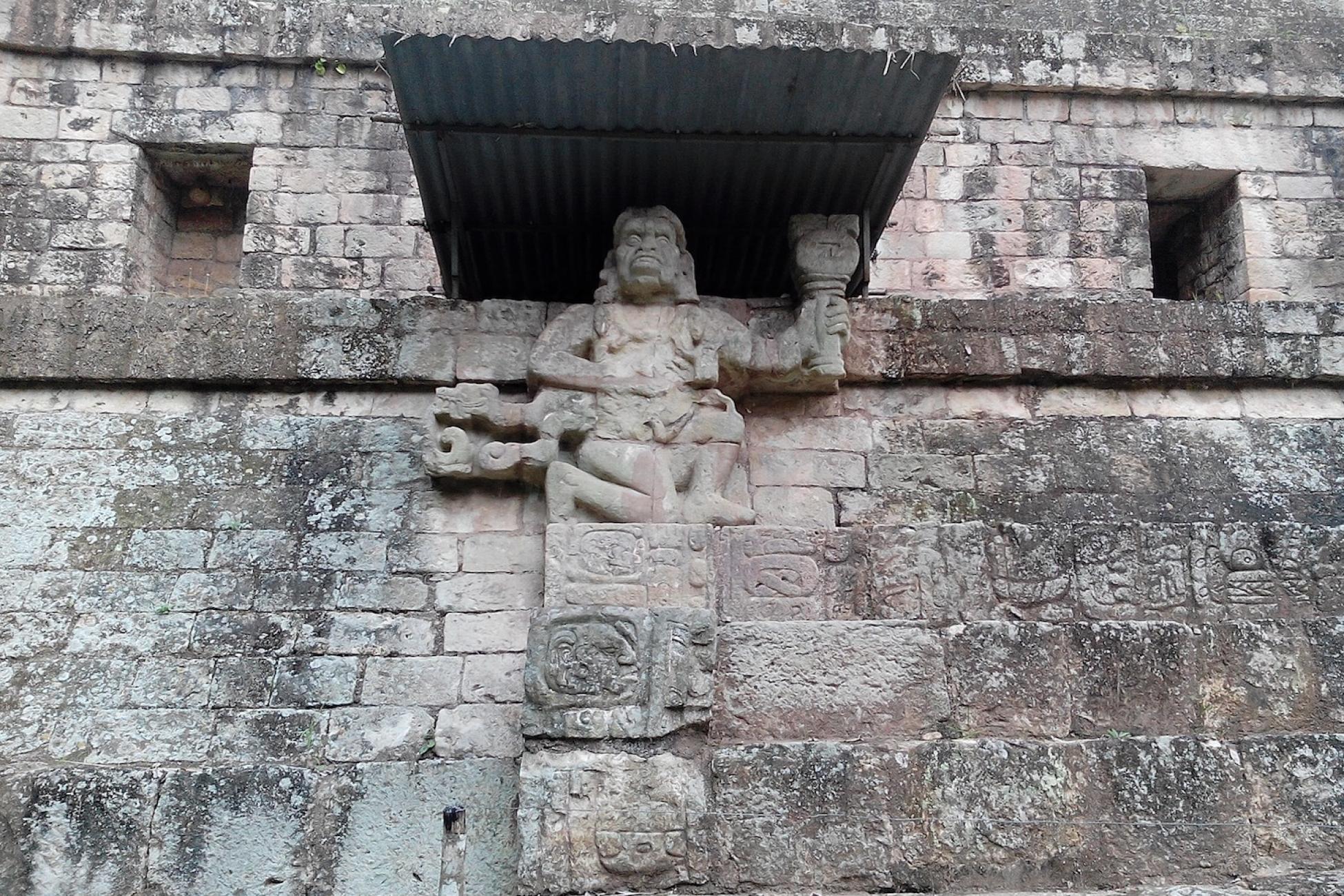 Shortly after my return to Copán, one of my dear local friends and colleagues was murdered in cold blood.

That was my state of mind as I sat in the ceremonial centre of Copán Ruinas in Honduras, after spending almost a year at the University of Kansas as a PhD student in Anthropology.

What’s the use, I thought, I’ll never be able to make a difference.

I had looked forward to resuming my work with people from the Maya Chorti nation, but now all I could think of was that their political and social situation was worse—not better—than it was only a few months ago, despite the continued presence of CONIMCHH (Consejo Nacional Indigena Maya Ch’orti). The fact that the governing body of the Chorti nation is currently locked in internal political conflict and that their central office remains paralyzed, is not helping the situation either.

Shortly after my return to Copán, one of my dear local friends and colleagues—who was a leader of the Mayan community of Pintada—was murdered in cold blood, with complete impunity. Assassinations of Indigenous leaders and community members are not uncommon here, but this time around it was personal. It made me see how law enforcement turns a blind eye because it cannot protect Indigenous communities and large foreign interests at the same time.

At times like this, I wonder what individuals can do against a system of oppression created by people who have no desire whatsoever to change because the stakes are too high. You may sometimes expect a breakthrough, but it often seems that all the advocacy in the world will never achieve more than lip service. You can preach love for your fellow man till you are blue in the face, and still end up changing nothing in the attitudes of people who are being paid not to listen, and whose own wellbeing is more important than helping provide members of Indigenous communities with basic services such as healthcare, justice and education.

It seems all the advocacy in the world will never achieve more than lip service. You can preach love for your fellow man till you are blue in the face, and still end up changing nothing.

There still are Chorti villages here where people are forced to exist on private land owned by wealthy landowners. They work like slaves for wages to match. To this day, the majority of Maya communities are denied the right to land and territory that they should be enjoying under ILO convention 169. The poverty and denigration created by the forced integration of the Chorti Maya communities into the neoliberal world economy has completely undermined their traditional ways of subsistence, and made them dependent on meagre wages and cheap foreign goods.

What’s more revolting is that the Chorti Maya identity and cultural heritage is constantly being misappropriated by non-Mayan authorities that are more interested in making a profit than in making Indigenous communities proud of their past. This is especially true in Copán Ruinas, where the ancient Mayan heritage is being monetized as a show for foreign tourists, often without the participation of the main actors: the Chorti people themselves. The archeological artifacts that are scattered throughout the region are constantly being stolen, and sold for profit abroad while the descendants of the ancient culture that created them are being left out.

Recently, I attended an archeological conference and participated in the Cocoa Festival, both focusing on the culture and history of the Mayan People of Copán, (and partly sponsored by Pepsi). Throughout the event, I saw numerous officials and academics from elite universities receive lavish praise and fancy awards for their most recent Mayan projects, but I did not see a single Maya Chorti as part of the proceedings. The exclusion of the Mayan communities from the archeological and cultural projects being developed in the Copán area is just another way of stealing from the local people, and there can be no award for that. This was not lost on CONIMCHH representatives, who were quick to denounce that oversight as the affront that it really is.

Hence a ray of hope. I now realize that however fervently I promote Indigenous rights and the basic dignity of all human beings, and however paralyzed I can feel when I see with my own eyes the pain being caused by man’s inhumanity to man, all is not lost. The true solution will not come from the outside, but from the age-old resilience of the Chorti Maya people themselves.

As you get to know them, you get a clear sense that they have been here before, and that they feel that their present desperate circumstances reflect less upon themselves than they do on their oppressors. At this very moment in Copán, communities are organizing once again and sharing the work required for the rebuilding the CONIMCHH office. Their determination is just one more example of their refusal to stay down, and their courage is a lesson of hope for outsiders like me who sometimes feel overwhelmed by their plight.

As a human rights advocate and a future anthropological scholar, the lesson I am drawing from the cultural shock I experienced as I returned to Honduras is that the key to success in my field is identification with the people on whose behalf you believe you are working, and the realization that the ones that are the more in need of hope are not them, but you.