You are here: Home/ Articles/ Volunteer Abroad/ Blogs/ Behind the Canadian Flag: Mining in Central America

Behind the Canadian Flag: Mining in Central America 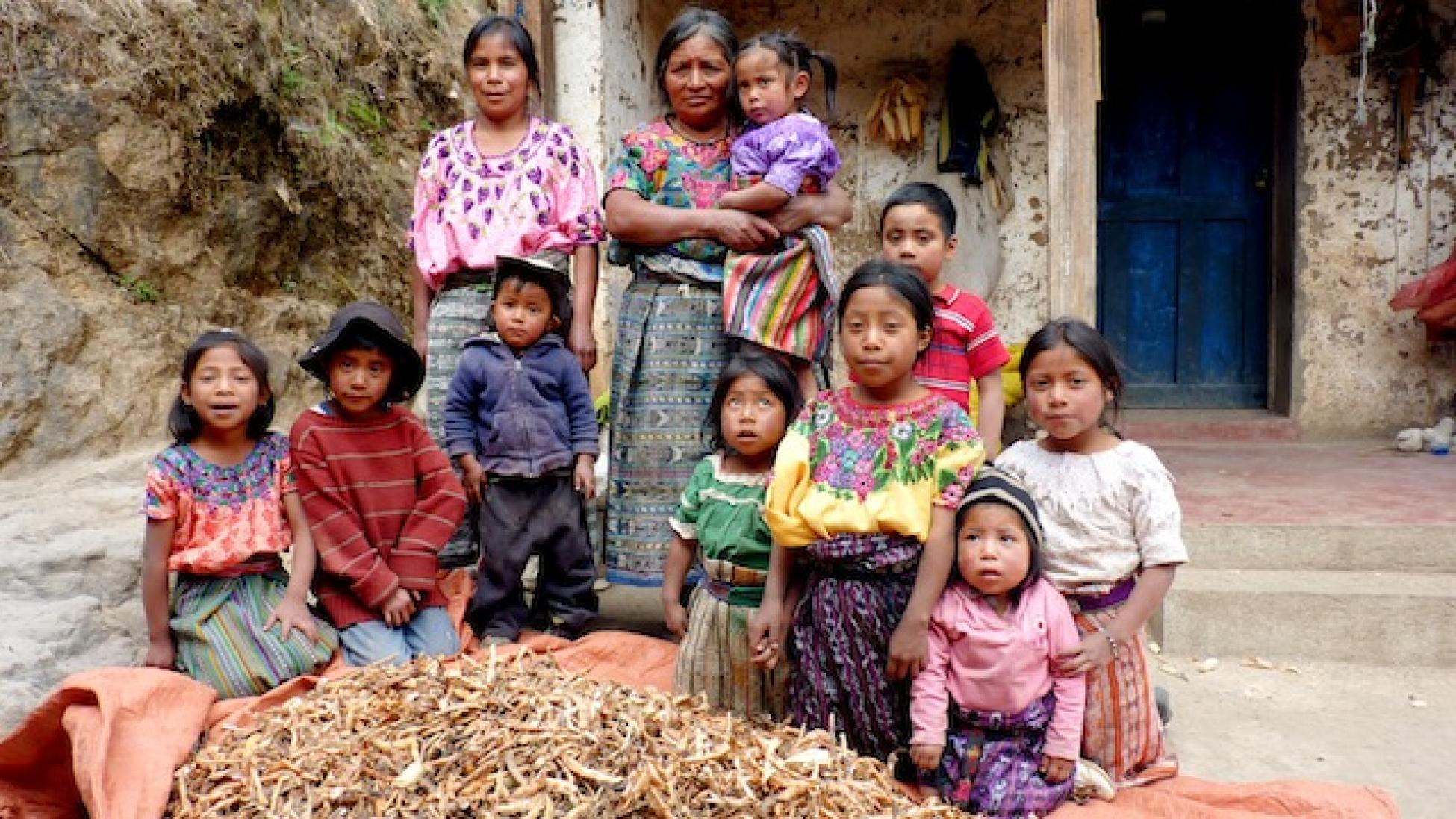 Trina removed the iconic maple leaf from her backpack. Here, she explains why.

Seven years ago, I broke the stitches that secured the Canadian flag to my bright blue backpack. It was a symbolic act. It was a traveller’s coming of age moment when I realized that I was no longer proud of my country’s political reputation abroad.

When I was 19, I clung to my flag in my first solo journey to Central America. The maple leaf didn’t tell the world, “I am Canadian,” but rather, “I am not an American.”

On that first adventure, I’ll never forget how I nervously walked the streets of Nicaragua, taking note of the graffiti covering walls: Fuera Yankees! Imperialistas! Get out!

Many Nicaraguans cursed the legacy of U.S. President, Ronald Regan, who fueled a decade-long war against the Sandinistas in the late ‘80s and funded their loss in the 1990 elections. A decade had since passed, but you could still feel their anger and resentment crackling in the air. The government of George W. Bush, who had invaded Iraq on the premise of seeking weapons of mass destruction wasn’t exactly winning the hearts of Nicaraguans, either.

I remember when a harmless old woman, hunchbacked and leaning on a cane, stopped me along a sidewalk, glancing up at the red and white and blue flag hanging above a fancy hotel.

“Gringa?” she asked me. I felt as though it was an accusation.

I vigorously shook my head and silently pointed to the Canadian flag on my backpack—a badge of proof that I belonged not to a nation of resource-hungry, war-loving imperialists, but rather, a nation of multicultural, pacifist peacekeepers.

The woman smiled and shuffled past me. I experienced a sensation of equal parts relief and satisfaction that I was Canadian, not American.

I was very, very naïve.

I had no idea that in 2004, the same year I felt protected and proud of my national identity while wandering through countries that I really knew nothing about, Canadian-owned mining companies were scurrying up and down the mountainsides of Central America, sniffing out resources the same way mice are motivated for a taste of the golden cheese.

When I returned to eastern Guatemala in 2006 as a participant of a volunteer construction project, the Canadian flag (and my naivety) remained in tact for all Guatemalans to see. You can imagine my surprise when the residents of El Estor didn’t exactly give my teammates and I (equally as naïve) that warm, affectionate welcome that Latin Americans are famous for. Rather, our presence in the community seemed to provoke the opposite.

Tension escalated when one of our teammate’s rooms was broken into and a camera was stolen. The municipality insisted that we move from our hotel to the construction site with an AK-47 yielding, ammunition wearing bodyguard, whom we nicknamed “Rambo.”

After several weeks in the community, we finally came to understand that people were worried that we were wealthy foreigners, hungry to buy up the land that they farmed and depended on for survival. While I certainly felt sympathetic to their resentment, I left without understanding the real cause of their concern.

I didn’t realize that the community’s fear of losing their land was linked directly to the reality of gold, silver and nickel mining projects, funded by the World Bank and facilitated by Canadian-owned companies, which were initiated on their indigenous territory in 2004, without prior community knowledge and certainly without their consent.

I didn’t realize the scale of violent state repression in El Estor until I came across a YouTube video in 2007. An organization called Rights Action had filmed and documented a peasant woman from El Estor being forcibly evicted from her home by hoards of armed state police. She and other farmers were brutally removed from their land to give way to mining development. Even though, as indigenous peoples, they had farmed the land in El Estor for many years, the government’s rights to sell off what lay beneath—vast amounts of mineral reserves—violently prevailed.

I was horrified by the images that were captured only a year after I had helped build a maternal health clinic in their community. For me, the social good of our project was lost in knowing what was really happening in El Estor at that time. It was a sharp wake-up call.

I began to research more about the impacts of Canadian mining activities in Central America. The more I read about the negative social and environmental consequences for poor and marginalized rural communities and the multiple human rights complaints launched against Canadian companies and governments in Central America, the more I felt ashamed for once hiding behind a flag and stereotype that was clearly no longer true.

“But these are companies—not the Canadian government,” friends said to me when I shared with them the reality I had finally woken up to. Not true, I would come to learn. Even the Canadian government has seemingly supported the activities of Canadian-owned mining groups in their projects abroad, not through action but complacency.

I wondered what rural communities in Central America must have thought—or if they even knew at all—that Canada had decided to place more value in gold bricks than people.

In a fury, I tore off the Canadian flag off my backpack. I could never travel back to Central America, not with the knowledge I had gained about my country’s political and economic activities abroad, and point to the red, white and the not-so-proud maple leaf and pretend that I was somehow ‘innocent’ because I wasn’t born in the United States.

Since my Canadian-flag epiphany, I haven’t stopped traveling back to Central America, nor have I stopped asking questions about the continuing impact and presence of Canadian mining companies in rural, indigenous communities.

I’ve had to ask myself, as a traveller, writer and a Canadian—what is my responsibility? It’s going to be a never-ending question. But for now, this is what guides me: Listen to people in the places where I travel, deconstruct power and privilege, and share stories that will urge people to act in the interests of people—not profit.

And never hide behind any flag.

For more on the effects of Canadian mining companies in Guatemala and worldwide, read about Allan Lisner's photography project, Someone Else's Treasure.