You are here: Home/ Articles/ Volunteer Abroad/ Blogs/ A Ritual Cleansing in Guatemala

A Ritual Cleansing in Guatemala 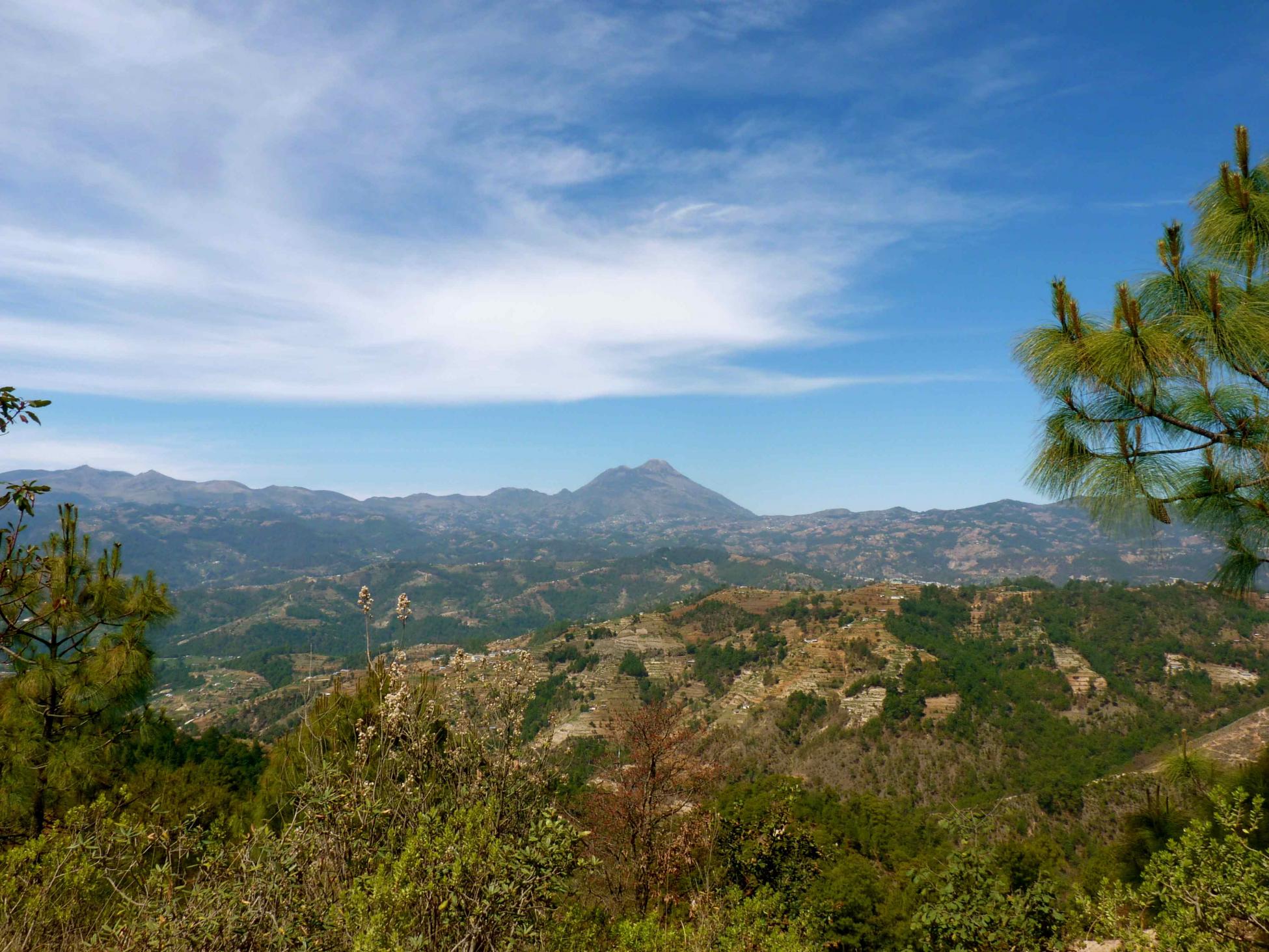 The highlands of Guatemala.
By  Trina Moyles

The arid highlands of northwestern Guatemala are a long way’s away from the low and lush coastal tropics where the trees practically topple over from the abundance of bananas, tangerines and other tropical fruits, and the weather is balmy and delicious on the skin.

From ocean level, in fact, the highlands of Guatemala are a long way up. Way up. 2650 meters up. Tuque, jacket and scarf-wearing weather, kinda up.

“What was I thinking?” I’d asked myself, half-joking, whilst throwing back the covers in the morning and racing to layer my body with every article of clothing I had packed. “I should’ve planned to do research somewhere warmer.”

For the week that we conducted interviews with women farmers in the small Mayan-Mam town of Comitancillo, my colleague, KJ, and I wrapped our necks tightly with pashmir scarves, donned our Canadian tuques and somewhat reluctantly emerged into the misty mountain mornings.

At the breakfast comedor below our hotel, I would hug my mug tightly with both hands and swallow back the most watered down, sugary coffee I’d ever tasted. It was only good, I decided in the end, because it went down hot, scorching me from the inside out.

While the sun would shake away the fog by midday and replace the cold with dry, white light against the fields left fallow, the chill would always return, creeping through my clothing, when the hills swallowed the sun down for the night. I felt like an 80-year-old Canadian woman, knees creaking and longing for Florida.

So when our friends from AMMID (Mayan Mam Association for Research & Investigation) extended the invitation to participate in a traditional steam bath (or chuj in the local Mam language), my cold bones jumped at the opportunity.

It would be the second time I’d venture into the small, hot space of the chuj. The first time, several years prior, I had gone into the experience rather dumbly, or at the very least, lost in translation. I had heard the word baño, meaning “toilet” in Spanish.

“Do you want to try our traditional toilet?”

“Sure,” I had replied. (Apparently I’m open to try anything while working in a new place.) I’ll admit, I was somewhat relieved when I found out that baño, depending on the context, also meant bath house.

But this time round, I knew what to expect, right down to my freezing fingers and toes.

The chuj is a traditional steam bath that’s taken by children, women and men of the Mayan-Mam culture of northwestern Guatemala every Saturday, or even biweekly if one prefers. Traditionally, every family would have built a small adobe-bricked, windowless hut near their home. Inside the hut, they’d heat rocks and then splash water on the rocks to produce steam. They’d sit inside the hut without clothing and absorb the vapor while sweating out toxins. The goal of the chuj was to cleanse, heal and purify the bodies, minds and spirits of its inhabitants—which was much different than than my superficial longing to warm up.

In town, our hosts had constructed a chuj onto their modern, concrete home. It was small, built with bricks and painted black inside. While the traditional chuj is completely dark, the family ran an extension cord and placed a small lamp by the entrance. They had also made a wooden bed on which two adults could comfortably lie down.

Well, as comfortably as the chuj can permit one to be, of course. A cleanse—of any kind—is never very comfortable, after all. It symbolizes the removal of toxins, impurities and bad spirits, or omens from within. That means that it can feel more like an exorcism than a rejuvenating day at the spa.

Inside the chuj, stripped down to our underwear, KJ and I sat down on the wooden bench and used a soft tree bough to splash water onto the rocks.

“Fsssssshhhhhhhhhh!” screamed the rocks and the clouds of steam burned my cheeks as though someone was holding a candle to my face.

The heat at first, brought tingling life back into my permafrost condition and I rejoiced; however, minutes after the whole room was saturated with hot, liquid air that forced me down on my back, head pounding and body sweating from every pore.

I felt as though I was stuck in an uncomfortable yoga position, pinned against the bench. Meditation became my source of endurance. Breathe in, breathe out. The hot air burned my lungs. Hot water pooled above my upper lip, forming a salty waterfall. Even my eyelids felt slippery. The chuj was forcing me to reflect on my most present condition.

I fanned myself with the tree bough and its strong deciduous odor stung my nostrils. Everything about the chuj began to make me feel closer to the earth, as though I wasn’t inside a tiny concrete structure but a burrow of sorts. (Later I would learn that the chuj is meant to symbolize the “womb of the earth.”) After some time, I forgot my discomfort and relaxed. I disconnected with everything and sank into the steam. My thoughts were lost. Breathe in, breathe out.

When KJ and I emerged from the chuj, I joked that it was our second birth into the world. The sensation of fresh air felt rejuvenating all over my body. Our host’s wife brought us mugs of lukewarm rosemary tea and we sat cross-legged on a mattress, wrapped in towels.

Later while walking back to our hotel along the cobblestone streets of Comitancillo, the air didn’t feel so cold. In fact, it was as though the power of the chuj had immunized me against the weather altogether. I felt more calm, collected and content than I had in a long while.

The chuj, I’ve come to realize, isn’t just a sauna. The translation of chuj into baño into “bath” is insufficient. In reality, the chuj offers something, perhaps unnamable, that helps one return “closer to the earth” and the balance of their physical, mental and spiritual faculties. It’s a ritual that ties the Mam to earth.