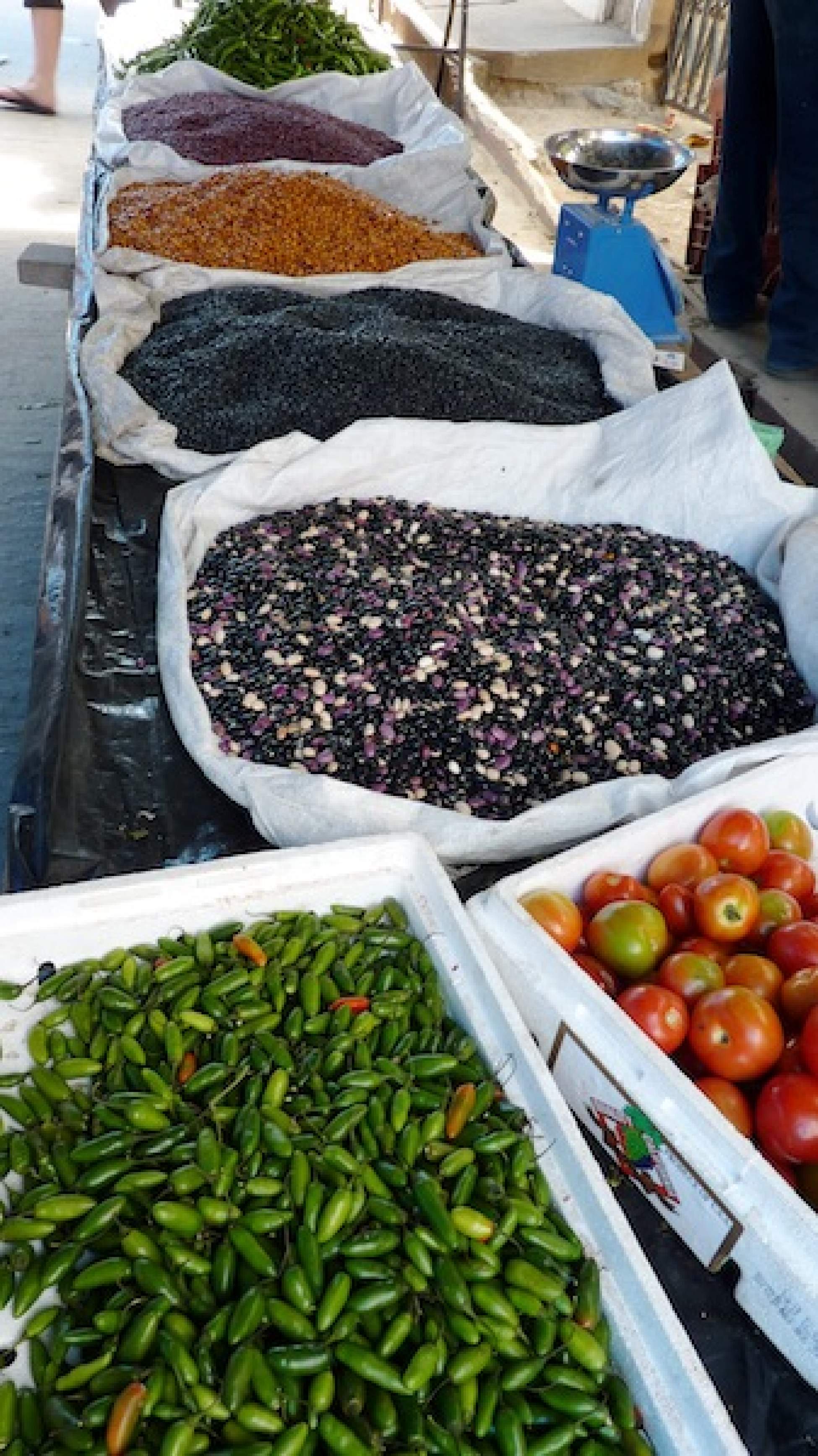 Trina visits a market in Guatemala and makes a surprising discovery.

They arrived at 4 o’clock in the morning. Outside my hotel window in the cobbled streets below, men and women arrived from the countryside or from smaller towns and villages around Comitancillo. With their tables, poles, blue tarpaulins and their bulging sacks of whatever it was they had grown, bought or traded, they had come to sell.

From Monday to Saturday, the majority of the Mayan-Mam people of northwestern Guatemala were clearing land in preparation for planting maize, some walking long distances in the arid hills to reach their plots, with the luckier and wealthier ones staying closer to home. Sunday wasn’t known as God’s sacred day of rest; rather, Sunday in Comitancillo was a sacred day of interacting with other farmers in the cobbled streets—Sunday was market day.

Comitancillo is a small town in northwestern Guatemala, with five or six streets built up and down the sloping hill and a handful of general stores, Internet cafes, restaurants and small homes. Most of the region’s population live in the rural surroundings outside of Comitancillo and rely on subsistence agriculture and seasonal labor on coffee and maize farms to survive.

The majority of people in Comitancillo are part of the Mayan-Mam indigenous culture, and thus subsistence farming lifestyles run deep in their history and deep in their sangre (blood) as many of the farmers confessed to me. I had come to the region to do research on the different challenges and realities facing women in agriculture, and my colleague, KJ and I had been conducting interviews for three consecutive days.

For us, Sunday was our day off from the research process. Or, so I thought.

As the sun came up and filtered through our window, the noise in the streets steadily grew, beckoning us outside. KJ and I stepped out into the streets to realize with some astonishment that the small town of Comitancillo had completely transformed.

Saturday’s streets had been open and quiet, with pods of high school kids gathering at small taco vendors and families strolling by. The only noise, or excitement, had come from the small, three-wheeled and red-painted tuk-tuks that gave a comical meep-meep on the horn as they raced by with curtains flapping in the wind.

The door to our hotel was practically blocked by a family who’d set up their market stall with stacks of silver cooking pots. KJ and I tiptoed around their goods, offered smiles and nods of understanding and maneuvered our ways onto the streets.

The street was reduced to a one-person pathway. You had to look down at your feet, so as not to step on a fallen mango, or banana, or discarded paper plates, or the backs of the sandals belonging to the person walking in front of you. Then you had to look up to assess the size of the person coming towards you, what they were carrying, what you were carrying, and best decide how you’d get around them.

The vendors lined up and down the streets in every direction. Their tables were side-by-side, their tarps tied together and forming never-ending tunnels of hot, stagnant air. KJ and I ducked under the opening and entered the steady stream of moving bodies. We were suddenly part of one organism, though unlike all the all men, teenagers, children, women carrying babies and even the skinny stray dogs looking for a steal, KJ and I had no idea where we were going or what we were looking for. Presumably, everyone else had a list of things to do and people to see. Items to buy, goods to sell, a quota to earn, and family members, friends and business partners to greet.

The farmers spread their goods on the tables, and on mats laid down on the streets, and in woven baskets, and the fruits and vegetables and grains were a feast for the eyes. Such colour! I marveled at the purple and tangerine bean seeds, indigenous seed, no doubt, and the shade of red of the dried chili peppers that seemed to scream aloud: “PICANTE!”

Everywhere I looked, I watched people interacting. The Mam greet not by shaking hands, or giving a kiss to the cheek like Guatemala’s mestizo population, but by silently extending their right hand and touching fingertips with their acquaintance, then touching their forehead. The greeting signifies deep respect, openness and communication.

Not the Western qualities associated with doing business at the market, I thought with a laugh. But then again, rural subsistence lifestyles are usually dependent on developing and maintaining positive relationships with their neighbours and community members, especially when resources become scarce and families have to lean on one another for support.

For the Mam, business is rarely just a transaction. Instead, it’s an ongoing and evolving relationship that’s built on familiarity, trust and even friendship. It would be difficult for neighbours or community members to separate “social relationships” from “business.” And it would be bad business, indeed, if one behaved the cutthroat way that businesses have a reputation for behaving in North America. Especially in this town, as there was only one major market, and like they say of small towns—everybody knows everybody.

Sunday’s market in Comitancillo provided a small glimpse into importance of local relationships, especially when it comes to the sale and purchasing of food. It wasn’t like back home in Canada, where I could choose on what day of the week I’d do my grocery shopping. In Comitancillo, it was the one designated day of the week that everyone from the countryside would converge to make the quiet streets come alive, exchanging and trading in goods, money, conversation and stories. This, I thought, is truly what it means to live local.