You are here: Home/ Articles/ Volunteer Abroad/ Blogs/ The New and the Old in Antigua

The New and the Old in Antigua 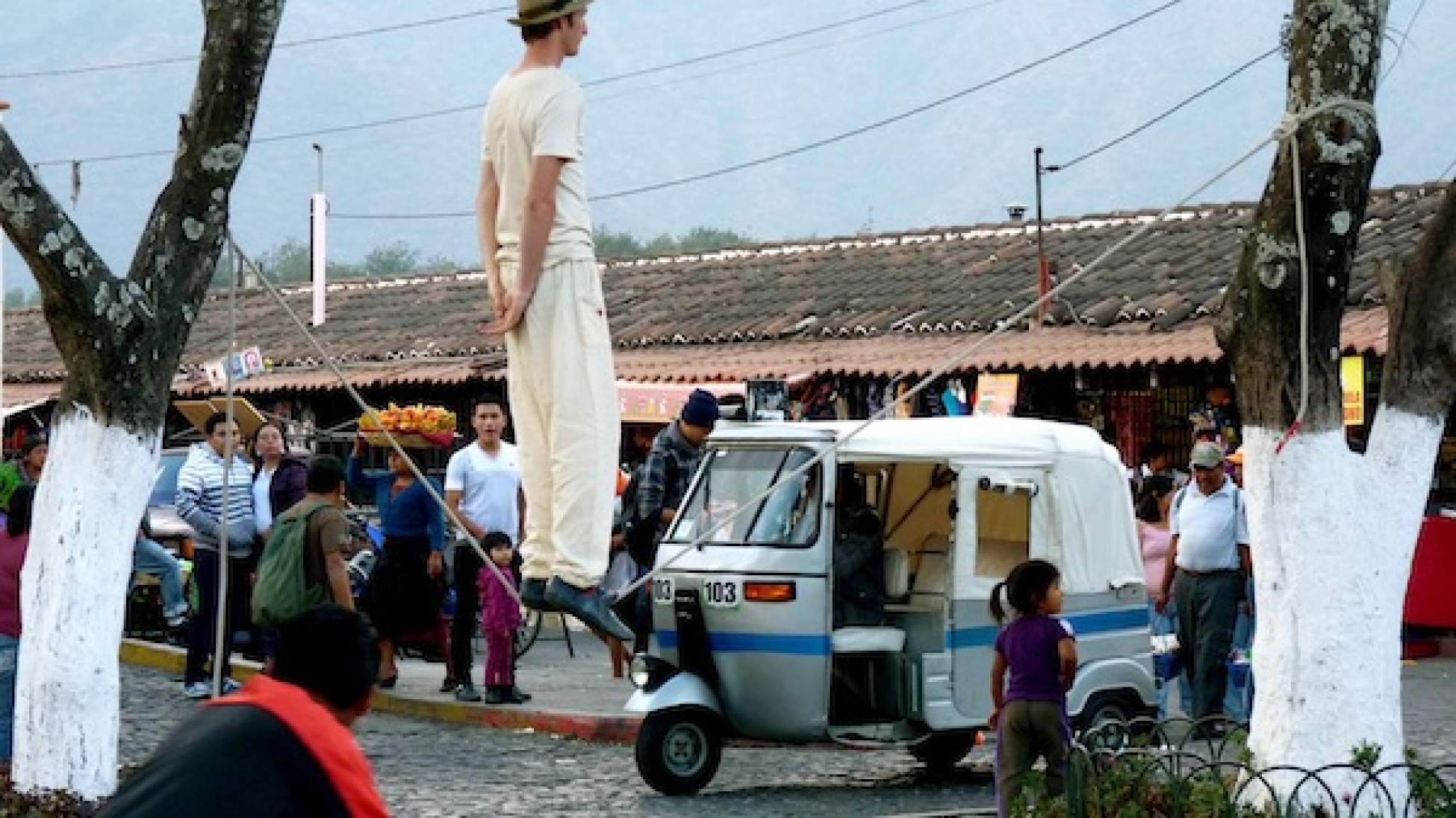 What does an influx of tourism mean for Guatemala's most famous city?

I’ve developed an incurable love affair with Central America over the past 10 years, so it was un placer, a sweet pleasure, indeed, to fly from Africa to the Americas (via a pit stop in Canada) and land in Guatemala in late January.

From the airport, my Canadian travel companion, KJ, and I were released into Guatemala’s warm night air. We grinned wildly at one another, though exhausted from the journey.

Six years had passed. We were back again.

KJ and I had traveled together to Guatemala before. We had once been 20-year old wanderers, hitchhiking through Honduras, living off of fried pupusas and crossing into Guatemala on a chicken bus. We were hunting for adventure, practicing our Spanish, and both falling fast in love with Latin American culture. We were building a context of understanding la vida and la injusticia in Central America, while being welcomed by people and places with mucho cariño (lots of love).

Now we had returned, adventure seeking as always, but also as emerging professionals—KJ as a conflict photojournalist and myself as a writer. We had come to Guatemala to conduct research with women farmers living in the northwestern region of the country, as part of my project to write a book about the lives of women who practice agriculture worldwide.

From the airport in Guatemala City, KJ and I took a shuttle bus and rocketed along the perfectly paved highway to our first destination—Antigua, a small, quiet city located about 40 minutes outside the chaos of the capital.

Antigua, being a touristy place, provides a soft place to land and get one’s traveling wits intact before venturing forth onto the road less traveled in Guatemala. Thus, it was the perfect place for KJ and I to begin our adventures.

Built by the Spanish colonialists in the early 1500s, Antigua today retains its cultural heritage and touristy charm of cobblestone streets, horse-drawn carriages, arched doorways and thick pillars. The city rises up at an elevation of 1530 meters and is surrounded by volcanoes. Antigua is so pretty and picturesque it’s no wonder tourists and expats from all over the world choose to explore, learn Spanish and live in such a place.

As KJ and I wandered the streets on our first day in Guatemala, we too were wooed by Antigua’s charms. However, we both noted the changes we saw from six years before.

Antigua may mean old or ancient in Spanish, but today, there’s a new layer of affluence that’s transforming the colonial crumble. It was evident in the number of foreigners wandering the streets, some tourists and others who had clearly woven themselves into the place. There were new hotels, restaurants, coffee shops and gimnasios with treadmills. The young Mayan-Mam girls wore skinny jeans instead of their traditional woven skirts and embroidered blouses. Along the cobblestone streets rolled shiny BMWs and Land Rovers. In the parks, foreigners and Guatemalans walked their dogs on leashes—a far cry from the roaming skinny strays that I remembered.

Outside one of the food and goods market places, a gringo wearing baggy cotton pants and a fedora strung up a slackline between two trees on the meridian and placed a basket for donations under the line. Classical music filtered out from his stereo, as he gracefully balanced himself on the line. Pedestrians stopped along the road and sidewalks and stared in disbelief. “Mira a esa gringo?” Are you seeing this gringo?

It was a comical sight to see a foreigner performing for the locals in exchange for a few coins—though I realized, “locals” could no longer be defined as only Guatemalans. It could be said that Antigua today is a home to los gringos as much as it’s home to Guatemalans.

Despite the new developments and new residents in Antigua, I saw a few of the same old characters. Indigenous women, dressed in colourful woven huipiles and blouses, sold necklaces and scarves to the tourists. Families running small tacqueria stands in the parks served warm tortillas, chile rellenos and pollo asado. There was the same legless beggar waiting outside the McDonalds with the same wide grin I remembered, shaking the same maraca. In the central park, a woman sold lottery tickets. She was seated against a giant Spanish pillar, while her young son rested his head in her lap. I HEART ANTIGUA read the side of his small shoe shining kit.

I also felt the same electric charge of the Latin culture. In the central park, KJ and I casually threaded ourselves into a large crowd of protesters, whom we later learned, were teachers on strike against the government.

“Estamos en puestos aqui, y no vamos a salir hasta ellos hacen lo que queremos hacer,” one of the organizers shouted into a megaphone. We’re on stance here and we won’t leave until they do what we want to do!

Regardless of the influx of foreign residents, I thought, local Guatemalans were still visibly defending and demanding their rights on their home grounds.

Still, I wonder: How will people of the middle and lower economic classes continue to fit into Antigua’s changing landscape? Will the rising cost of living push out Antigua’s oldest residents? What will be the future of Antigua? Coffee shops and luxury hotels and dog parks are all lovely Western comforts, but who will benefit from said ‘development’?

Globalization has made it easier for people around the world, who can afford it, to travel and live in different countries. But has it made it any easier for people, typically poor in money and political power, to live in the places where they were born?

Is there enough space in Antigua for everyone?