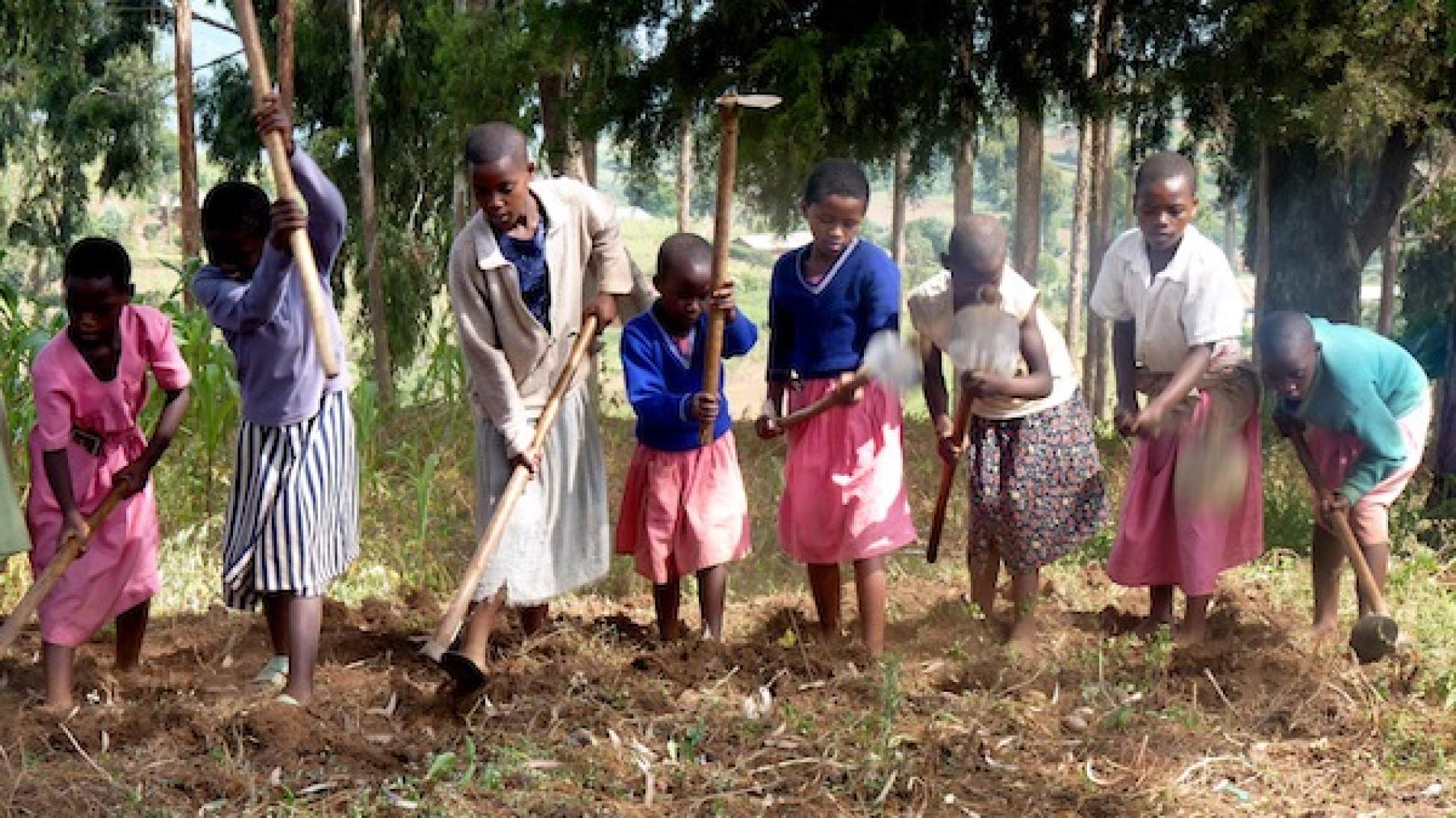 Before coming to Uganda, I used to write reports for international development projects from a padded swivel chair and shiny desktop in Edmonton, Alberta.

There were particular “development” buzzwords that I exhausted, depending on who I was writing for: CIDA grant officers, corporate sponsors, teachers, activists or donors. A few of the golden coin phrases were “social justice,” “solidarity” and “sustainable.”

Some days, I would look up from my computer screen, dazed and confused by the glaring white light, and feel as though I had done what I used to do when I was a kid. Remember when you’d say a word over and over again, without pause, and like a piece of bubble gum, you’d chew the meaning right out of that word?

“Grassroots” was one of those words that after five years began to taste old to me.

I wondered. Who, exactly, is the grassroots?

Grassroots, I speculated, refers to people who fall into one or more of the following categories: they’re ordinary, unpretentious folk (without political power) or they’re “dirt poor” (without economic power). And they’re usually what non-grassroots groups push out of the way to make way for larger-scale projects, or trample on as they’re rushing towards the finish line.

Anyways, I began to grow bored and cynical sitting in front of my computer in Edmonton, and decided that I needed to get back to roots of what interested and inspired me about working in international development.
So I came to Uganda with the goal to go to the grassroots and talk—face to face—and hopefully, relearn from the people I claimed to be writing for in solidarity.

I started working for the Kigezi Healthcare Foundation (KIHEFO) in the Kabale District of southwestern Uganda. KIHEFO is a non-profit organization that mobilizes local community volunteers to provide basic healthcare services and economic stimulation for rural, grassroots populations.

Through my work, I’ve learned that the “grassroots” in Kabale is a bit of a misleading term because, especially during the dry season, it isn’t at all full of greenery.

Many of the people in Kabale aren’t “dirt poor” because they, after all, have land—80 per cent of Ugandans are involved in small-scale agriculture. But considering that the rural majority earns around $1 per day, they are resource poor and lack money for school fees, seeds, farming equipment, food and medicine.

“You think about poverty in Uganda and your heads spins,” a colleague often reminds me with a laugh. But, of course, she isn’t really joking.

“KIHEFO uses a combined approach, and that is something the [International Monetary Fund] will never do. The [IMF] comes to the rural person as one sector,” said Caleb Rwakatungo, a retired agriculturalist who serves on KIHEFO’s Board of Directors.

According to Caleb, the “grassroots” in Kabale, Uganda refers to “the one who has a child in school, a wife who’s sick, a goat who’s sick, and drying crops in the ground. If you split his life into sectors, he will not be a happy person.”

Caleb’s words go against everything that my short career in international development has taught me. Most major donor institutions don’t give money to programs that deliver healthcare, economics, agriculture and community organizing services to the grassroots. They give money to projects that will do one, or two of the above. But not all at once. In their eyes, it would be confusing and ridden with risk.

And yet, that’s exactly what KIHEFO is doing. It’s audacious. Bold.

Their integrated approach has taught me that if you go to the grassroots, talk with people, and understand their situations, you know that you can’t, as Caleb says, “go to [only] treat their chicken when their children are sick with malaria.”

Over the past eight months, I’ve been amazed to see that KIHEFO is doing all of these things at the same time and they’re actually succeeding.

I’ve learned that in order to succeed, you need to recognize what makes the grassroots truly rich: they are efficient, natural organizers, despite the fact that 90 per fect of them have never touched a computer nor have they heard the word Facebook before.

The Bakiga culture organizes themselves into Ngozi groups. Ngozi is an indigenous word that means “medical stretcher,” which is a large human-sized basket made from papyrus reeds. Ngozi groups pool monthly savings from individuals to build informal emergency health funds that are utilized to comfort the sick, and bury the dead.

In Kabale, KIHEFO works with over 50 ngozi groups to help them increase their own capital for community saving—beyond paying only for burials. Through the pooled money, farmers access seeds, tools and pay for school fees and hospital bills.

Through my work with KIHEFO, I’ve learned an invaluable lesson. You can’t just go the grassroots and talk. You have to know the grassroots; how they work, how they think, what they want, where they want to go. If you want to work in solidarity for change, you have to support what already exists, indigenous, grassroots groups who are already moving, in every direction. KIHEFO’s approach has re-inspired my understanding and appreciation for the all-too-often over-used and abused claim of “grassroots development.”

KIHEFO’s model is succeeding and down the road, it’s going to be sustainable. This means that people like me, working from far-flung offices and getting high on development jargon won’t have to stop and wonder, for whom am I actually writing?

And that is a new flavour I can really chew on.