You are here: Home/ Articles/ Volunteer Abroad/ Blogs/ Lessons on "Development" in Uganda

Lessons on "Development" in Uganda 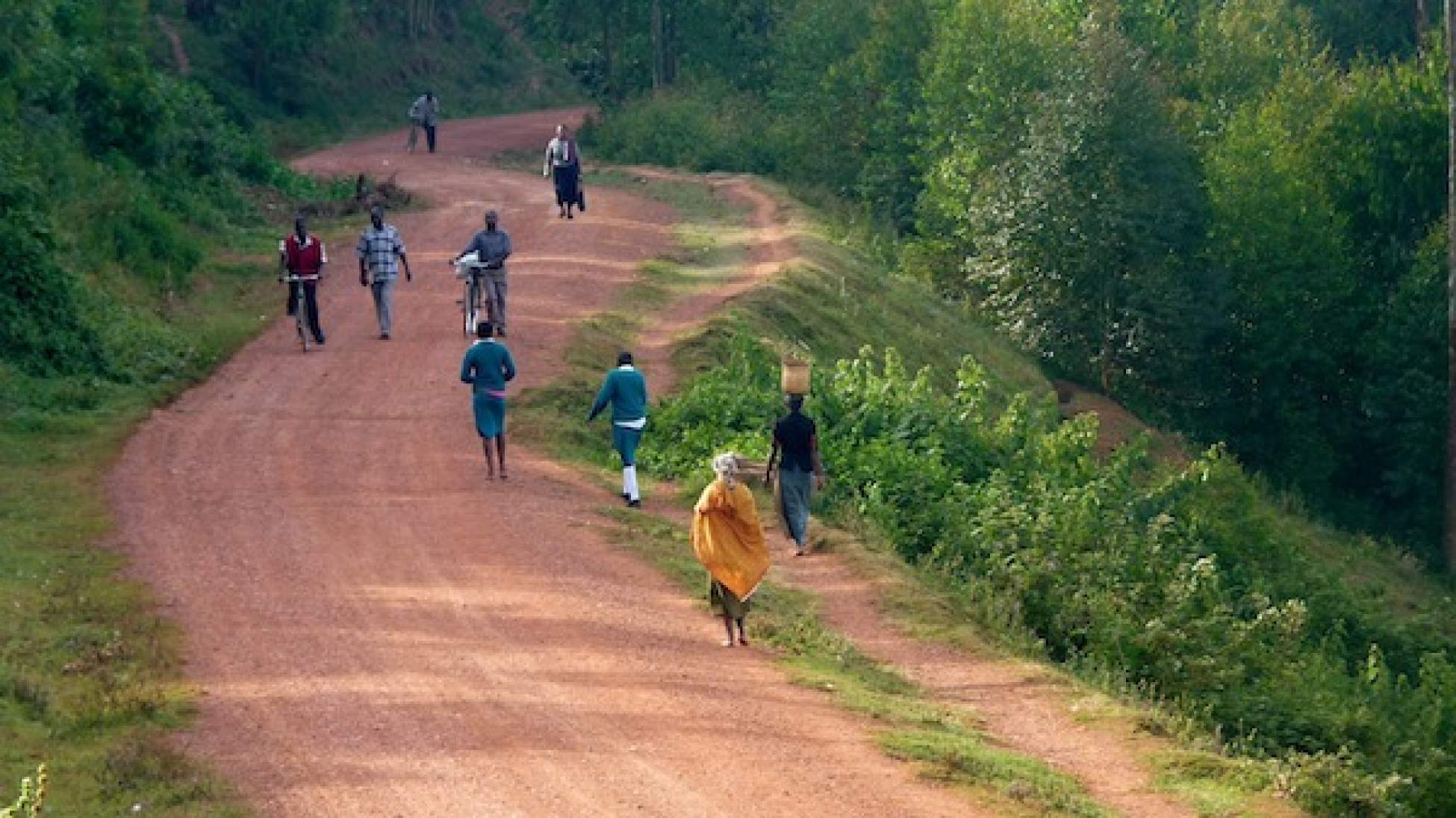 People on a village road in Uganda.
By  Trina Moyles

Trina learns the true meaning of the phrase "no hurry in Africa."

Seven months of volunteering in Kabale, a small dusty town nestled in the green terraced hills of southwestern Uganda, as a writer with the Kigezi Healthcare Foundation (KIHEFO) and what’s the most important lesson I’ve learned? It’s surprisingly simple.

I used to set records for walking at torpedo pace in my home country of Canada. I worked for an international development organization called Change for Children Association. The workload set my daily schedule on fire. I didn’t walk, rather, I ran from one meeting to the next. I balanced making presentations at schools and community groups with racing to meet grant application deadlines. I was the typical non-profit worker—underpaid and overworked, staying up all night on fair-trade coffee and passion for social justice.

In January 2013, I boarded a jumbo jet to catapult myself closer to the action, and landed dab-smack in the middle of Africa. Jetlag caught me red-handed; I succumbed to a deep, zombie-like sleep, and sometime the next afternoon, I woke up in Uganda.

Seven months later, Uganda has transformed the person I am and the way I see the world—and most importantly, the way I do my work. As a writer, I’ve worked with KIHEFO to do what many grassroots organizations struggle to do the most, not actually to do the work, but to talk about it through sharing stories and experiences.

I’ve been privileged to interview many of the Bakiga people who live in rural villages scattered throughout the rolling hills of southwestern Uganda. I’ve met mothers, farmers, schoolteachers, community leaders and youth. I’ve interviewed doctors, nurses, students, midwives and traditional healers. Everyone I’ve met has had something to say about the way they live and the challenges they face, imparting powerful knowledge that has the potential to inform NGOs and policy-makers who are working to develop solutions for the world’s poorest people.

The act of listening to, recording, contemplating and writing the stories of many Ugandans has been my greatest education in Uganda, and surprisingly, it has nothing to do with “development” and everything to do with the way I walk and the way I talk.

Uganda has taught me to slow down. I’ve learned that, no matter the sense of urgency of people’s socioeconomic situations, rushing about and moving like a Canadian in Uganda won’t get me anywhere fast on the ground, or produce any kind of change.

In fact, my Ugandan colleagues have told me that the most powerful women in traditional Bakiga culture do the opposite. They don’t walk. They saunter. They stroll. They shuffle forward, their hips dipping side to side, as though performing a subtle dance down the street. No hurry in Africa, people say here. It’s not a stereotype. It’s true to traditional processes that are alive and well amongst Uganda’s 80 per cent majority of people dwelling in rural villages where social media is actually someone riding a bicycle through town and shouting into a megaphone. Where a farmer’s way to the market is on his bicycle, and the engine is his own two legs, pushing a load of produce to town. And where local decisions are often made under the shade of fruit trees, sitting on papyrus woven mats, while sharing a cup or two of the locally-made brew—fermented maize or banana or sorghum. No hurry in Africa, the people often tell me.

Here, in the Ugandan village, I’ve changed the way I walk. If I walk like a Canadian, maneuvering my way down a busy street in Vancouver or Toronto, no one will trust my movements. They’ll watch my frantically swinging limbs moving towards their homes and feel, instantly, a sense of “What does this busy ‘muzungu’ (foreigner) want from me?” If I’m speeding down the dirt-packed roads of their village, eyes glued to my feet, I won’t have the opportunity to smile, wave or shake their hands in greeting. I would fail to weave myself into the tapestry of their culture—the whole network of relationships that makes a village community function according to traditions of trust and openness.

Same goes for the way I conduct interviews with Ugandans in their village homes that are built with sticks, sand and clay. I can’t just sit down and begin peppering people with questions. They may wonder: “What does this rude muzungu want from me?” First, I smile and offer a simple greeting in Rukiga. I play with their children and express how beautiful they are. Maybe I’ll accept a cup of sorghum porridge, sweetly fermented, with genuine gratitude. Then, we talk.

And when I talk, I can’t talk like a Canadian, with my words soft and melting like butter. For example saying “wader” instead of the sharpened “water.” I’ve learned to speak a new dialect of English. Talking slow as though I’m chewing fully on every word before it leaves my mouth. Even though I usually communicate through a translator, I slow down my speech, make eye contact, smile and relax my tone and facial expressions to match the language of their culture.

Slow down. It should be simple, right?

Wrong. Going slow challenges every bone in my Canadian body. I’ve grown up in a fast-paced, ever-changing world of technology, politics and trends. And my whole adolescent to adult life I’ve been exposed to Western media on Africa that preaches fast action now. Most Western institutions, including governments and NGOs, want to see rapid change and big results. Going slow, to Westerners, is burdened with inefficiency for success.

But over the past seven months, I’ve learned that the Ugandan way of walking and talking is actually more efficient in ways that Westerners, today, are lacking. Going slow builds a social network based on trust, understanding and collective action.

It’s an important lesson for working effectively in rural Uganda, and one that I will carry along with me, as I walk, rather, meander my way through work and life in Uganda for the next several years.