You are here: Home/ Articles/ Study Abroad/ Blogs/ How I Conquered My Fear of Fish in Thailand

How I Conquered My Fear of Fish in Thailand 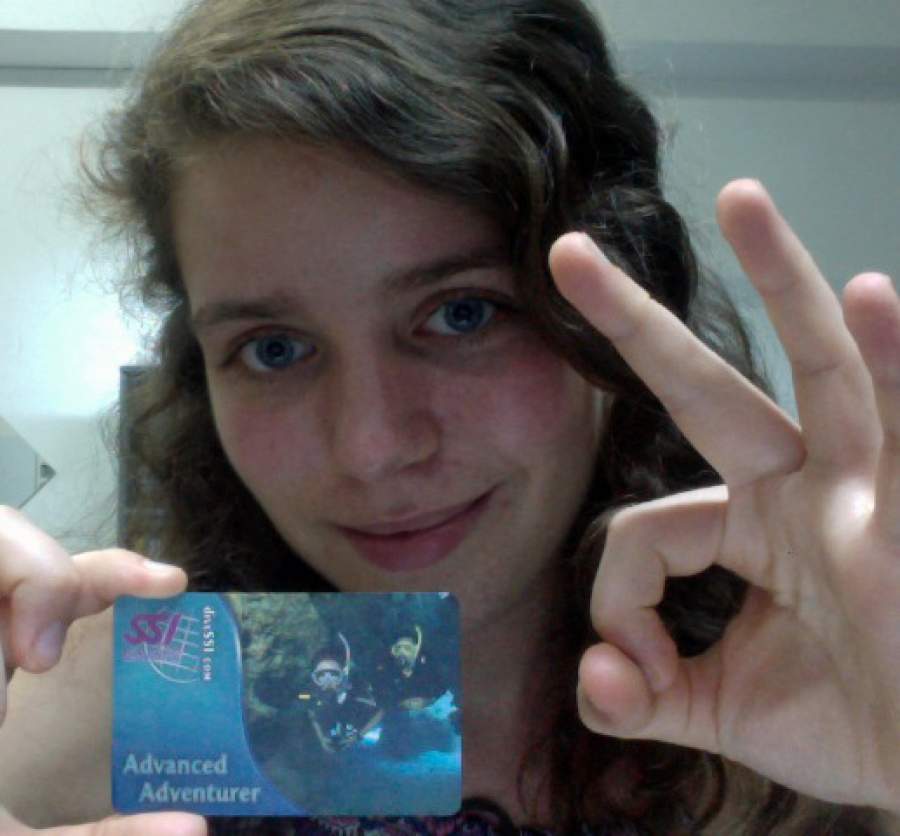 When it comes to studying abroad, learning doesn't just happen in the classroom. Sometimes, the best lessons are learned underwater.

If there’s any time in your life to try something new, it’s while you’re on an exchange to another country. There are new cultures, foods, activities and languages everywhere you turn. But for me coming to Southeast Asia, diving was a very big new experience.

I always thought swimming through a sunken ship was the coolest idea ever (along with even the remote possibility of finding sunken treasure), but one small thing had always gotten in my way of ever trying this out: ichthyophobia (or a massive fear of fish).

Riding on my try-anything-and-everything exchange attitude, I decided now was the time to get over my fear of those strange, flat, non-blinking creatures. After some careful research, I out found that Koh Tao (Turtle Island) in Thailand had one of the best dive sites on the planet, Japanese Gardens. Big Blue, a well-run dive school on the island, offered reasonably priced lessons where I could learn the basics in a safe environment.

After taking a ridiculous amount of modes of transportation (subway, plane, bus, ferry, truck, feet), I was there! Aptly named, the island was shaped like a turtle and covered in palm trees and beachfront bars that overlooked a stunning eruption of colour every evening at sunset. The island was so pretty; it had me convinced nothing bad could happen there for that reason alone.

This remained true for the first two days of my training. I spent my time in a classroom, learning how not to die underwater or learning how to blow bubbles in the practice pool.

Eventually, it came time to actually get in the ocean. I hopped into the water James Bond-style and pretended to act like I wasn’t about to be scared out of my skin. Clinging to my buoyancy compensator for dear life, I began my descent with the rest of the group. Fortunately, we weren’t descending straight onto the reef, so I still had some time to prep for the imminent fishy terror.

However, something more was afoot, pressure in your ears builds quickly underwater, and the technique to equalize and relieve this pressure wasn’t working for some reason. As the group was sheperd-ing me forwards at a steady rate, I had soon reached a point where my head began to feel like it was going to explode. I stopped my descent and signalled to my instructor that I was in trouble, realising I was too far underwater to ascend directly to the surface without needing a trip to a decompression chamber, but that if I stayed where I was, it was viable that my face would pop off (looking back, this was definitely an over exaggeration, but at the time, this is what it felt like).

Soon enough however, my instructor was in front of me, calmly demonstrating the correct technique to relieve the pressure, and after a few attempts, I heard a wonderful “POP,” felt the most satisfying pressure release and realized I wasn’t going to explode.

At this point, I was able to make a life-changing realization: my face exploding because of my inability to equalize pressure was far worse than anything a silly fish could do by looking weird and ugly!

In this frame of mind, I swam up to the reef and let the fish surround me. It was a little off-putting at first, but nothing compared to a head explosion. After a few minutes swimming with them in the Zen-like underwater quiet, I began to actually appreciate these creatures. All of their movements flowed in a smooth rhythm and their scales reflected a full spectrum of colour as they wove in and out of the equally (if not more) colourful reefs. My fear had been officially replaced with full-blown awe.

Soon after, I made another dive, this time to sunken WWII passenger ship. I didn’t find any sunken gold, but being able to swim beneath its deck beside a school of angelfish was treasure enough.