Eating My Way Into Khmer Culture 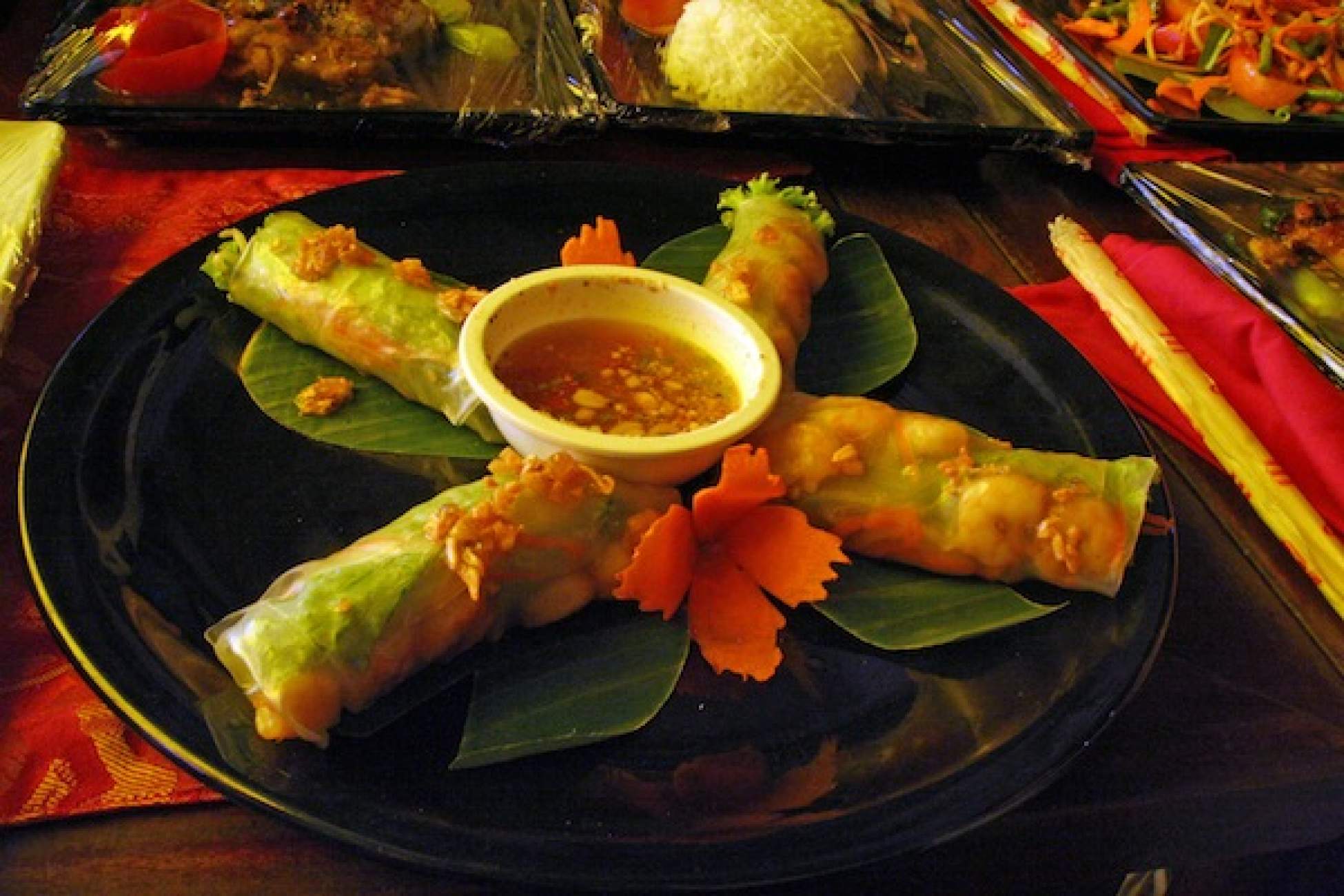 The meals that bind us.

Wide varieties of cultures and traditions exist around the globe, like the Karen tribes that practice neck stretching in northern Thailand, or the widely-accepted belief that elves roam caves along the Icelandic coast. However, one thing that is consistently important in every culture across the globe helps tie us together: food.

If there’s any culture that knows food, it’s that of the Cambodian Khmer. The oldest type of cuisine on Earth that is still actively prepared stands apart from most other Southeast Asian fares due to the fact that its age predates the use of chilli (a staple across the rest of the subcontinent). Instead, Khmer dishes rely on subtler spices and fresh ingredients like fish from the country’s Mekong River. The results are savoury and mouth-watering dishes I was able to experience in full during a Cambodian cooking class.

While Siem Reap is more famously known as the gateway to the Angkor Temples than a culinary tourism destination, Le Tigre De Papier on central Pub Street offers unique classes for visiting foodies. Never having taken a cooking class in my life and far from being the next contestant on the Iron Chef, I signed up hoping to try something new and delicious, but not knowing much of what to expect beyond that. I assumed the class probably wasn’t going to consist of much more than chopping veggies and eating chicken, so I was quite surprised when the first thing our class did was leave the restaurant altogether.

Instead of heading to the kitchen, we were off to the market to shop for supplies for the upcoming meal. While the market’s entrance was offputtingly dim and dusty, bright lights and lively chitchat illuminated the interior, showcasing endless rows of fresh meats and vegetables. My cooking (and now shopping) instructor began picking out the ingredients we were going to need. But along the way, I caught a glimpse of a shoe vendor who’s inventory took up an entire wall from floor to ceiling, got distracted and separated from the group, eventually needing to be pried away from buying knock-off Toms.

Once the grocery shopping had been successfully completed (although the same could not be said for my shoe shopping), it was back to the restaurant for my anticipated veggie chopping. Instead of the mundane chore I was used to, the instructor taught me that by using the tip of knife, I could chop my way through an entire head of lettuce in about 10 seconds flat and that a few well-placed snips could turn a carrot into a flower.

The cooking revelations continued as instead of simply mixing a bunch of spices in with my chicken, I was given aromatic and wonkily shaped plants to mash in a large drum. I began to pound out the flavours, shaking my hips to the rhythm and recruiting my fellow classmates to do the same. Meanwhile, meats and bananas were being fried over a large stove and the kitchen began to fill with mouth-water smells. Luckily, this meant it was time to chow down!

Our appetizers were brought to the dining area and my spring rolls were deliciously crisp (and filled with expertly chopped veggies), made with clear rice paper instead of being deep-fried. Next my Khmer chicken bok choy entrée was perfectly juicy and seasoned to perfection (with spices that must have been ground by the gods). Although my stomach felt like it was on the brink of bursting, I couldn’t say no a sweet dessert of brown sugar-fried bananas.

It may have just been the fact that I was fully able to appreciate the skill and effort that went into the meal, but the end result was fantastic. Not only had I learned how to work my way around a knife, I had the chance to do it while bonding with fellow travellers.