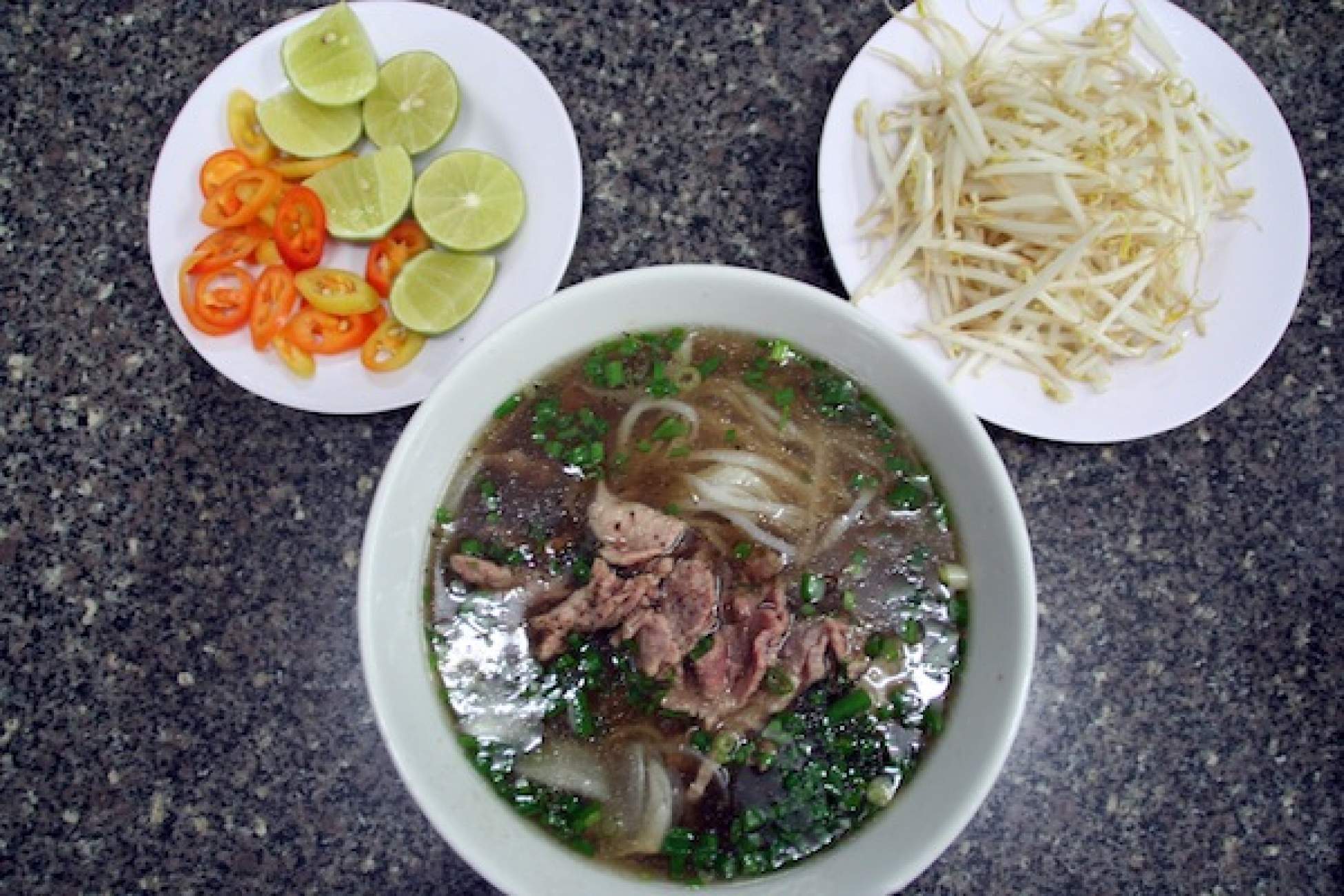 Judi explores the best sights that Ho Chi Minh City has to offer.

As English is the most widely spoken language on the planet, it’s possible to travel around even remote regions of Southeast Asia without getting lost in translation, depending on the type of activities you’re looking do. Anything with an organized tour group is likely to have English-language options, whether it be cruising down the South China Sea, or volunteering and building schools on remote Indonesian islands. However, if you’re looking to experience authentic local culture, you’ll more than likely have to face the local dialect.

My first encounter with any language barriers during my trip was in Vietnam. The country is a mixing pot of French, Chinese, and regional cultures and languages and in the vibrant southern capital of Ho Chi Minh City (HCMC), the best way I found to experience all of this is with plastic helicopters, water puppets and a big helping of pho.

One thing that I was greatly impressed with in Vietnam was how active the entire country seemed to be. In the September 23 Park right in downtown HCMC, you’ll find senior aerobics lessons at 7 a.m. and pick-up badminton games all day long—far after even the sun sets.

Not wanting to miss out on all the fun, I decided to join in the games, purchasing a small plastic helicopter from a wandering vendor. The device seemed to work like a slingshot, requiring the user to pull back and release the helicopter to fire it into the air. From there, you needed to catch the copter before it hit the ground. However, these manoeuvres require much more technique than I had originally assumed, and after several failed attempts at firing the copter, a small Vietnamese boy tried to take mercy upon me and began giving me a complicated series of instructions in Vietnamese. After being able to offer only a confused expression in return, he switched his instruction method to simply showing me how to properly fire the copter.

I squealed with delight as it sailed through the air, making a fumbling catch before (successfully) releasing it back at the boy. We continued our game of helicopter-catch until I realized I was running late for my water puppet show. At that point, I gave the copter to the boy and left with a smile. He beamed back at me before running off to show his new toy to his friends.

Although I was sad to leave my new little buddy, Vietnamese Water Puppets were not something to miss. Dating back to the 11th century when peasants and kings alike would gather around flooded rice paddies to watch the puppets hover over the water, seemingly like magic (in reality, they’re controlled at the end of long horizontal poles by puppeteers hidden behind a large backdrop).

The show’s premise was explained only in Vietnamese, but the masterfully precise movement of the puppets and physical interactions of the characters, which included a dragon puppet lighting fireworks out of its mouth, were certainly not lost on me. Everything about the show, from the intricate design of the wooden puppets, to the precise movements the puppeteers were able to command was an art. I felt a connection to the performance even without being able to comprehend the dialogue (which seemed to be secondary, regardless).

Since there is no better way to follow a water puppet show than with a big bowl of pho (Vietnamese noodle soup), especially since when you’ve worked up quite an appetite after chasing helicopters, it was off to the best noodle place in HCMC, according to my hotel’s reception at least.

Arriving at the joint, I sat myself down at a small plastic table and was handed a Vietnamese menu. Not knowing much more of the language beyond pho, which seemed to be every dish on the menu, I was brought back to my earliest kids’ menu days, consulting the pictures to make my decision. When it was time to make my selection, I pointed out what I wanted and the waitress gave me an expression that asked if I was certain about my selection. Excited by the fact that I had ordered something daring (I’m an adventurous eater even when I know what I’m doing), I nodded enthusiastically.

A few moments later, I was greeted with a delectable-looking bowl of meat and noodles and promptly gulped down a large spoonful. I should have known something was up, given that the waitress was still standing over the table, watching me. I quickly realized I had probably inhaled the spiciest noodles on the face of the planet and was quickly sent into a coughing fit. Laughing, the waitress handed me a cup of water and once I had regained my breath from the spiciness, I immediately lost it again, joining in on the laughter.

As I was still quite hungry, and didn’t want to admit defeat over the pho, I slowly worked my way through the rest of the bowl, returning its empty contents to the now impressed looking waitress. We exchanged pleasant waves before parting and I couldn’t help but feel a sense of connection to the whole city as I returned to bed for the night.