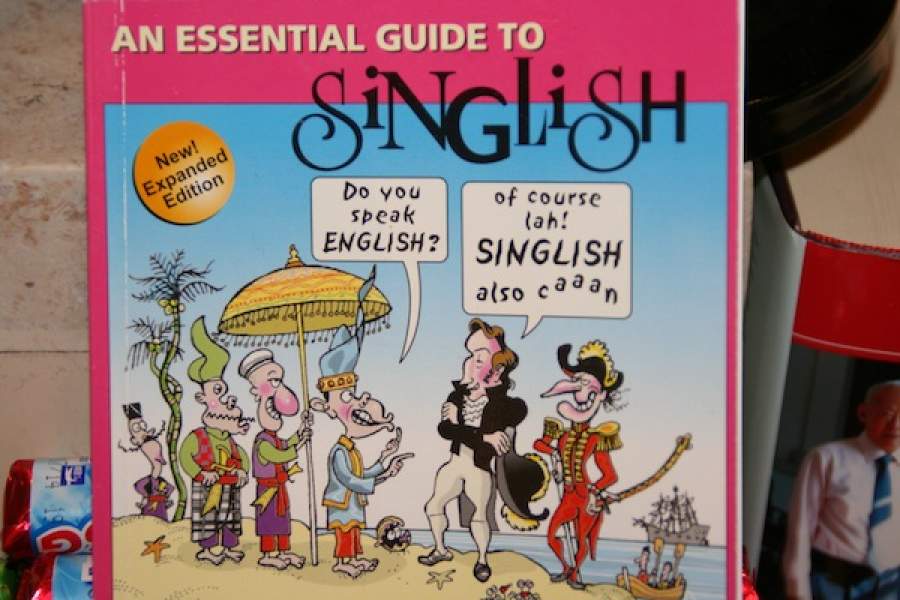 The quirkiest language isn't a language at all.

When I was looking into where I wanted to go for my academic exchange, I knew I wanted to experience a culture and geography that was different from Canada, but didn’t want to be bombarded by language barriers. (I like to talk, alright?!)

With these criteria in mind, Singapore stood out as the perfect option: it’s located in Asia, has English as one of its official languages and has easy transportation to many nearby countries. There would be enough culture to send a bit of a shock to my system, but not enough to electrocute me to death.

Once I arrived, I saw most of my expectations were pretty dead on, except for one small thing. They made a typo when they declared “English” as an official language. The correct spelling should be “Singlish.” Although the Singaporean government put forth the Speak Good English Movement to try to phase out this lower-class, slang-filled dialect, it still carries a strong resonance throughout the country.

In a nutshell, Singlish is basically a mix of all of Singapore’s official languages (English, Malay, Tamil and Mandarin). It’s become so widespread that I got my first taste of it before even getting to the country, when friends started showing me videos about Singaporeanisms like this.

Getting to Singapore, I was surprised to see how well the video compared to the actual country, but didn’t even begin to cover all of small quirks. People don’t just “chop seats while queuing,” they “chop seats while Q for takeaway with one-for-one kaya floss, lah.” (Put bags on a table to reserve seats while waiting in line for a fast food restaurant with a buy-one-get-one-free deal on toast with jam made out of coconut milk, eggs, pandan leaf and sugar, unh).

Fortunately, most Singaporeans are more than willing to explain their Singlish terms when you’re not sure if someone’s “specs” are. (They’re glasses.) You get used to the quirks of the language so quickly, I found myself getting homesick for it, even on a brief weekend trip out of the country.

Although the differences between Canadian and Singaporean English can be strange at first, its countrywide traits like this that help create a national identity and sense of belonging. You really start to feel like a Singaporean when you start doing things like ordering kopi-o instead of a black coffee with sugar.