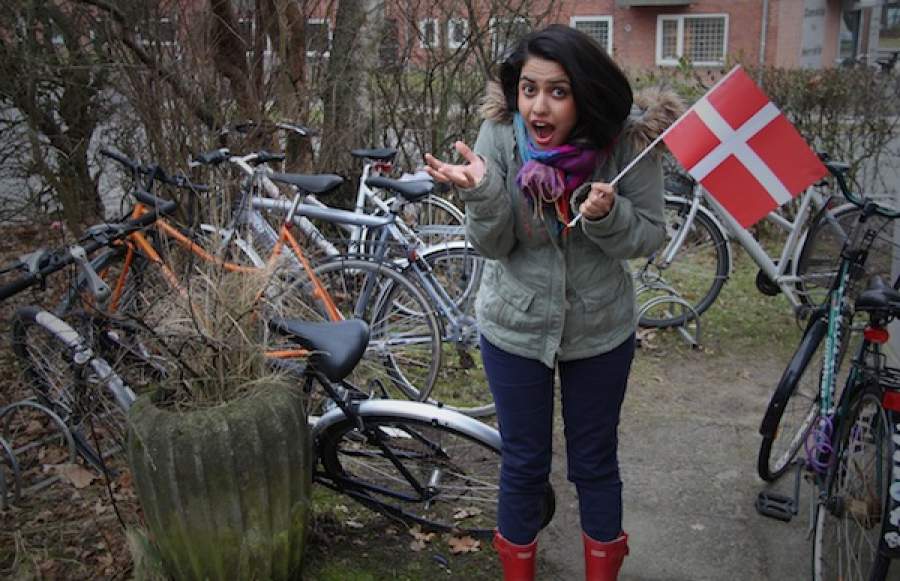 As her semester abroad in Denmark comes to an end, Roop wonders why she only made friends with three Danes.

It’s time to pack up my life in Aarhus, Denmark and while I was taking a break from cramming for exams, I thought to myself, “There couldn’t be a better time to count my Danish blessings!” Thus ensued a process of making a mental list that included cozy coffee shops, bike lanes, talented professors, and most importantly my classmates hailing from 44 different nations.

I started reminiscing how thankful I was to have French friends who gave me language lessons, Chinese friends who set my mouth on fire with their culinary delicacies, Brazilians friends who made me caipirinhas (a cocktail), and German friends who encouraged me to play football (and by that I mean “soccer”) every weekend. That’s when it occurred to me: Even after six months of living in Denmark, I hadn’t really made any Danish friends other than the three people in my program.

I pride myself on being culturally open-minded; I often make small talk with locals while travelling and I am pretty confident that I am an approachable person (even though I look like a crazy jailbreak while trying to ride my bike). So, how am I leaving this country with so many memories of nature, architecture, food and drinks—but not nearly enough local friends?

My roommate Sonja has a theory about this: international students tend to stick with each other. There are 70 people from 44 countries in my Erasmus Mundus program. From orientation to our last lecture, it’s only natural for everyone in the course to associate with each other, socially and intellectually. Moreover, I live in shared-facility accommodation, popularly known as the “Mundus House”—basically we are a bunch of international students living together, speaking in English and eating mostly Mexican and Italian food.

Moreover, when you move to a new city, it’s hard to infiltrate a circle of friends, especially if you don’t speak the same language as them. I could easily go hang out with a group of Danes, but that friendship wouldn’t last too long. If they spoke Danish, I wouldn’t understand a word (actually, maybe the 13 words I know), and I don’t want them to resort to their second language to talk to me. But since the official language of our program is English, it’s easier to communicate.

Another one of my friends also raised a valid point that people might not necessarily be interested in investing time into a friendship with someone who is going to leave in a few months. That made sense until I recalled that two of my closest friends are two British girls that I met while they were on exchange in Toronto during my undergrad.

And then there’s everyone’s favourite excuse—Danes are hard to talk to! That’s partly true: Danes are friendly, but formal. They will not start a conversation with you until you ask something first. They take a lot of time to warm up to strangers, especially when you aren’t speaking Danish.

But, that’s no excuse to give up on making Danish friends, right? My other flatmate, Josh, signed up to be a part of a program that pairs up international students with Danish families. He goes to his Danish family’s place for dinners, shares cultural experiences and also practices Danish. (No wonder his Danish is better than most of us—and that’s without any formal Danish lessons.)

Josh’s integration with Danes and Danish culture makes me feel a little guilty for not trying hard enough while I was here. That being said, I am leaving with a ton of other friends from around the world, and the motivation to defeat the “locals are shy” syndrome and reach out to make friends.