You are here: Home/ Articles/ Study Abroad/ Blogs/ The Value of Global Education

The Value of Global Education 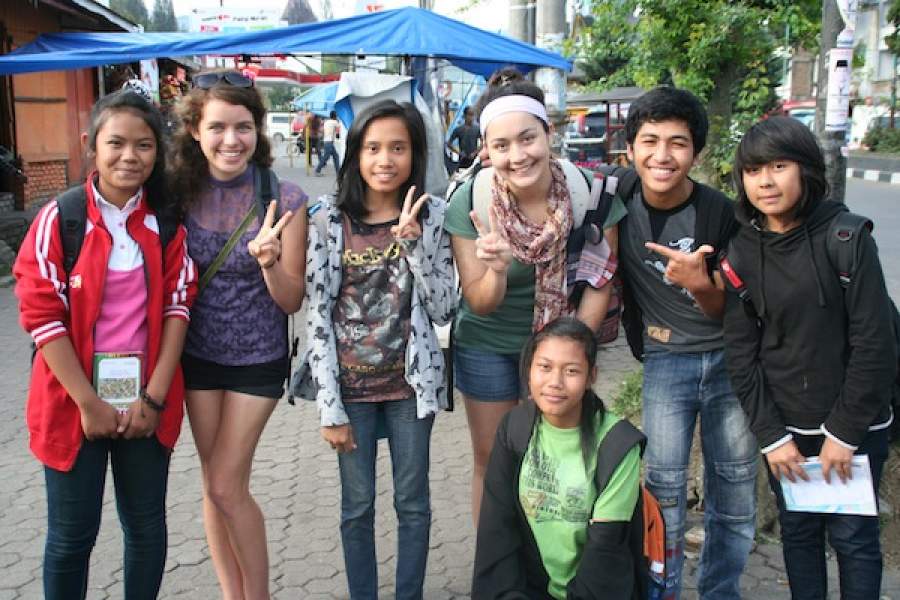 Getting off the beaten path in Berastagi, Indonesia, I was fully prepared for volcano trekking and squat toilets. (Always remember to bring your own tissue paper.) One thing I was definitely not expecting, however, was the paparazzi.

As soon as I stepped out of the bus in downtown Berastagi, a group of primary school-aged kids noticed my friends and I and immediately came up to us, asking if they could practice their English and get pictures with us. The kids seemed so eager, I immediately agreed and was astounded to see the entire group whip out notebooks from their school bags and begin pouring over pages of carefully written notes on English phrases. It was clear that they each had put a lot of care and effort into their lessons and were very excited to be able to put their book smarts to use.

While they pushed over each other to ask us the same questions over again, it was still refreshing to see so many kids get this excited about what they were learning in school— particularly in a country where the education system has a long-standing history of corruption leading to schools being underfunded and where many teachers still don’t hold proper qualifications. In recent years however, enrolment and graduation rates have been on the rise and the country’s current youth literacy rate is above 99 per cent.

Judging by the group I just met, these results and improvements were easy to see, as many of even the youngest kids held a better grasp of the English language than the majority of the adults I encountered during the trip. Indonesia has moved up to become a middle-income country, and if these kids are an indicator, the country’s future is looking even brighter. During our talk, I learned that many of the kids held big dreams for the future, wanting to become doctors and scientists when they grew up.

After the interview session, cameras were pulled out and a photo shoot began. Group shots in every possible arrangement were taken, followed by individual shots with each of the kids. While at first it was strange to be seen as an attraction because of my Western English, the kids could tell that the language was their connection to a world of opportunity.

Growing up somewhere where English is spoken by virtually everyone, it’s easy to take for granted all of the language’s benefits like access to better education and a wider variety of better paying jobs. Education is key to creating a good standard of living and I couldn’t be happier seeing this message was clear and highly valued across the globe.