You are here: Home/ Articles/ Beyond the Guidebook/ All About Thailand: Vital Statistics

All About Thailand: Vital Statistics 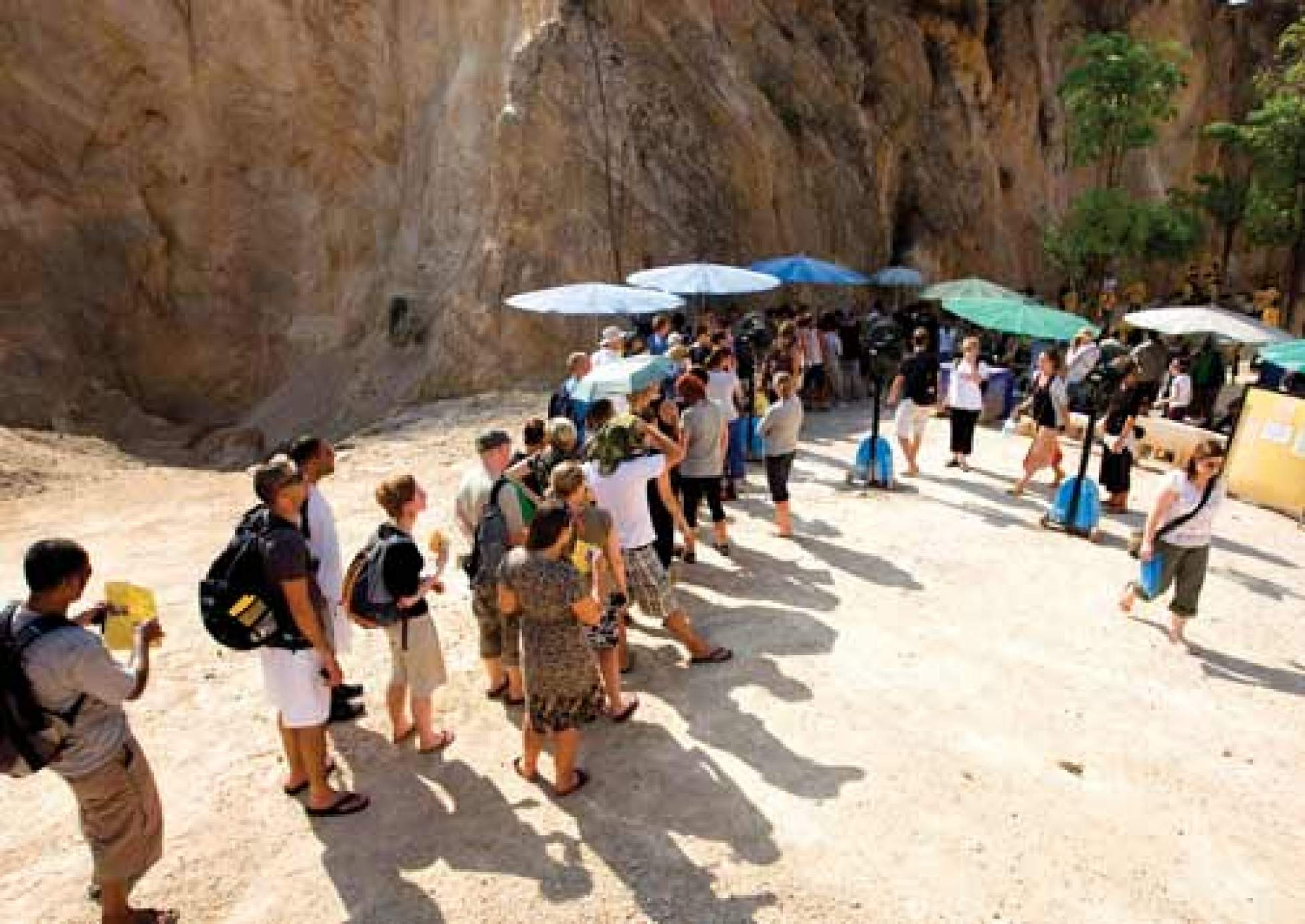 Area:
513,120 square kilometres (about half the size of Ontario)

Language:
Thai is the official language. English is spoken by upper classes and tourism workers. Regional dialects are also spoken.

Government type:
Constitutional Monarchy. King Bhumibol Adulyadej has ruled since 1946, making him the longest-reigning monarch in the world at this time.

Claim to fame:
Thailand is the only Southeast Asian country that was never colonized by a European nation.

What colour is your shirt?

Visitors generally haven’t been endangered by Thailand’s recent turmoil, but you may be curious about the two opposing camps protesting in the streets.

The yellow-shirts, who wear the colour that represents the King, are business people and members of the urban middle class. In 2006, they protested on the streets and triggered a military coup that ousted Prime Minister Thaksin Shinawatra from power over allegations of corruption and abuse of power. When Thaksin’s allies won the following election, the yellow-shirts seized control of Bangkok’s two airports in 2008 and got rid of that government too.

The red-shirts, who are mostly supporters of Thaksin, were not impressed by these twin coups. Thaksin, a billionaire, is popular among poor rural Thais, as well as students and activists. Last April they stormed the summit of the Association of South-East Asian Nations, forcing its cancellation. They are now requesting a Royal pardon for Thaksin, so he can return from exile.