You are here: Home/ Articles/ Beyond the Guidebook/ Taming the Tiger: Inside Thailand's Tiger Temple 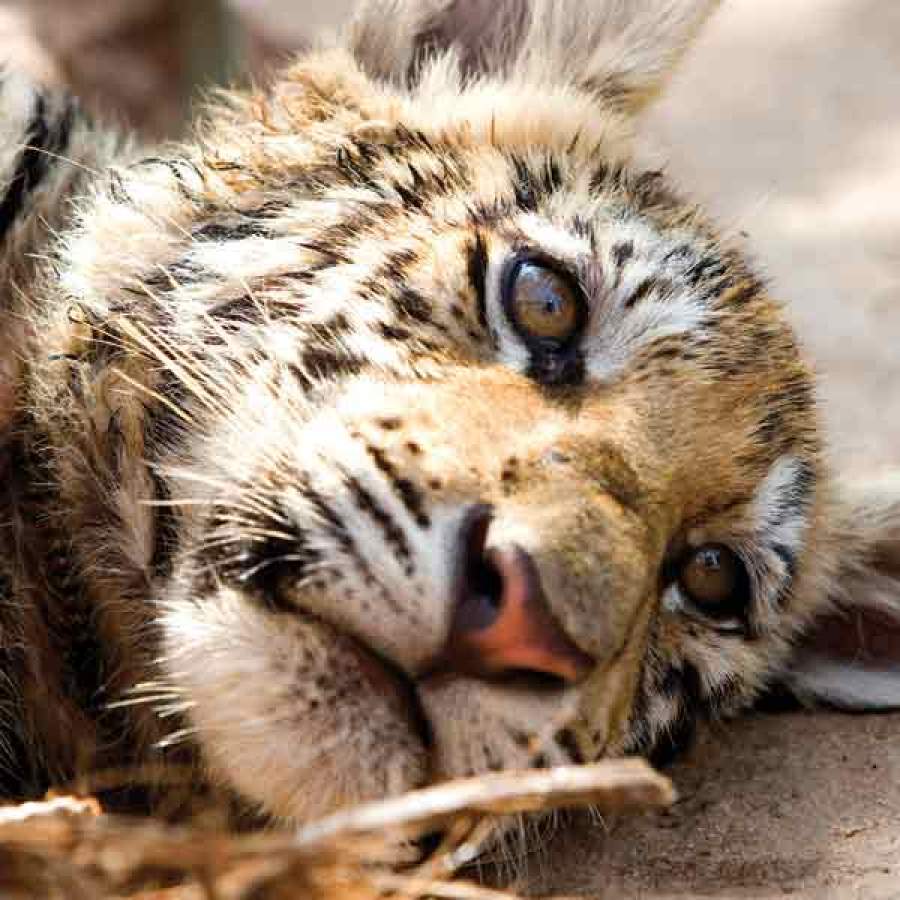 Thailand's tiger temple claims to be a wildlife sanctuary, but that's not why hundreds of tourists visit every day.

A boy looks at his mother nervously as she leads him by the hand and instructs him to sit. A stranger approaches the child with a live adult tiger and carefully places its head on the boy’s lap. Gesturing toward a camera, the mother tells the young boy to put his hand on the tiger’s head and look up and smile. “Say cheese!”

Commonly referred to as the Tiger Temple, Wat Pa Luangta Bua Yannasampanno Forest Monastery in Western Thailand was founded in 1994 and describes itself as an animal sanctuary, though many of the tigers were born there. According to the website, a cub was brought in 1999 after being orphaned by poachers on the Thai-Burmese border. Since then people have brought tigers from all over to the abbot and his staff of 60, to be cared for and, perhaps, released into the wild someday.

Over the years the temple has grown and now offers tourists the opportunity to get up close and personal with some of its domesticated tigers. Situated just a 30-minute drive from the popular tourist destination of Kanchanaburi, Wat Pa Luangta Bua Yannasampanno Forest Monastery sees plenty of visitors every day. Some come on tours from Bangkok just to see the big cats. The local economic benefit is clear.

After paying the 300 baht ($10) admission fee, tourists head to a canyon area where they line up in the hundreds for their photo opportunity. Cameras are handed over to temple staff, who lead visitors by the hand to visit a number of the tigers, taking a minute to squat and strike a pose for a photo with the striped beauties. No sudden movements, no loud noises and no red clothes are permitted. For an extra 1000 baht ($33), a "special photo" allows the bravest visitors to be photographed while a staff member places a tiger’s head in their lap.

The Tiger Temple is one of the more controversial tourist attractions in Thailand. After receiving complaints from tourists and former volunteers, Care For The Wild International (CWI) conducted a three-year investigation. In 2008, they released a report condemning the temple for its illegal involvement in trading tigers, its abuse of the animals, and for the high-risk interaction between tigers and tourists it condones.

In reality, there are few places in Thailand that practice genuine conservation as it's understood in the West. Animal welfare is viewed differently and the existing laws are not always enforced; protected wildlife (dead and alive) can be purchased openly in markets and tourist shops throughout the land.

There are few places in Thailand that practice genuine conservation as it's understood in the West. Animal welfare is viewed differently and the existing laws are not always enforced.

According to Tim Pollard, an Australian volunteer coordinator for the temple, the CWI report is exaggerated, based on hearsay, and lacking in hard evidence. After coming on board about two years ago, Pollard has been trying to clean up the temple's image by making changes to how the operation is run. “I’m not going to sit here and say that the temple is perfect,” says Pollard, “but we’re getting there. While tiger swaps may have been done in the past with a farm in Lao, the monks were not aware of the rules that govern wildlife trade. In terms of abuse, yes there used to be abuse and cruel scare tactics used against the tigers but that doesn’t happen anymore—it was just the Thai way of doing things and it was not done intentionally to be malicious to the tigers.”

These scare tactics, as reported to CWI, included kicking, punching, twisting the nose, crushing the testicles, and spraying urine in the face. They were used to maintain a dominant position over the tigers and prevent them from attacking tourists in the petting zoo.

While the temple may be trying to clean up its image, not all of the tourists visiting the monastery are convinced of its dedication to conservation. As one Swedish tourist said to me, “It is a glorified petting zoo and a well planned business model to earn a lot of money. I was saddened to see these tigers chained up in the sun all day just for the pleasure of tourists.”

Despite the controversy, the vast majority of visitors walk away with a positive experience and a priceless photo. The temple says that entrance fees go toward conservation efforts though the creation of Tiger Island, a giant enclosure, with tourist viewing points, where the cats will eventually be able to roam freely. However, as critics are quick to point out, the project was started over four years ago, and is still nowhere near completion.

Pollard is candid about the topic and confesses that, “in terms of conservation the temple has a long way to go and I still have no idea when Tiger Island will be complete. After having spent time here I think it is unrealistic to think we can release tigers back into the wild. Our best bet now is to focus on keeping tigers alive in a safe place where they are well cared for. I know the temple doesn’t have a good history, but we do have a positive future, one that can hopefully benefit the tigers and the local community.”

More Travel Spotlight Thailand:
Wave of Change: Five Years After the Tsunami
All About Thailand: Vital Statistics
Volunteer and Study Opportunities in Thailand