You are here: Home/ Articles/ Beyond the Guidebook/ Wave of Change: Five Years After the Tsunami

Wave of Change: Five Years After the Tsunami 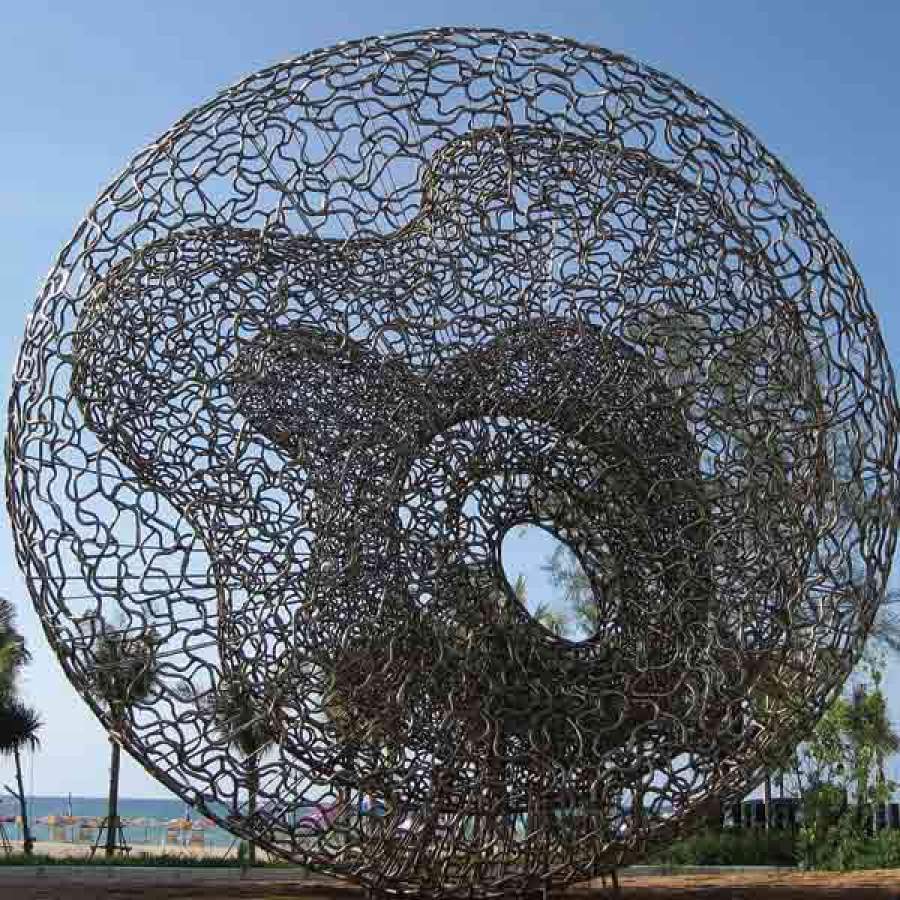 Five years ago, the tsunami took thousands of lives and changed Thailand forever. Finally, the tide is beginning to turn.

On December 26, 2004, in the village of Ban Nam Khem, Maitree Jongkraijug was about to take a nap when he heard shouting from the beach. He went towards the voices until he saw the wall of water, and then he and his family ran for their lives. As Jongkraijug told the Bangkok Post, he lost his father and nephew that day, and all his possessions.

In the weeks that followed, the eyes of the world were on all tsunami-affected nations, but extra attention was paid to the Andaman coast of southern Thailand, where over 2,000 foreigners and tourists died. Five years later, international focus has shifted elsewhere, but folks like Jongkraijug still feel the impact every day.

Early relief efforts addressed immediate needs resulting from injury, hunger and homelessness. The common belief is that around 5,400 people died, 2,800 went missing, over 8,000 were injured and 4,800 homes were destroyed—numbers which are much lower than those in Indonesia and Sri Lanka, but may still not account for thousands of undocumented Burmese labourers who disappeared.

At this point, many agencies have wrapped up their relief operations after praising the hard work of the Thai people and the generosity of international donors. As Tourism Concern sums up in their 2005 report, “Post-tsunami reconstruction in Thailand appears on the surface to have been conducted overall in a speedy and seemingly efficient, if at times overzealous and authoritarian, manner.”

Tourists have returned to the area: according to the Manila Bulletin, in 2005, there was only a slight drop in visitor numbers—down 130,000, a from the more than 11.6 million who came the previous year. A series of semi-functioning observation towers and buoys attempt to warn of future disasters. Emergency evacuation drills have had mixed results, but the system is gradually improving. There’s a perception that things are getting back to normal.

"The developers have tried before to chase people away. Now the tsunami has done the job for them."

However, those who venture beyond the resorts can see signs that the recovery is not complete. Peter Baines, who founded an organization called Hands Across the Water, says, “You don't have to travel far off the main road to find buildings that have been left in a state of disrepair since the event. I walked through one such beachside hotel in June of this year, which remains basically untouched. Menus remain on the floor, a waitress chequebook sits in the kitchen area and there is a ghostly feel about the building.”

Many survivors, like the waitress, still have no way of making a sustainable living, and this is where the need for relief has now evolved into a need for community development. The impact was greatest in fishing and tourism, the main industries of the coast. Many guest houses and stores were damaged or destroyed, as well as 7,500 fishing boats. According to the United Nations 30,000 fishing and 120,000 tourism jobs were lost. The impact is said to have reached as far as the north-eastern region of Isan, the hometown of many tourism workers.

One of the barriers to community development is a land grab that was already happening, but has been exacerbated by the tsunami. Many coastal villages, whose residents make a living from fishing and small tourism ventures, are situated on prime oceanfront real estate, much to the envy of multinational corporations. When the tsunami hit, the villagers moved to refugee camps inland. Signs went up on a number of sites in villages, declaring that resorts and upscale tourism businesses would be built there. The companies involved are sometimes connected to the government, with shareholders who also hold public office. Many villagers don’t have title documents to the land their families have lived on for generations.

The Asian Coalition for Housing Rights (ACHR), quotes a senator touring the area, who said, "The developers have tried before to chase people away. Now the tsunami has done the job for them."

The village of Baan Laem Pom was already in the middle of a land dispute with the Far East Trading and Construction Company when the tsunami hit, according to Tourism Concern. The company wanted to build a golf course and hotel on the village land. When the tidal wave struck and the villagers moved to temporary shelters, the company fenced off the village site and hired armed guards who refused to let people in, even to look for the bodies of the missing.

Eventually a settlement was reached and the company compensated villagers with money to build new houses elsewhere. Tom Kerr of ACHR reports, “The community was broken up, which is a shame, but finally everyone got the market rate for their land, which was a lot of money: enough to move nearby and buy land and build a lovely new house.”

Not everyone is happy with the deal, says Thailand’s The Nation. "I lost my parents and four other family members and the land they developed, to the tsunami," Sanchai Puttamas told the publication in 2007. "My mother was a hard-working woman. She turned the land once full of dry sand into a green fruit orchard. But she never bothered to apply for a land title deed. Now she is gone and I can't even protect her legacy."

The island of Koh Mook, populated by Muslim fishers, was hit hard by the tsunami and by government and private land owners trying to evict them afterwards. According to ACHR, local residents and organizations collaborated on a creative solution whereby 194 families living on public lands gained long-term user rights, which are held collectively by entire villages.

With the help of Community Architects for Shelter and Environment, a Thailand-based organization, some residents have designed special stilt houses in the middle of a mangrove forest. The wooden houses sit on concrete columns and are linked by a floating walkway. Tidal water flows under the houses, which are protected from storms by the mangroves.

At the community level, the tsunami has increased environmental awareness, says Janaka de Silva of the International Union for Conservation of Nature (IUCN) Thailand. Mangroves played a key role in reducing the impact of the waves, and a new regional initiative called Mangroves for the Future (MFF) is working to promote this and other environmental benefits from the trees. IUCN Thailand and other local partners are working with MFF to rebuild mangrove plantations. These will help create jobs since mangroves nurture the fish and shellfish population needed by fishers. Small-scale aquaculture is possible among them too.

"The tsunami is my greatest teacher.”

Another organization working on income generation is Andaman Discoveries, which grew out of an agency called North Andaman Tsunami Relief. They work with communities to create sustainable income, and arrange eco-tours, homestays and volunteer work opportunities for travellers. Locals can learn English and receive vocational training. In Ban Talae Nok, a village whose lower section was completely swept away by the tsunami, the traditional fishing culture has been preserved, while community tourism has supplied a steady income and supported a children’s centre and an orchid conservation programme.

Back in Ban Nam Khem, Maitree Jongkraijug talked about the positive things that happened after tragedy struck. “The tsunami has given us a stronger community,” he told the Bangkok Post. “In the past, people in Ban Nam Khem rarely talked to one another since we were from many different provinces and had diverse backgrounds. It was like we talked in different languages.” Some villagers set up a centre to distribute donations; others established a meeting place where people could discuss their problems, meet with NGOs and plan solutions.

"The tsunami is my greatest teacher,” continued Jongkraijug. “It has taught me that we can die anytime. But when we are still alive, we should never stop learning and improving ourselves and our communities.”

To learn about volunteer opportunities with the organizations featured in this story, read Volunteer Opportunities in Thailand.

When she left her hometown of Kapuskasing, Ontario, Julia embarked on the travels that would eventually take her through Guatemala, Jordan, India, Laos, Cuba, Ireland, China and more. Julia has a Bachelor of Fine Arts from York University and has been a letter carrier, ESL teacher, women's shelter counsellor, editor and journalist. She's the author of Pink Planet, a monthly travel column in the Toronto Star. Julia has shared a National Magazine Award, and received three Ontario Arts Council grants.