Nearly two years after the start of the pandemic, many wildlife conservation centres and animal sanctuaries are in dire need of help.

I awoke to the sounds of dinosaurs.

As I drifted out of sleep, my eyes slowly adapted to the blue glow of early morning. The boisterous roars filled the air. It was hard to believe that the deafening cries echoing across the Guatemalan jungle were actually coming from such small monkeys—nature’s alarm clock.

Howler monkeys are among many residents at ARCAS (Asociación de Rescate y Conservación de Vida Silvestre) in Guatemala where I travelled to volunteer in 2019. ARCAS rescues, rehabilitates and releases animals that are victims of wildlife trafficking and the illegal pet trade back into the wild.

While ARCAS employs many locals in Guatemala, they also rely heavily on international volunteers to help with the daily care of the birds, crocodiles, turtles, anteaters, monkeys and more. The commitment to each animal is often long-term, as it can take between two and four years to rehabilitate a parrot and up to eight years to rehabilitate a monkey.

But when the world came to a standstill in early 2020, international volunteer projects like ARCAS stopped receiving the hands-on help that they rely upon to survive. Now, more than a year later, many wildlife conservation centres and animal sanctuaries are in dire need of help. Centres that usually have between 30 and 50 volunteers at a time are scrambling to operate with only a handful of permanent employees.

Staffing isn’t the only concern. Many don’t receive government funding to operate and, instead, rely on the donations that come from volunteers and their friends and family, and educational presentations to tour groups.

As people become fully vaccinated and resume travelling, it’s more important than ever to consider volunteering abroad to help wildlife conservation projects and animal sanctuaries. Not only have many wildlife rehabilitation programs suffered, but the pandemic has had a ripple effect on the welfare of vulnerable and endangered wildlife. For example, communities that usually depend on ecotourism have been being forced to resort to poaching as a source of income.

It's big business. Wildlife trafficking is the third-largest illegal trade in the world, after narcotics and weapons, worth USD$10 billion per year. Poachers target over 5,000 different species, which are then sold as pets, meat, décor or traditional medicine.

Centres that usually have between 30 and 50 volunteers at a time are scrambling to operate with only a handful of permanent employees.

“Early on [in the pandemic], there was disruption to the supply chains that wildlife crime syndicates relied on, but they found ways around this,” says Gregg Tully, executive director of the Pan African Sanctuary Alliance (PASA), a coalition of primate sanctuaries and wildlife centres.

In fact, he notes that the largest rescue in PASA’S 20-year history happened in 2020. A truck illegally transporting 20 wild-caught monkeys from the Democratic Republic of Congo (DRC) was stopped crossing the border into Zimbabwe. The traffickers were arrested and the monkeys were repatriated back to the DRC, where they’re now living in a wildlife sanctuary.

But not all stories have happy endings. In 2018, Spix's macaws—popularized by the animated movie, Rio—became extinct in the wild due to deforestation and the illegal pet trade. The last male northern white rhino passed away in 2018, the victim of demand for rhino horns in traditional Chinese medicine and dagger handles in Yemen. And in June 2020, Ethiopian poachers killed at least six elephants in the single largest slaughter in memory (by comparison, 10 elephants were poached in Ethiopia throughout all of 2019).

Poachers aren’t just driven by profit, though. According to Nikki Wheeler, volunteer coordinator at LAST (Latin American Sea Turtles) Association, COVID-19 also created economic issues that drove an increase in poaching, such as families hunting and fishing to feed themselves during times of financial strain. As there weren't any volunteers to monitor the beaches and protect sea turtle eggs in 2020, illegal hunters gained the upper hand.

“The empty beaches at our sites spells death for the turtles,” says Wheeler.

How to find an ethical wildlife volunteer opportunity

While I’ve always had enriching and fulfilling experiences volunteering abroad, it’s vital to choose and support centres that prioritize animal welfare and community leadership over the experiences of tourists.

“Wild animals are not entertainers. If someone is telling you that a wild animal is here for you to ride, cuddle or treat like a domesticated species, I would steer clear,” she advises. For instance, some facilities in South Africa accept volunteers to operate under the false pretense that they are conservation projects. In reality, the volunteers that hand-raise and cuddle the lion cubs are actually exploiting captive lions that are bred and sold to eventually be killed by trophy hunters in canned lion hunts.

A responsible organization should also take care to protect the safety of its volunteers—and the animals in their care. Wheeler advises seeking out projects with a proven track record, that are affiliated with national authorities (such as having the proper government permits to operate), and that thoroughly vet and train their volunteers.

“We pay special attention to training volunteers,” says Wheeler. “Volunteers take away expert knowledge of how to carry out actions ‘hands-on’ with nature and in a tropical country.”

While borders are now reopening, wearing masks, practising social distancing and following safety procedures is that much more critical abroad, as there’s still a lack of vaccine availability in many places around the world. This isn’t just for the safety of locals and fellow volunteers—it helps keep the animals safe, as well.

“We have seen animals in zoos, conservation centres and fur farms all test positive for COVID-19,” says Livingstone.

Gregg agrees: “Volunteers would do well to ask what the wildlife centre is doing to protect the animals from disease, and to look for one that is accredited through PASA or another organization such as GFAS (Global Federation of Animal Sanctuaries).”

Organizations that are seeking volunteers to support endangered and vulnerable animals

Animal sanctuaries are eager to have volunteers back. Volunteers can participate in many anti-poaching efforts, such as patrolling Central American beaches at night to protect sea turtle eggs or removing wire snares from the grounds of wildlife preserves in African countries. For every wire snare that a volunteer removes, one animal's life is potentially saved. When trafficked wildlife is rescued and transferred to conservation centres, volunteers can help rehabilitate and eventually release these animals back into the wild. These projects require a lot of hands-on experience over lengthy periods of time.

Animal Experience International places volunteers worldwide, but here are some other organizations that work closely with animals that are seeking volunteers both now and post-pandemic:

You will work directly with sea turtles and their critical habitats in Pacuare or Osa, Costa Rica. During the nesting season of May and November, this may include patrolling the beach to protect nesting turtles and hatched baby turtles. Volunteers are needed year-round, though, for maintenance work, beach preparation for turtle season, and support within the Osa rescue centre.

The minimum participation is one week, with costs ranging from USD$280 to $420 per week, which includes lodging, meals, orientation and training. latinamericanseaturtles.com/volunteer-programs.php

As a volunteer with this South African organization, you’ll support these primates by constructing new enclosures and facilities. Or, if you visit between November and February, you may work with orphaned babies directly, by mixing bottles of milk, preparing food and administering medicine.

While two or three-week stays may be considered, the association prefers volunteers to stay for a minimum of four weeks. The cost of a four-week stay is approximately USD$950, including food, accommodation and training. Discounts are available for three and six-month stays. vervet.za.org/volunteering

The only wildlife sanctuary in Malawi, this is an opportunity to help animals rescued from the bushmeat or pet trade. Volunteers help feed and create enrichment activities for the animals, alongside providing support to the vet clinic and learning about rehabilitation techniques. They also participate in outreach activities, providing education about wildlife to local schools.

The opportunity lasts anywhere from two to 12 weeks, with costs starting at USD$1950 for two weeks, including accommodation, vegetarian meals, airport transfers and a local SIM card. lilongwewildlife.org/volunteer-programmes

ARCAS has two locations in Guatemala. The first is a wildlife rescue centre in Petén, which is one of the largest and most complex rescue centres in the world, receiving up to 600 of more than 40 species each year. Volunteers work mostly with birds, monkeys, turtles, anteaters, and crocodiles, with tasks including feeding, cleaning and creating enrichment activities.

The other is a sea turtle and mangrove program in Hawaii, Guatemala, where volunteers take part in nocturnal patrols in search of nesting sea turtles. Volunteers collect the eggs and bury them in the hatchery.

The minimum participation time is one week, and the cost is USD$250 for the first week (USD$200 for each following week). This includes accommodation, three meals a day, airport transfers, and training. arcasguatemala.org/volunteering

Since volunteering at ARCAS, I continue to stay updated with the organization on their social media pages. They’ve since released animals back into the wild, and I often wonder if those animals were some of the ones that I fed and cared for.

While volunteering to help animals is hard work, it’s incredibly rewarding. When I volunteered at ARCAS, I came away with new skills, friendships, stories and a deeper understanding of the world around me. As we return to travel, it’s time to think about the ways we can transform from tourists into advocates for something greater than ourselves. 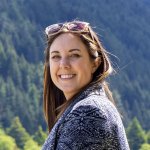 Lauren Yakiwchuk is a blogger and content creator at Justin Plus Lauren and Ontario Hiking. She writes about outdoor adventures and eco-friendly travel, especially responsible wildlife tourism. Lauren loves cooking vegan meals, drinking lots of coffee and caring for her two rescued cats.