Travelling Home: Diaspora Youth In Search of Their Roots

It was a trip that was meant to change her life. At 19, Judy Mai went to Vietnam to attend music school and meet her biological father.

“Studying there was much cheaper than in the United States and Germany,” says the Berlin-based singer and songwriter, who immigrated from Vietnam when she was just a baby. “But I also wanted to address the difficulties I had with my identity.”

Mai grew up in Germany’s southern state of Bavaria in a rural, predominantly white village, and struggled with racism and bullying. A stint attending high school and living with family in California only left her feeling more unsure about her place in the world.

“I thought I was German, but I didn’t look German,” she explains. “It was really confusing.”

So, when she graduated from secondary school, Mai decided to live in Hanoi—near the harbour town where she was born—in the hope that it could be a full-circle experience for self-discovery.

“I thought, perhaps there would be an understanding for me there about how the Vietnamese mindset and German mindset could be so different, but also come together,” she says.

She’s not alone. In Los Angeles, Anay Katyal, a 25-year-old postgraduate student and first-generation American, finds comfort in his friendship with other diaspora youth, particularly in seminars in his global studies program. But he still wants to go one step further: Next year, he plans to go on an exchange to Jawaharlal Nehru University in New Delhi, where his parents are from.

“This is me trying to tool myself to be a global citizen,” he says of what will be his first solo trip to India. “Being as intersectional and global as possible starts with an integral, critical, unapologetic understanding of my background.”

The modern-day pilgrimage of diaspora youth

Mai and Katyal are among a growing number of diaspora youth travelling to their ancestral home countries in search of answers concerning their identity and in the hopes of connecting to their roots. Many see study, work and volunteer abroad programs as opportunities to create new cultural bonds and understanding about the places they and their families hail from.

A 2010 study by the Migration Policy Institute found that in the United States, immigrants were 46 per cent more likely to volunteer internationally than native-born U.S. citizens. Of the nearly one million U.S. residents who volunteer abroad yearly, nearly 200,000 are first- and second-generation immigrants.

Several non-profit organizations have programs targeted toward travel for diaspora youth including the European Union Global Diaspora Facility and the UN Migration Agency. One of the most well-known is Birthright Israel, which, since its inception in 1999, has offered free 10-day heritage trips to Israel to hundreds of thousands of young Jewish adults from all over the world.

"The idea of 'going home' adds an extra layer of nuance and pressure beyond your average gap year adventure.”

Many of these youth grew up in the Global North, but have roots in the Global South, which can give the feeling of an incongruent reality within oneself, especially when factors such as economic power, privilege and race come into play. For these young adults, the idea of “going home” adds an extra layer of nuance and pressure beyond your average gap year adventure, explains author Anu Taranath.

From struggle to strength

Taranath wrote Beyond Guilt Trips: Mindful Travel in an Unequal World, a book aimed at helping young Westerners navigate international travel, and especially travel to low-income countries in the Global South, in a historically conscious and culturally sensitive way.

“For second-generation [immigrant] kids, biracial kids, and multi-racial diaspora, study and work abroad programs can have a very different resonance [than for other people],” she explains, noting well-intentioned travellers may also be facing issues related to racial justice, human rights and colonialism. “It means addressing core pieces such as, ‘Who am I? What does it mean to be enough? What does going home mean?’”

According to Taranath, study, work and volunteer abroad programs lay the groundwork for diaspora youth to explore as individuals, yet with a structure and purpose that can help solo travel seem less daunting. Taranath, who is Indian and grew up in the United States, completed part of her undergraduate degree in India.

“Before that, I had been to India a few times as a granddaughter, a cousin, a niece and so on, but that is a very different context than being on your own,” she explains. “Being there helped me contextualize my family a lot. They went from being the people who were holding me back from being white, to a people with their own history and story that I came to understand. That was a huge shift.”

Taranath says the experience brought her inner struggle with “not being Indian enough or American enough” to the forefront, and resulted in a breakthrough: “I realized that no matter what I do, it may never be enough to satisfy others,” she says. “So, I learned to not hold onto that so tightly.”

She explains that this understanding is a building block in a career spanning 25 years of teaching, speaking and consulting on diversity, racial equity and social change.

“The more comfortable I’ve gotten with that [struggle], the more I’m able to guide my students with grace,” she says. “The journey of not being enough or fitting into traditional categories, and that being something shameful or that I mourned, instead has shifted into a superpower.”

Be patient and manage expectations

For Mai, the year in Vietnam was not easy. Her German upbringing and accented Vietnamese set her apart from other students. Wearing a school uniform made her vulnerable to body-shaming, she says.

“I wanted to connect so badly with the culture, but it shocked me how mean some Vietnamese people could be,” she says, recalling an incident in which a bus driver called her fat. Similarly, meeting her biological father was less fulfilling than she had hoped for, leaving her with deep feelings of conflict about the decision to study in Vietnam.

According to Taranath, this is a common occurrence for many diaspora youth who may realize that finding a sense of self is not as simple as “plugging up the holes that we feel in our identity.”

She advises young diaspora travellers not to be too hard on themselves and understand that what they’re going through is natural. “Wanting to go ‘home’ to fix all that has felt wrong about who we are can only go so far,” she says. “Anything that is so high stakes is bound to disappoint.”

Taranath explains that while diaspora youth can never expect to erase their hurt or longing through travel, it can at least provide them with a new understanding or ethos about their identity: “When we start to think about ourselves from a perspective of abundance as opposed to lack, it can be powerful.”

The affordability and accessibility of travel in normal non-pandemic times will surely continue to create a footing for diaspora youth to seek out study, work and volunteer abroad opportunities in the future. Despite how difficult and confusing these travel experiences can be, diaspora youth can come to understand a lot about their inner self by exploring the outer surroundings of their ancestral homeland.

While Mai’s experience in Vietnam wasn’t exactly as she envisioned, it allowed her to learn more about herself. While abroad, she turned to music as therapy, penning songs like Selflove, a feel-good anthem about self-acceptance: “I used to be so insecure / Used to think I’m not enough … took me a while, but now I realize / I know who I am and I know where I stand.”

Meanwhile, the opportunity to learn from one of the top vocal coaches in Vietnam helped her become “really proud of being Vietnamese.”

“After that trip, I stopped being embarrassed and trying to hide it,” she says. 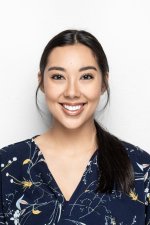 Barbara Woolsey was raised on the Canadian prairies by a Filipino mother and Irish-Scottish father – and that multicultural upbringing has fuelled a life's passion for cross-border storytelling. She is based in Berlin, Germany.