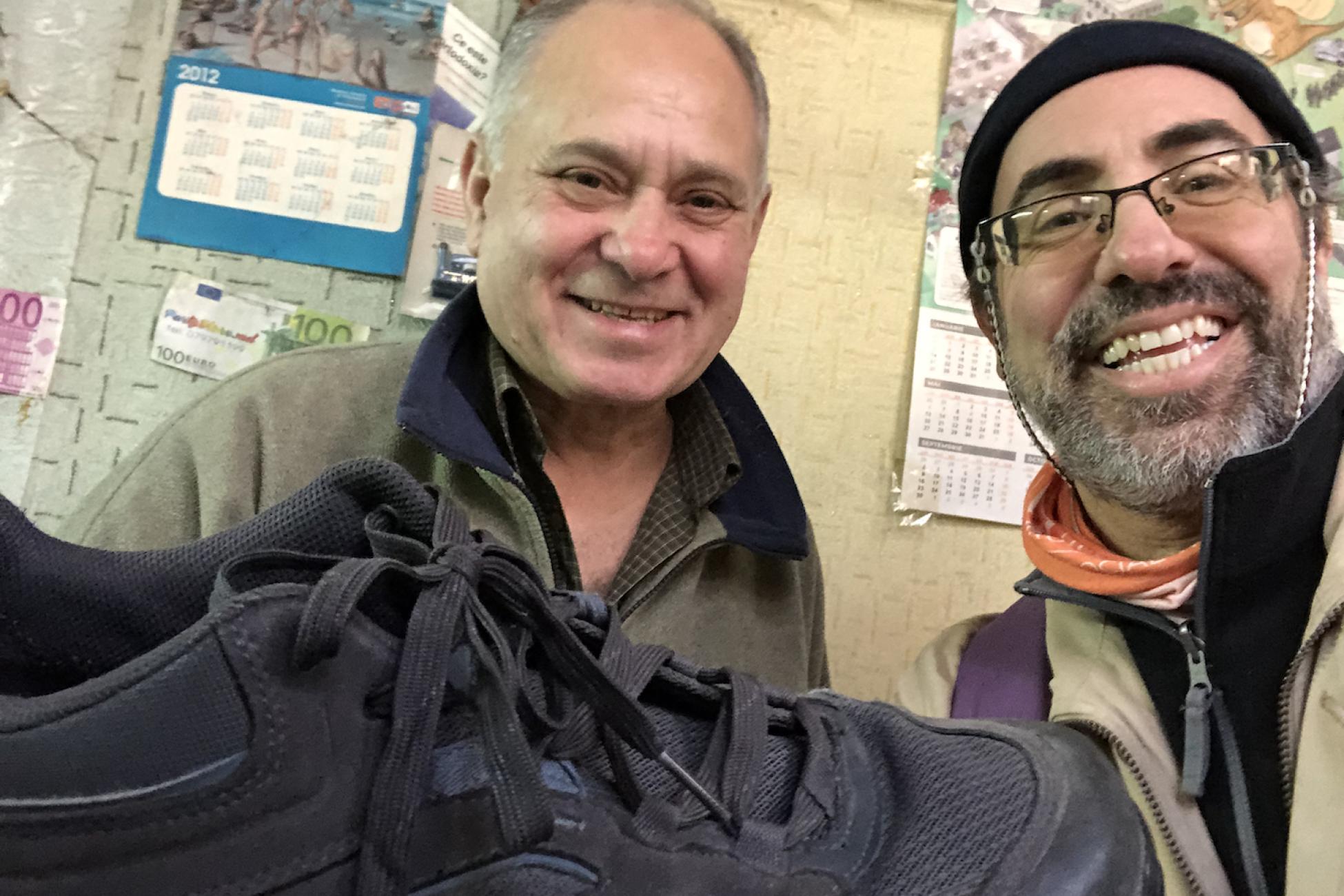 Everyone here has ideas for social programs to make Moldova great—even the cobbler around the corner.

Moldova is a country where social entrepreneurship is everywhere. Students, young adults, and almost everyone I meet—they all have ideas to make Moldova great.

I noticed this energy first when I lived in Belarus, I’ve seen it in Nigeria and Uganda, and I’m seeing it again here in Moldova. This time, when I went to pick up a pair of shoes from the neighbourhood cobbler.

"As dori un program pentru copii fără mame fără tați. I would like to make a program for orphan children," he told me.

I first came to Moldova in the summer of 2021 to lead week-long workshops at both America House Chisinau and America House Balti. The topic of the workshops was “Social Entrepreneurship for Civic Engagement.”

In each workshop, I shared the basic framework of social enterprises—innovating, generating revenue, and meeting a social need—and gave examples from all over the world including Moldovan examples.

The best example here in Chisinau might be Open Gate Kitchen, whose goal it is to create a viable lunch delivery service (and hopefully a café) while at the same time offering culinary arts training to young women from distressed family situations which might make them vulnerable to human trafficking.

At the end of each week, participants in my seminars were expected to present ideas for their own social enterprises. Naturally, these focused on kids, the environment, and the elderly.

The most creative one was to use stationery bicycles to generate electricity to power a theatre in a small town. The budget was tight, kids in that town were bored and inactive, and this would cut costs and provide entertainment and exercise at the same time. (The only challenge was the name: Educise or Exertainment?)

An idea that stands out from Nigeria was a school where daily “tuition” was paid by students collecting plastic bottles from the polluted Lagos lagoon, which were sold for recycling.

The “second world” is a coiled spring

Most people have heard the dubious terms "first-world country" and "third-world country." But ask people what is the so-called "second world" and they are likely to draw a blank.

Belarus has, unfortunately, gone completely to the dark side, with President Lukashenko (who refers to himself as "the last dictator in Europe") operating that otherwise wonderful country as a puppet state of Russia.

In Moldova, the recently elected president, Maia Sandu, is all-in with the US, EU, and UK. This, of course, makes her the target of billionaire-backed protests from village people in Moldova who are paid 20 euros a day to clog streets in the city centre and shout “JOS MAIA SANDU!” ("Down with Maia Sandu!") relentlessly.

But the similarity in these countries— and part of the reason I became captivated with both—is the entrepreneurial energy of so many people. They want to improve their countries through social enterprises.

The cobbler around the corner

This brings me back to my neighbourhood cobbler. I brought very few things to Moldova—choosing instead to buy an entire “new” wardrobe at local thrift stores—but one thing I brought was a very comfortable pair of walking shoes.

I hike at least 10,000 steps a day through the city, and the tread on my right heel wore through quickly. Not wanting to cast these shoes aside—a very “first world” way of thinking—I scoured the neighbourhood for a cobbler. I knew there would be one, because people in poor countries don’t dispose of things easily.

When I went to pick up my shoes, the cobbler first asked if I could help with his idea: he excitedly told me how he wanted to train orphans in the trade of shoe repair in hopes they could have a career like his.

Here’s an older guy, who might have been an orphan himself—I don’t know—operating out of a literal hole in the wall of a huge Soviet-style block building. But like many people, he’s got a great idea that he’s passionate about which will improve the lives of a few other Moldovans.

That’s Moldova in a nutshell and why I love the energy I find in the so-called “second world.”