Modern Moldova: The Small Country with a Big Heart 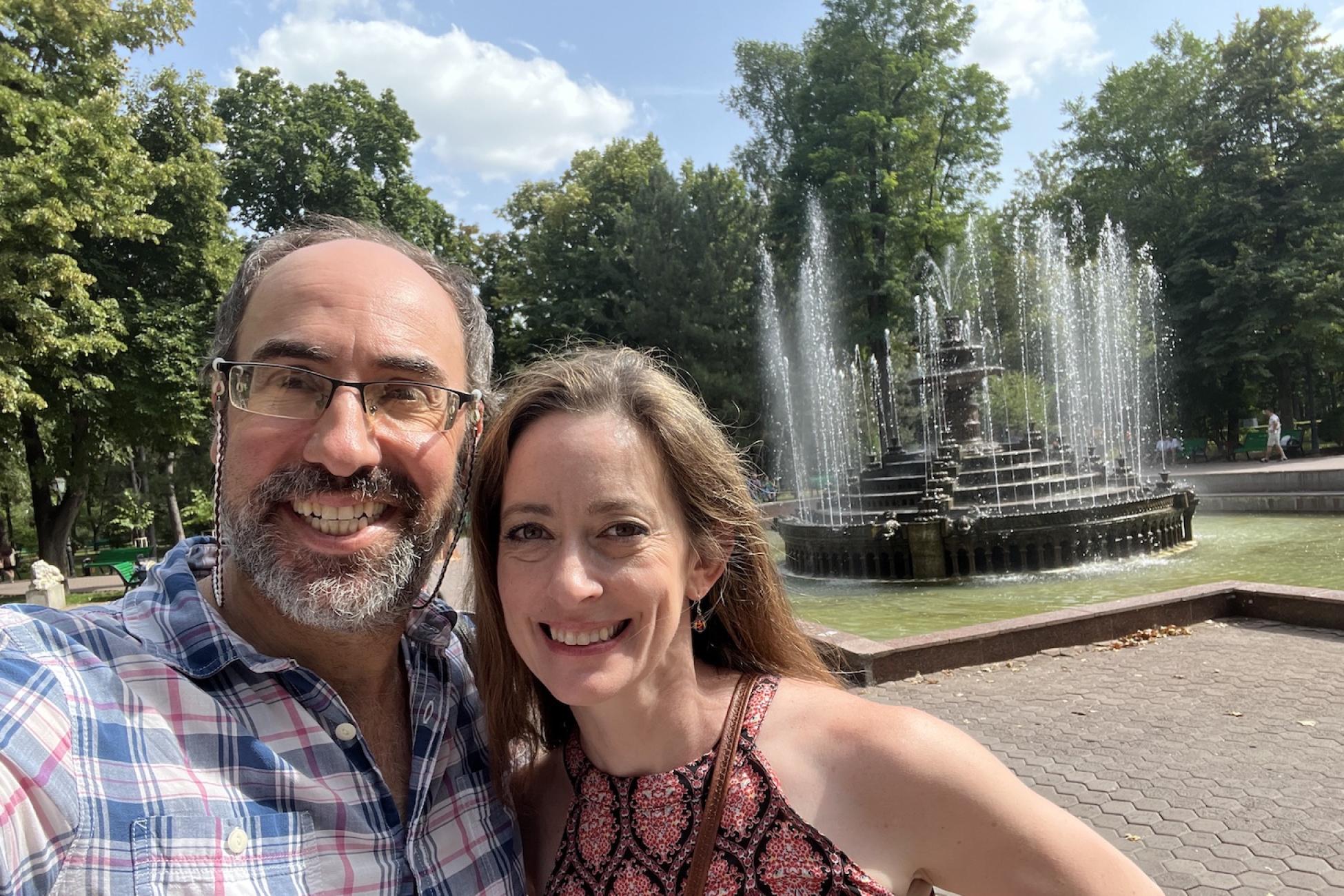 The writer and his partner in Moldova.
By  Robert Eckhart

Go ahead and admit it—you've probably never heard of Chisinau.

Go ahead and admit it—you've probably never heard of Chisinau and certainly couldn't place it on a map.

Don't feel bad. This time two years ago, I couldn't either, and now I'm here for the second time in as many years and will be here until next June as a Fulbright Scholar.

I will be in Chisinau this academic year as a visiting professor at Pedagogical State University. My wife, Brieanne Beaujolais, is also a Fulbright Scholar and will be conducting research on gender-based violence (GBV) through the Gender Center at Moldova State University.

Our first trip here was summer of 2021. I conducted two, week-long workshops at the America House Chisinau and America House Balti on "social entrepreneurship for civic engagement" and my wife led some impromptu sessions on empowerment self-defence.

Brieanne and I were very enamoured of the energy we felt in this country and decided to try and come back as Fulbright Scholars. What we witnessed last year was a couple of very livable cities populated by people who were quite welcoming and authentic.

We loved the parks, cafes and restaurants. To be honest, Moldova is a little bit of a time capsule, in all the best ways. Imagine what Rome, Paris, and Prague would be like without so many tourists and the homogenizing impact of Western capitalism. If you’ve ever thought you’d like to see what those cities looked like 30 to 40 years ago, come to Chisinau.

It is so easy to walk around and feel the same vibes I felt in Venice and Havana, whose architectural high point was the 1950s. The parks here are filled with rose gardens, fountains and cute cafes with decorative strings of lights and ornaments hanging from the trees. There are little wooden tables and chairs all around filled with people enjoying their best lives.

The biggest difference between 2021 and 2022, though, is obviously the impact of the Russian invasion of Ukraine. More than 500,000 Ukrainians have come across their border with Moldova, and many of them have temporarily settled here.

Moldova has welcomed Ukrainians with open arms. Previously known only as “The Poorest Country in Europe,” its new motto is "The Small Country with a Big Heart." In all the shops and stores, we hear Ukrainian being spoken. Moldovans are exuberantly welcoming these refugees, not all of whom are destitute. For better or worse, they are a new economic engine in Chisinau.

Nationality in this part of the world has always been fluid, with country boundaries shifting regularly. Moldova draws its original roots from the Principality of Moldavia, which emerged in the 1300s. In the mid-1400s, the great Moldovian hero, Stefan cel Mare, held off invasions by the Ottoman, Polish, and Austrian Empires. But by 1498, this region came under the rule of the Ottoman Empire for a few hundred years.

By 1812, the Russian Empire had expanded through the eastern half of Moldavia, which became known as Bessarabia, and stayed under Russian rule until after the Crimean War, when parts of it were returned to Moldavian rule (1856). Next, Moldovia joined with Wallachia (1859), forming Romania, but by 1878 Romania returned this territory to Russia.

Seizing on the opportunity provided by the Russian revolution and the dissolution of the Russian Empire in 1917, the Moldovan Democratic Republic emerged for a few decades, though the Soviet Union still considered this their territory illegally occupied by Romania.

In 1940, the disastrous Molotov-Ribbetrop pact provided that the Soviet Union would not invade Romania if they would give up Moldova. Hence, Moldova was part of the USSR until it crumbled and Moldova gained its independence in 1991.

Moldova in the 21st century

By the time of its independence from the USSR, Moldova's population had reached over 3.5 million, but it began losing almost 2 percent of its population annually. Today, it's around 2.5 million—or, it was, until the surge of Ukrainians entered the country.

Moldovans can be found everywhere in Europe (and the UK) where there’s work to be done. They leave in pursuit of better employment prospects and often leave their kids behind. This week, I met an 18 year-old in her final year of secondary school whose main consideration about matriculating to university is taking care of her 10- and 12-year-old brothers.

Like her, the people in Moldova who remain are resourceful, industrious, multi-talented, and love their country. I tried to suggest she was a hero for taking care of her younger siblings. “No, I'm not," she said, without hesitation, "I’m just Moldovan.”