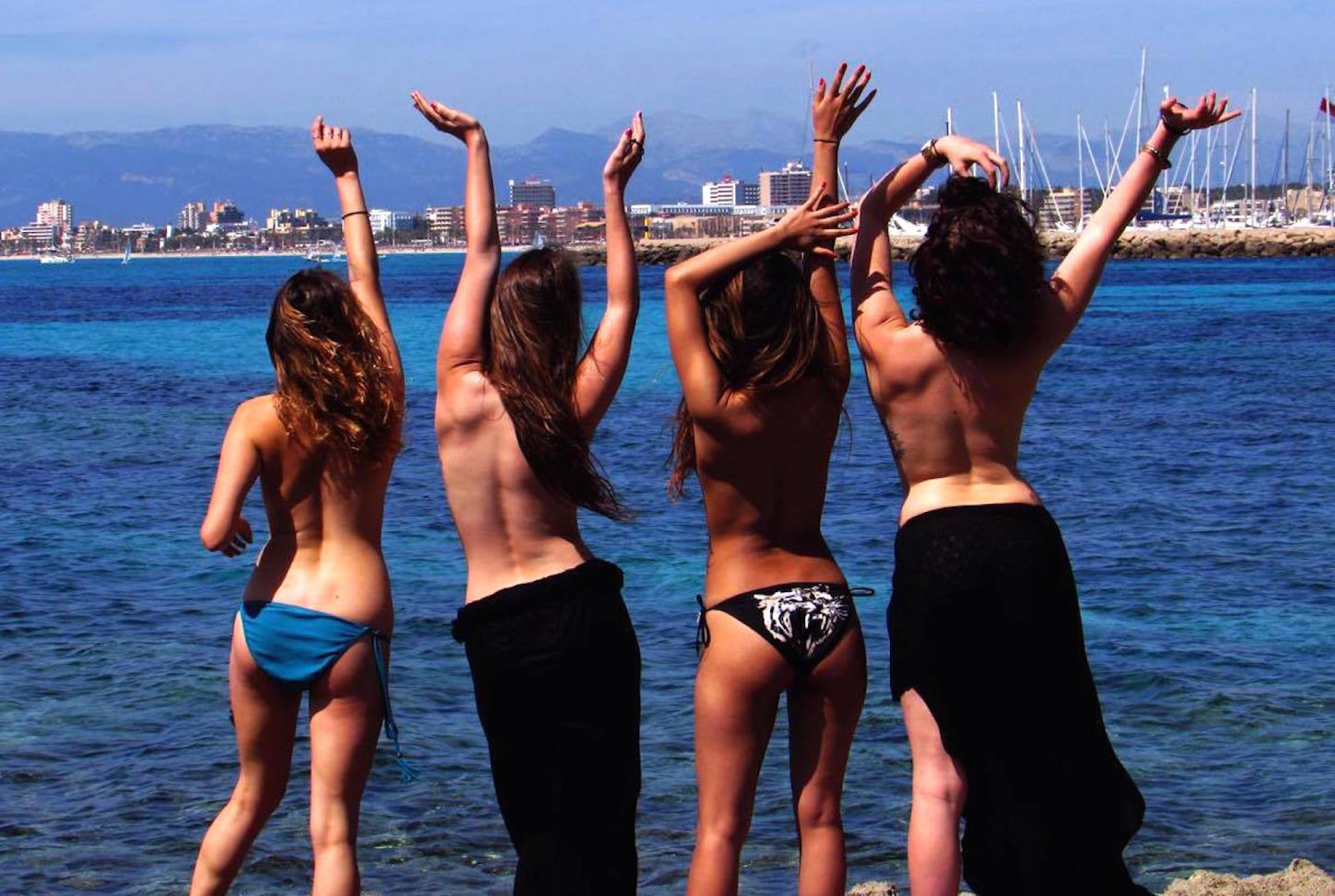 After 90-hour workweeks in New York, I thought moving to Spain would just be a stress-free siesta with some teaching in-between. Within the first month, reality set in and knocked that vino tinto—or in my case, cafe con leche—right out of my hand. As time passes, I continue to fall in love with the Spanish culture. However, the emphasis is on the "fall," as I’m still learning and making mistakes.

Here's some of the key difference that I've encountered so far between Spain and the United States:

Food isn't meant to be consumed on the run.

Amidst a full six hours of classes sans breaks, I walked into class to see my 7th graders hysterically laughing. Confused, my teacher told me to “Finish your coffee in the hallway, please.” I’m sure I looked clueless, because she went on to explain that students aren’t used to seeing someone with a coffee to-go.

In Spain, eating and drinking is something to be cherished and enjoyed. Not rushed to class or anywhere else.

As if I wasn’t already feeling like a foreigner, I started to get the sensation that everyone was staring at me. So, my inner New Yorker gave an awkward half-smile to the old man next to me, who wasn't hiding his interest in me and my text message. The gesture was returned with a blank stare and then back to my phone.

Staring in Spain isn’t considered rude. Now, I can usually spot an American by who awkwardly shies away from eye contact.

Unless we’re talking about the beach, you might notice the reverse. Cultural wake-up call number three: topless women on beaches are nothing out of the ordinary. No one stares or seems to notice for that matter. Because of this, naked women—and from my experience, nudity in general—is much less of a taboo. I’ve never seen a student flinch when teachers have art with nudity in a presentation, something unheard of in New York.

When I finally thought I was getting a grasp on the culture, sitting down enjoying my cafe largo con leche, the waiter reassured me there is always more to learn. I thanked him for my additional azucar. “Why do you keep saying thank you?" he asked, "I am just doing my job.” Yes, it’s true that you don’t tip in Spain, so encounters with wait staff seem to be a bit more genuine.

Saying hello before every encounter is respectful. My Spanish roommate went to the States to teach for a year, and was shocked by the people on campus who gave her dirty looks after she greeted them with a bubbly “hola.”

On the contrary, I was shocked by all the people saying “hi” to me in the hallways of my bilingual high school in Madrid, even after I just had coffee with them 10 minutes ago. Before demanding your destination in the taxi, before placing your Starbucks order and before asking the barman for your cerveza, saying “hola” is appropriate.

It's a slower pace of life.

Spain in general has a different pace than New York. I admire this greatly because people really savour the beauty of life. In New York, I was even in a rush to do the things I love.

On our way to the bars in northern Spain my roommates pointed out my very determined stride. “Estamos paseando,” they said in an almost song-like tone. “We’re taking a stroll.”

It’s especially true on the streets in the city. When I feel myself getting frustrated for being stuck behind a group of people that seem to barely be moving, I remind myself to take a deep breath and “pasear.”

Growing up in a diverse city in the Hudson Valley inspired Victoria Adamo’s life-long love for the Spanish language. It brought her to study abroad in Spain, where she has since returned to teach English. She adores getting lost and talking to strangers. She has no fixed plans to return home.