You are here: Home/ Articles/ Work Abroad/ Articles/ The Business End of the Shovel

The Business End of the Shovel 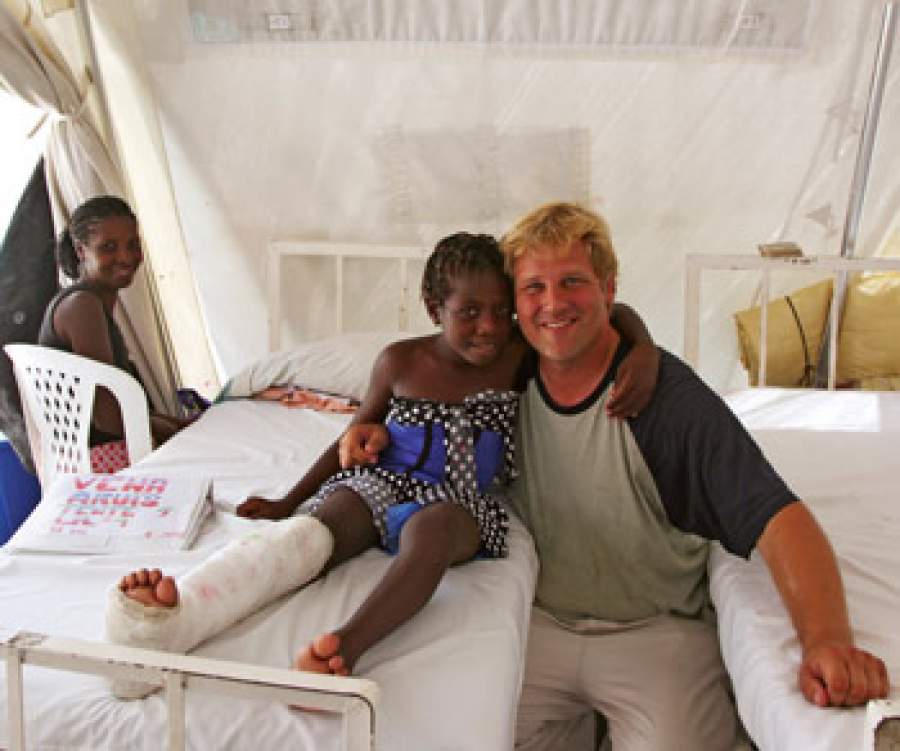 Non-medical personnel are essential to medical missions and relief work around the world. A former tree planter becomes part of the solution as a logistician with MSF.

Ivan Gayton arrived in war-torn Burundi with a background in tree planting and forestry- project management. On his first mission with Médecins Sans Frontières (MSF), the 38-year-old from Vancouver was tasked with overseeing the construction of a village hospital.

“We were the only medical facility in a region with a population of 50,000. The amount of illness was unbelievable. One doctor told me he saw more in two weeks in Burundi than in the last 20 years of his practice in the U.K.”

Not only were people suffering from injuries associated with war, and gender violence, but they were also afflicted with diseases and experiencing day-to-day traumas. “One fellow had his head split open over a debt of less than a dollar,” says Gayton.

The hardships and suffering he witnessed were unlike anything he had ever seen before, but he also was struck by a resiliency among the villagers that was inspiring. After completing the seven-month mission, he was hooked.

As a logistician, Gayton describes what he does for MSF as “the business end of a shovel.” His background as a tree planter and forestry project manager has prepared him well.

Logistical work is not the first thing that comes to mind for most people familiar with the work of MSF, or Doctors Without Borders, but logisticians and other support staff are an integral part of every mission. Each year, thousands of non-medical staff provide safe, efficient and hygienic environments for doctors, midwives, pharmacists, lab specialists, nutritionists and nurses, among others, to carry out their work. In 2010, non-medical personnel made up 44 percent of MSF’s national and field staff with 91 percent hired locally in the countries of intervention. The work attracts a range of people with experience in human resources, water and sanitation, finance, administration and, of course, logisticians like Gayton.

“At my last job, I was organizing vehicles, generators, tents, radios, satellite phones and latrines for tree-planting crews in British Columbia. The MSF missions are similar but with additional medical logistics, such as cold-chain systems so vaccines don’t break down,” he explains.

Constructing hospitals and making sure they run smoothly is the main focus of Gayton’s work. “At the beginning of a project, I run around a village looking for guys with saws and hammers and nails. I ask them and their friends if they’ll be the builders; for them it’s like hitting the jackpot,” he says.

Setting up operating theatres, maintaining a sterile environment and finding a consistent supply of electricity come next, followed by hiring cleaners, guards and support staff. He is also responsible for ensuring the volunteers have everything they need—from a roof over their heads to food and water.

Since joining the organization in 2003, Gayton has served in Darfur, Chad, Central African Republic, Pakistan and Haiti, as well as Burundi. During the mission in Pakistan, his focus was on build a hospital for maternal and child health care. “It was in a forsaken corner of the country with a very high infant mortality rate," Gayton explains. "MSF does what no one else can or will do. That’s what I love the most about the organization.” The work is not without its challenges, of course. Gayton says one of his toughest jobs is forecasting the amount of supplies, like medication, that will be required in the coming months; he must plan his purchases far enough in advance that these supplies arrive from warehouses in Europe when they’re needed.

For most relief workers, burnout can be a big problem, but—so far—this has not been the case for Gayton.

“The work is so compelling and has given me a sense of being part of a solution,” he says.

In the downtime between missions, which usually lasts around nine months, Gayton fills his days with forestry restoration projects in British Columbia and public presentations about his work with MSF. He admits that coming home after a mission can be rife with reverse culture shock. Suddenly having access to hot and cold water straight from a tap, and listening to so-called first-world problems can seem trivial, especially when taking into account that in some African regions a surgeon only earns $500 CDN a month.

“Canada is like Disneyland,” he says. “We don’t realize we are lottery winners. We have access to health care, education and employment. The most important thing is that we can choose to leave. In the places I go with MSF, people do not have choices.”

Psychological debriefing sessions with MSF, however, helped him remember that any suffering is still suffering.

“They told me not to get cocky. I needed to retain my empathy. If I lost that, I’d lose my connection to my home community and to humanity in general.”

Gayton is currently in Amsterdam attending an MSF training course for senior management. “It's quite an honour. I'm among a high-performing group of people including heads of missions and other senior field positions.”

What does he tell people who want to follow in his footsteps? “If you like travelling, learning languages and going to places that most other people will never experience, it could be for you. The pay is lousy, but the reward is the enormous amount of satisfaction you’ll feel.”